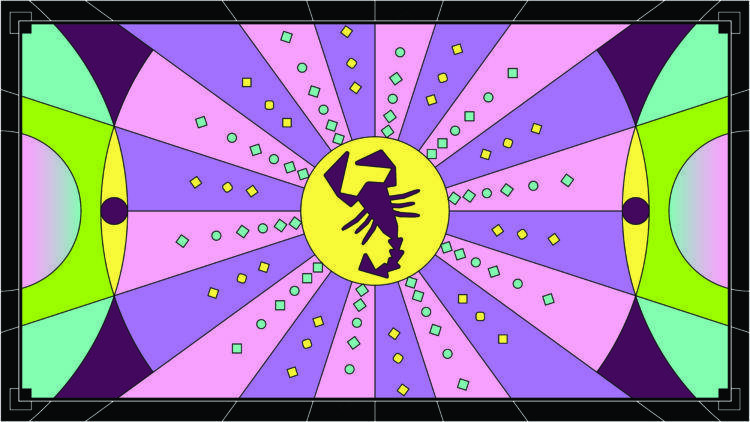 The Sun is in the sign of Scorpio until the 21st of November. In this article, I’d like to demystify a few clichés about the sign of the scorpion — considered one of the most challenging cycles of the year — and point out a way to get the best out of this period with the help of the cosmos.

In order to do so I invited my colleague, friend, kabbalah teacher, and astrologer Amir Rehan to talk. Amir, like me, has great influence from the sign of Scorpio in his astrological chart, and for that reason I chose him to talk. Since 2009, Amir Michael has been a Kabbalah teacher, personal trainer and Kabbalistic Astrologer, having read astrological charts in Portuguese as well as Hindi and Urdu. He strongly believes that through deep observation of the planet’s positions, along with Kabbalistic knowledge of a person’s day, week and month of birth, one can recognise the hidden symmetry that reveals a person’s spiritual beauty.

Amir explained that there is a very deep Kabbalah secret about falling that no sign of the zodiac can capture better than Scorpio. One of the main sources of Kabbalistic Astrology is an ancient text written over 4000 years ago called the Sefer Yetzira which attributes each sign to a Hebrew “letter” that holds the secret of the sign’s energy. And the letter that governs Scorpio is the letter Nun, which creates the word “fall” (“nefila” in Hebrew). Out of all of the signs of the zodiac, Scorpio has the most power to fall and rise, holding the secrets of rebirth, resurrection, regeneration. Our function as human beings is not to rise to the Light first — in fact we are here to fall into the dark and then make our journey to the Light. After all, only then will we be able to help others with the same kind of wounds. Therefore, Scorpio takes us into the dark (our fears, etc.), but when it leaves, we will be left with the strongest spiritual maturity of the zodiac that makes us able to help other people from the understanding we acquire during Scorpio’s dark processes.

Amir stresses that it is important to understand this and not get stuck in the dark, which is possible if one doesn’t understand the temporary purpose of experiencing the dark. He also says that all signs have positive and negative polarity. In the case of Scorpio, intuition can distort into distrust. Scorpio’s intensity can be channeled to destructive ends, but it’s all a matter of choosing the direction. That’s why it’s recommended for all Scorpio people to delve deeply into spiritual studies as this gives a positive focus to their energy, and they can make the best use of their Light, eradicating any negative aspect of their constellation — for some people, revenge; for others envy, fear, or belief in threat and persecution, and so on.

Amir explains this cabalistic concept that all negativity is born from a positive essence, as everything at the seed level is positivity. This pure place was called “yuli,” translatable as “the flame,” by the Kabbalists and the Greeks. Using this concept, we can find the purity and positivity behind absolutely any negative trait. Yes, of course, once our intentions deviate from its source, they become negative, and one needs to work to bring them back onto a positive path. Envy is born from a very pure source — it is the desire to receive more from the Universe. According to Kabbalah, we are here to appreciate all that we have, to maximize gratitude — but at the same time, to open up to receive more. Indifference, conformism, and a lack of desire or initiative is more “serious” an issue than envy, because envy indicates desire!

In kabbalistic astrology, each sign has an external and an internal element, and Scorpio is a water element externally. But its inner element is fire — symbolising desire, passion, intensity. The scorpion has an internal fire which is precisely the cause of its immense passion and desire, which can result in envy, but in essence (on the level that the Greeks and Kabbalists call yuli), it is very positive, and Scorpios need to be careful not to let their envy get out of hand.