A conversation with Flint Taylor about his book, The Torture Machine. 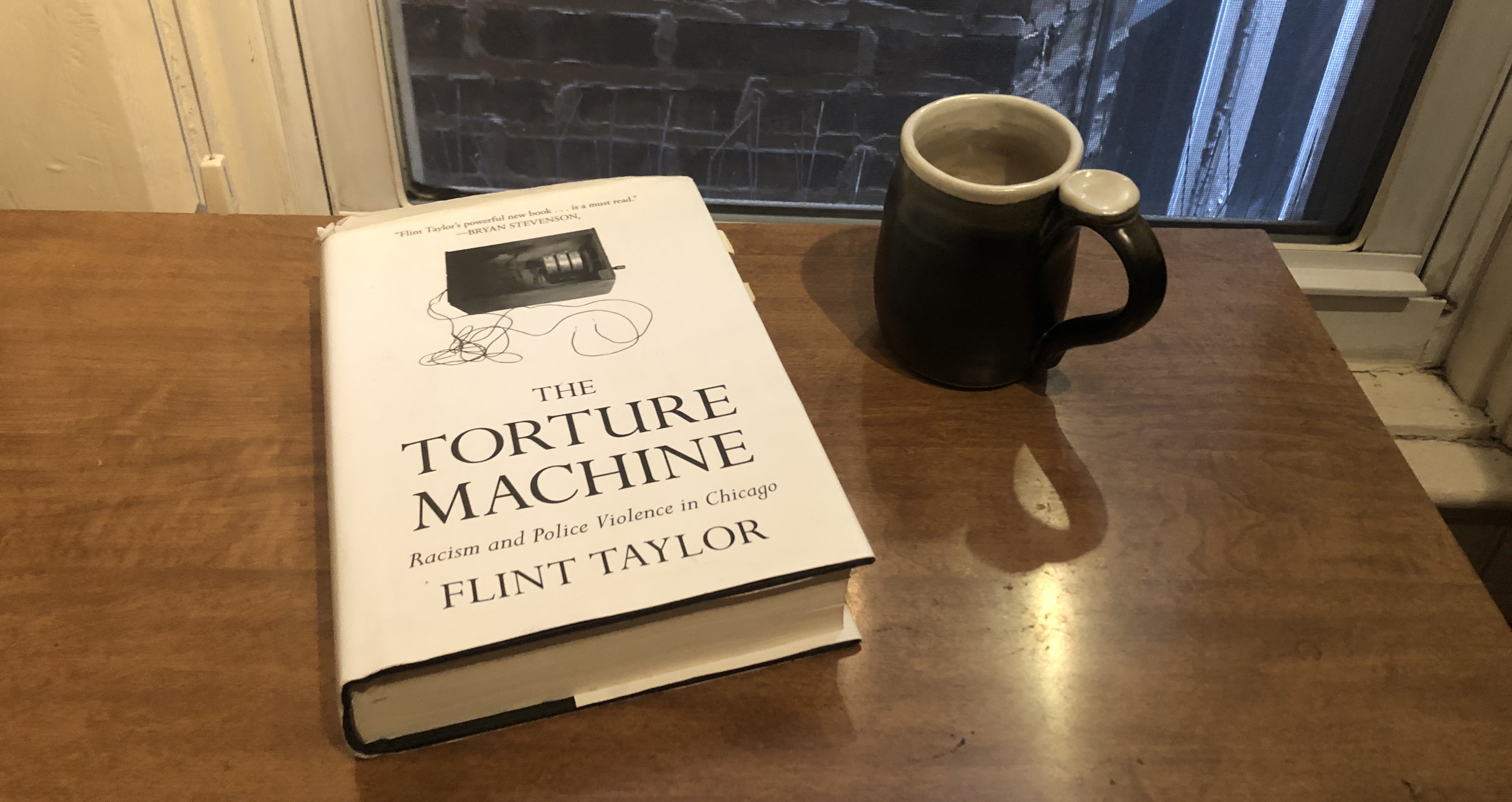 Civil rights attorney Flint Taylor’s early career dilemma was to figure out “how to be a lawyer and a human being at the same time,” he says in the first chapter of his book “The Torture Machine: Racism and Police Violence in Chicago,” which was released in the spring of 2019. Both the book and Taylor’s career begin with the 1969 assassination of Fred Hampton — then-chairman of the Black Panther Party’s Chicago chapter. Today, Taylor continues to expose racial injustices of Chicago’s past and present. It’s a history that spans decades and extends through “The Torture Machine”’s over 500 pages, recounted in police and court records, testimonies from victims and their families, media dynamics, municipal and federal corruption — all of which Taylor narrates in a manner that is as comprehensible as it is engrossing.

I sat down with Taylor in February near Noble Square at the People’s Law Office, which boasts an over 40-year legacy of legal action in support of civil rights for victims of police brutality, wrongful convictions, and other instances of government misconduct.

During his second year at Northwestern Law School, Taylor found himself in the blood-spattered apartment of the late Chairman Hampton, collecting evidence to be used in what would become a 13-year legal battle to prove the assassination of Hampton and another young Panther named Mark Clark. Taylor and his team worked to link the assassination to COINTELPRO, the FBI’s secret operation from 1956 – 1971 to gather intelligence in an effort to “misdirect” and “discredit” — in the words of former FBI. director J. Edgar Hoover — the work of black-nationalist activists. Taylor fought for the survivors of the assassination and the loved ones of Hampton and Clark, who finally received a $1.85 million settlement in 1982, a combined sum from the city of Chicago, Cook County, and the federal government.

By Chapter 2 of the book, Taylor introduces Jon Burge, the Chicago Police Department (CPD) lieutenant who initiated and oversaw the torture of over 100 black men between the years of 1972 and 1991. As the Hampton case came to a close, Taylor and his team commenced a decades-long search for testimonies from Burge’s victims. This testimony included harrowing details of physical and mental trauma — burns from cattle prods, suffocation, electric shocks to the genitals. Some victims endured so much pain that they confessed to crimes that they didn’t commit.

Taylor’s pursuit to hold Burge accountable abutted massive community action, the movement to end capital punishment in Illinois, and calls for reparations for Burge’s victims. Taylor recalls the reparations of the 2010s: “That was a remarkable intergenerational and interracial movement.”

“And so it went from ‘shoot-out,’ ‘shoot-in,’ ‘murder,’ to ‘assassination,’” explains Taylor. “It’s important not only to push people’s narrative, to push the truth of what you find out over the years, but you have to stay vigilant and do the best job you can in helping to educate all the people and give them the tools to be able to fight against the same kind of injustice. That certainly hasn’t gone away over the last 50 years. It’s still there in many different ways.”

Since publishing “The Torture Machine,” Taylor has sustained his effort to share his narrative through public speaking. “When I speak now, I ask people to raise their hands if they know who Fred Hampton is,” he says, adding that years ago, almost everyone would knew Hampton’s name; now, the show of hands is much more scant, so Taylor works to educate younger crowds about who Hampton was and what happened to him.

“Chicago has, as I think is reflected in the book, always had movements and people and organizations who have fought against police violence,” says Taylor. “It changes shapes, and changes people, and it changes what issues within the police and criminal justice — or injustice system —  that it focuses on — mass incarceration all of that. But yes, there’s been consistent resistance here. And organizing.”

Better Off Without Us?