Where Did That $281.5 Million Go? A CARES Act Infographic

Chicago got millions in COVID relief from the CARES Act. Why did so much of that money go to the police? 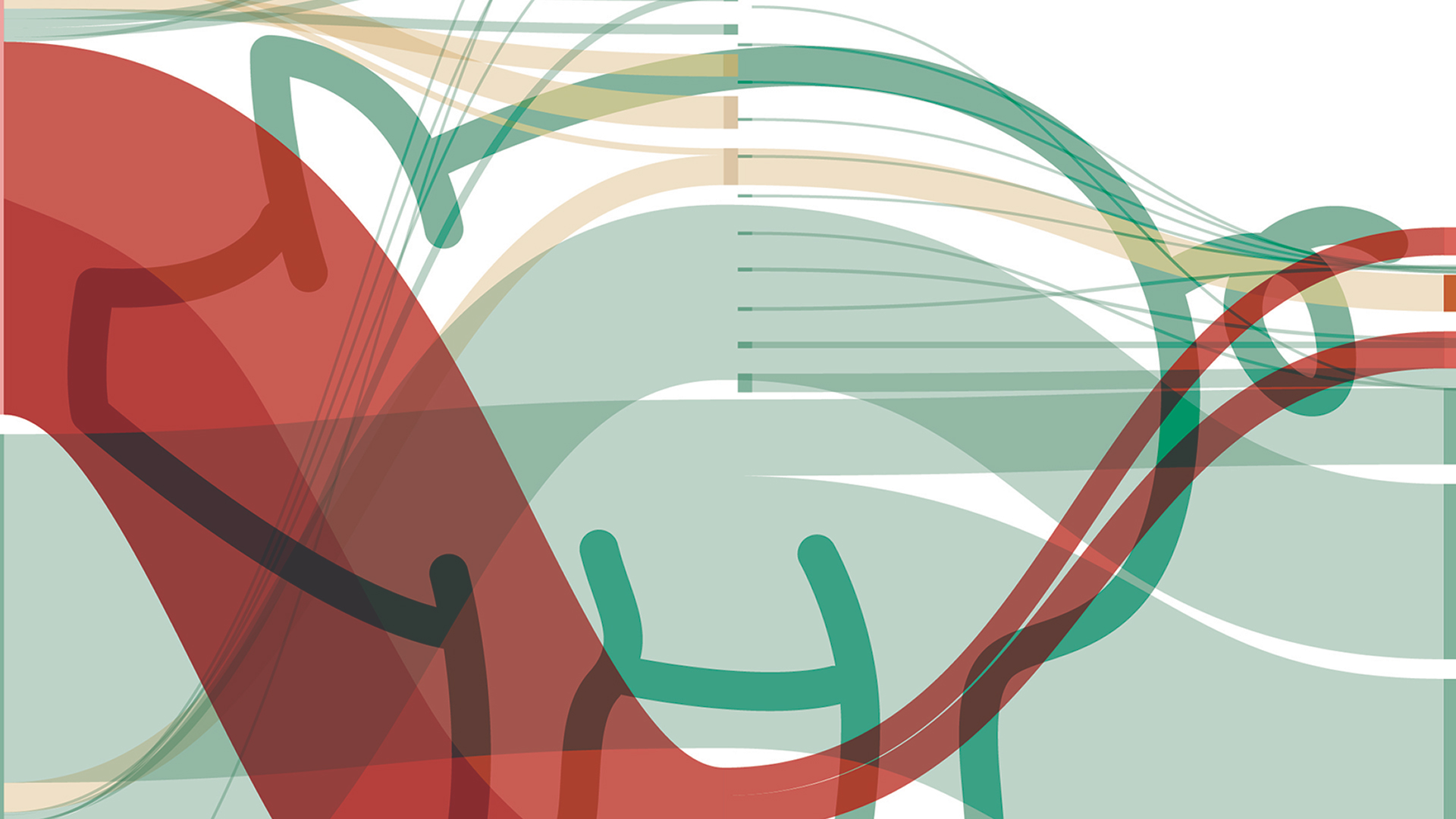 Of the $1.2 billion in federal funding that Chicago received in June 2020 from The Coronavirus Aid, Relief, and Economic Security Act (CARES), the city was allowed $470 million to use for discretionary expenses incurred during the pandemic; 60 percent of these funds went to personnel expenses for the Chicago Police Department (CPD).

When this fact came to light in February 2021, it was met with outcry not only from the public, but from a handful of the 50 elected members of Chicago’s City Council.

We’ve broken down the city’s distribution of its CARES funding into various areas of need: rental assistance, contact tracing, homeless services, etc. The $281.5 million in discretionary funds that CPD received was not accompanied by precise data in terms of where it went and how it was distributed, and that’s one of the main criticisms that aldermen brought to both the Committee on Budget and Government Operations meeting on Feb. 19 and the City Council meeting on Feb. 26, which saw the finalized approval to appropriate the $281.5 million to the CPD despite staunch opposition from several of Chicago’s aldermen. 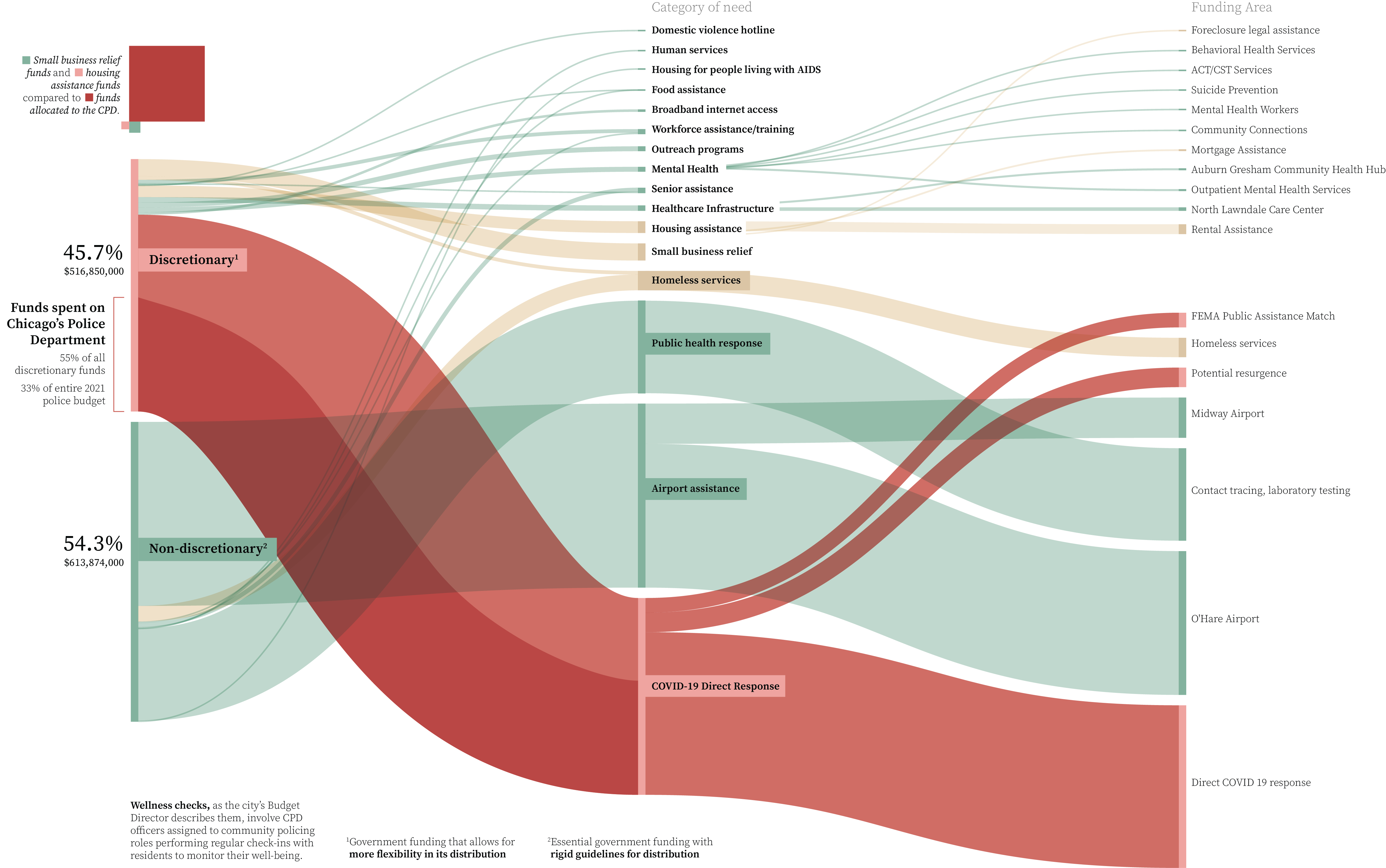 In Chicago and almost everywhere else, COVID-19 has proven to exacerbate disparities in health and resources which existed long before the pandemic, and which will almost certainly persist after its decline. That said, it’s important to consider how these disparities came to be and what stands in the way of diminishing them, now. In the statements below from Chicago aldermen about CPD’s $281.5 million of CARES funding, there’s a question of whether the city’s financial priorities match the needs of its residents:

“I’m just having a very hard time understanding how the coronavirus relief fund went to fund essentially CPD personnel expenses. I would have thought it went to the Chicago Department of Public Health for direct support there.” —Ald. Michael Rodriguez (22), Feb. 19 Committee on Budget and Government Operations meeting

“Other cities have made other choices when it comes particularly to personnel costs. We’ve seen other cities that are a fraction [of] the size of Chicago spend a lot more money on different types of support programs for residents in need during this crisis.”

“I’m sure most of us drove by McCormick Place when the facility was being remodeled to accommodate patients. I think most of us have neighbors that might be in need of wellness checks.  I’d be hard pressed to understand how wellness checks could account for hundreds of millions of dollars.” —Ald. Edward M. Burke (14), Feb. 19 Committee on Budget and Government Operations meeting

“Across the city we see the disproportionate effect that this pandemic has had on Black and brown communities. Over 5,000 Black and brown residents in the Black majority have died. We have serious suffering in our communities — over 750 murders last year. And with all those tragedies, mainly affecting the most vulnerable, I truly think it was a slap in the face to our communities to see $280 million dollars go to the Chicago police department.” —Ald. Byron Sigcho-Lopez (25), Feb. 26 City Council meeting

Featured, News Where Did That $281.5 Million Go? A CARES Act Infographic
« Previous Story

Out of Bounds: Dear Sports Fans, Let’s Be Heard