A brief history of this “less-lethal” weapon and tool for suppression. 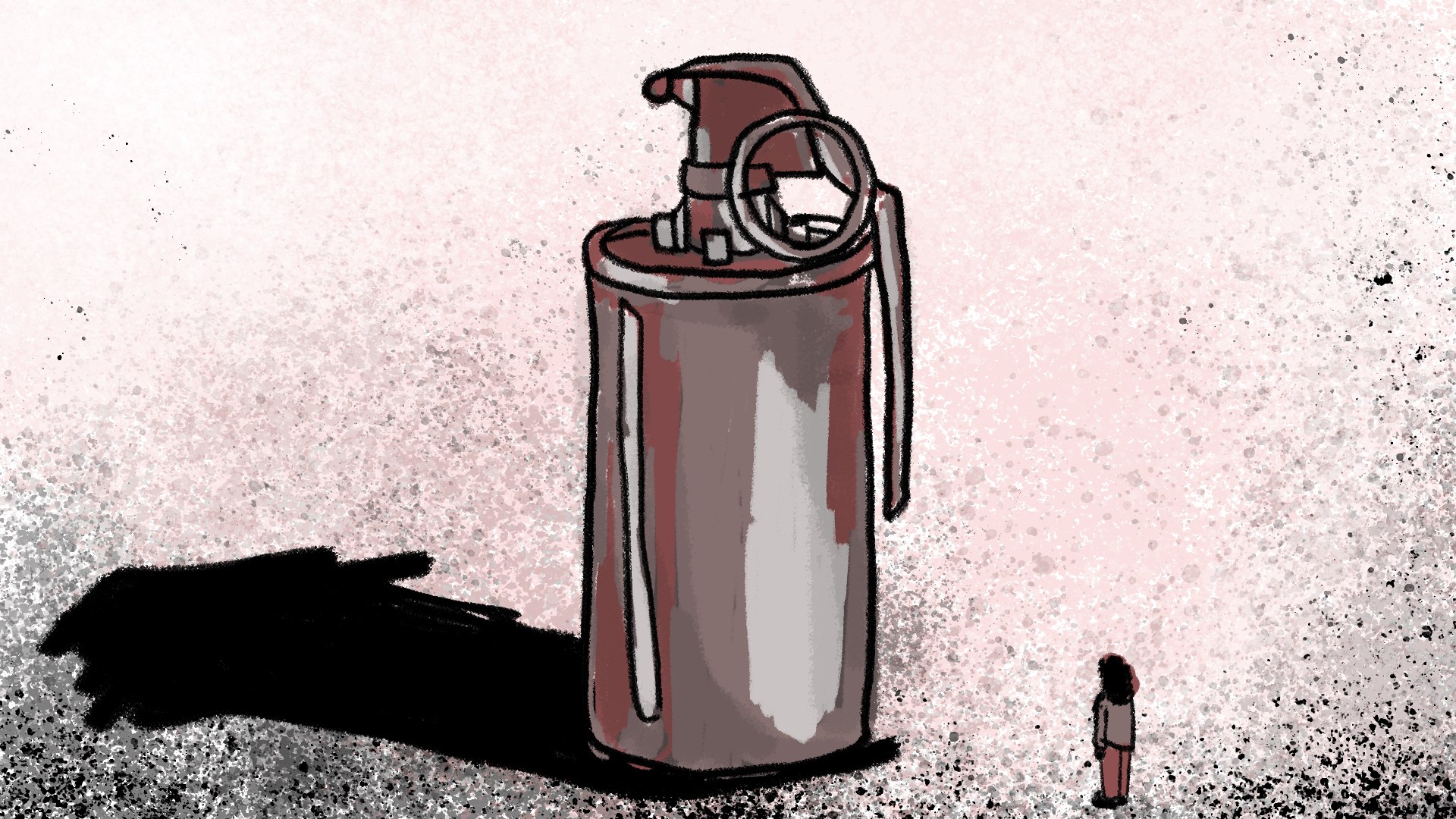 There are several ways to respond to a weapon like tear gas.

First, take shallow, even breaths and blink your eyes as much as possible.

If you are a protester in Hong Kong, grab a traffic cone and place it over the tear gas canister. Pour water through the hole at the top of the cone to extinguish the small fire that detonates the gas.

If you are on the southern side of the U.S.-Mexico border, at a Yellow Vest protest in France, or marching for International Women’s Day in Turkey, you may likely retreat.

If you are outraged in Ecuador because your government wants to expense its debt to those who can least afford it, you might lob the canisters back at the police.

If you are the police, use Safariland’s Cool-It aerosol, which reduces recovery time.

Tear gas and pepper spray are classified as non-lethal chemical weapons, deployed by police against civilians for any or no reason. In colloquial terms, non-lethal weapons are also referred to as “non-deadly,” “pain-inducing,” and “less-lethal” weapons. “Less-lethal,” a vague and indignant moniker, is perfect for describing tear gas, a weapon with wide crosshairs.

U.S. manufacturers advocated for the weapon one hundred years ago, citing its comparative safety against unruly crowds. Eventually, those manufacturers made their products indispensable to regions in conflict, like the $6.5 million worth of tear gas sold to Israel over two years of sustained Palestinian protests. During the 1980s, the FBI aided in the development of easy-to-use chemical weapons for U.S. police who needed a bridge between “verbal commands” and “baton” in their continuum of force.

Tear gas and pepper spray are distinct from one another in the way that whiskey and tequila get you different kinds of drunk. Both chemicals will induce severe pain: eyes forced to close, tears and snot turn on like a faucet, burning, stinging, and difficulty breathing. Some people vomit or faint, but most start feeling better in an hour or two with fresh air. Just ask the classes of future military and police personnel who are sprayed as part of their training. The exercise requires them to be hit with the chemical at close-range followed by simulated physical combat, a situation they may face on duty. It is a hazing ritual dressed up as a necessary rite of passage. One marine described the pain: “It felt like someone had a torch to my face.”

It’s important to note that tear gas is illegal to use in warfare. By the 1990s, most nations had agreed to international treaties that banned the use of chemical and biological weapons, a practical effort to cut off the catastrophic potential of airborne toxins.

A weapon designed for war, resigned from modern warfare because of its deadly potential, reconfigured for use against civilians. This is its unusual character. Now, tear gas represents a global power imbalance between states and their citizens. It is an effective tool of suppression. It is a violent act that yields no sustained injury. It is an alarm. Blaring.