How one extracurricular salon creates its own critique space. 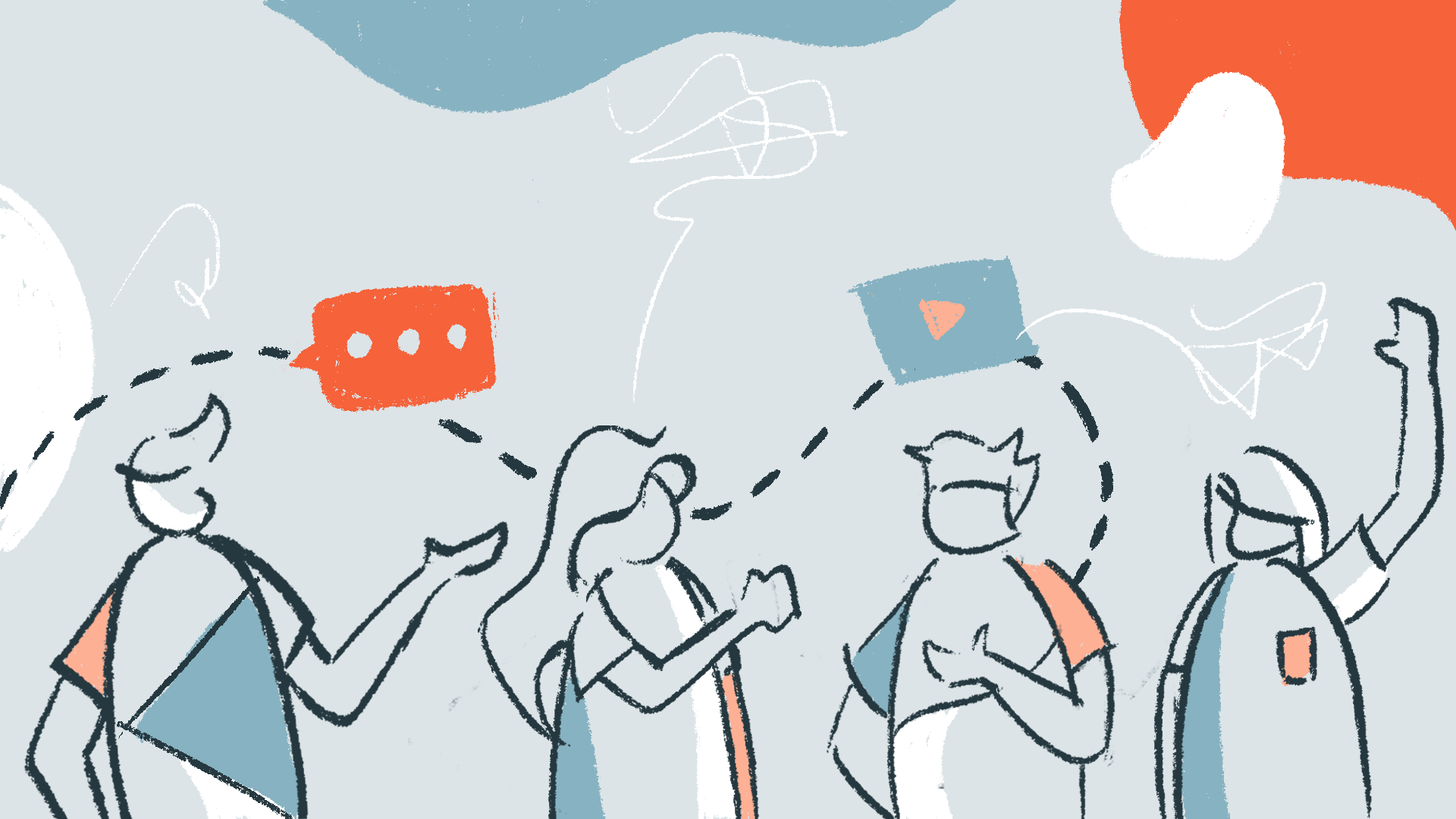 As anyone who has ever written an artist statement knows, trying to describe your work in your mother tongue can be treacherous. We hope our work will communicate for itself, so having to communicate on its behalf is daunting.

For many international students, the task is doubly challenging. During classroom critiques, they are faced with having to describe work often consisting of non-U.S. cultural signifiers in a second language. Much is lost in translation. Students who face these linguistic and cultural barriers feel underwhelmed by classroom critiques.

A year ago, Decheng Cui (MFA Painting & Drawing 2020) decided to take matters into his own hands. With help from faculty advisor Qigu Jiang, an associate professor in the Painting & Drawing Department, he founded the Chinese Critique Salon, an extracurricular critique group conducted entirely in Chinese. The group, which meets every other week, provides an opportunity for Chinese-language students to give and receive criticism without having to fear being misunderstood.

Chinese undergraduates who have never experienced the U.S. critique dynamic get an opportunity to see what it’s like. Graduate students unprepared for critique week receive a test-run. The group is always accepting new members, and is also seeking new leadership. Decheng is graduating this year, so for the group to survive into next year, it will need someone new to run it. I sat down with Decheng Cui, Professor Jiang, and Jojo Wang (BFA Painting & Drawing 2020) to discuss the group’s origins and future.

Dustin Lowman: So how did the group get started?

Decheng Cui: At the beginning, some of my classmates said they want to have a group like this, but nobody did it. I did a one-year post-bac, and two years for MFA, it’s like a three-year graduate school for me. I’ve been here a long time, and I know this school very deeply, so I thought maybe I could get some resources from school to help Asian students, especially Chinese students.

Jojo Wang: I was one of the first members. I was really interested in getting extra feedback from people who are from the same culture as me, in a context other than the classroom. A lot of us feel this way. Every time we get together, we talk about things that we don’t get a chance to talk about in the classroom. There are some very culturally specific topics that we have time to address now in this critique salon, because we have more time for individual people.

DL: Was this something that you had seen a need for in your time at SAIC?

Professor Jiang: I think it is very important for students, especially students from China, to have a crit group. This group gives Chinese students a space where they don’t have to worry about misunderstandings. Also, for the class-context criticism, there’s not many Chinese students in the same class. So basically, they don’t know what the other students from China think about their work. This is very concentrated, in terms of participation. Last time, more than 30 students participated in the last critique event.

DL: Have you experienced classroom critiques when you felt like you were presenting something that, because of the cultural context, couldn’t be fully understood?

JW: Yes, but it’s not always a content issue. A different language is not just a translation issue, it’s also a very different logic structure. The way we define things and the descriptive terminology we use are really different. Since we’re using a different logic structure, the way we perceive art is pretty different. I think this experience is essential for students who come from another culture, because we need to understand the difference between our own culture and the western culture, so that we can understand people from the United States more and also understand ourselves more.

QJ: Usually, students from China are restrained, because the culture in China, we’re not encouraged to be individual and to express ourselves freely. I had the same experience when I was a student here at SAIC. So I can tell the difference right away, because the students in the group of Chinese critique feel more at ease and speak out more directly. They worry less about being misunderstood. In the classroom context, if they say something wrong because their English is not adequate enough to express themselves, then the misunderstandings between themselves and the faculty can get extra criticism. That’s hard for them.

DC: If I’m in a seminar class, doing a critique, sometimes I will share my ideas. But I never talk a lot. If somebody disagrees with my ideas, and we go into a battle conversation, I have to stop. I cannot understand if they speak a lot — I will never understand. But in our group, we can speak everything. People disagree, but you can go into battle. That’s fun, the ideas battle, there’s always something good in it, especially for artists. So, this is feels safe. Of course we don’t have the exact same culture. But we can understand each other.

DL: So the U.S. critique dynamic is very different from the Chinese one?

DC: I can tell you what kind of critique happens in China: The professor takes one painting up there, and say blah, blah, blah critique, something, and, next one.

DC: Sometimes maybe the student will answer some questions. But they never are really a part of the critique.

JW: It’s not a discussion.

DL: Do you plan on going back to China after you graduate?

QJ: It’s getting harder to stay, because of the current administration. I heard in the news that Optional Practical Training (OPT) will be cancelled. It could be very hard, because you’d have to go right away after you graduate. Over thirty years, maybe longer, students always enjoy OPT because they need some experience. Like one year after graduation, they can stay, legally. Now, this current administration wants to do away with it. It’s very difficult for artists here to find a job. If you find a job, your company can sponsor you, but it’s almost impossible for students who graduate from art school to get a job. I don’t see any point to the cancellation of OPT.

DC: It doesn’t matter. I’ll just be an artist whatever country I’m in. If you don’t like me, okay. [laughs]

DL: So what are your goals for the future? To attract more members, to provide more people with space to be understood? What do you hope to achieve in the next year or so?

DC: I think we’ll stage our own exhibitions in the future, because we have so many students from all departments, it’s like a tiny art world. I just want to help as many students as possible, because I know as an international student, it’s very hard to study in another country, especially for the beginning. So I want to help them. I graduate this year, so if some people want to continue to, as a group leader, lead this group, I will be so happy for that.