Learning about the struggles of the rural trans community in India 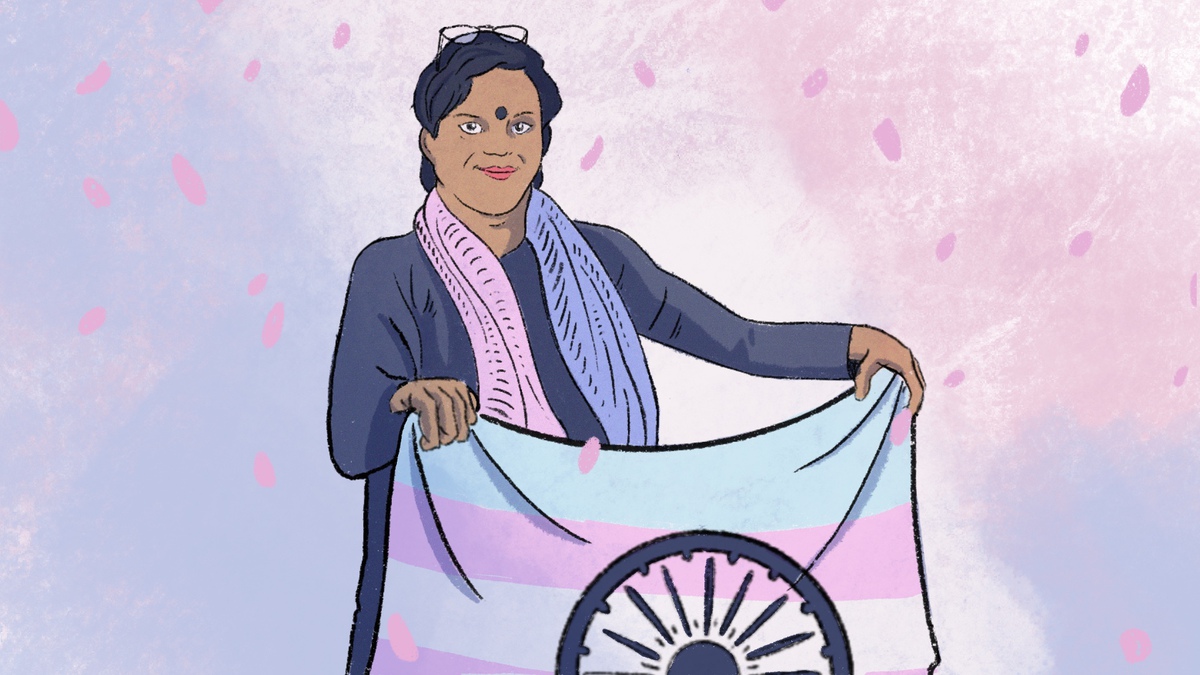 India’s infamous Transgender Persons (Protection of Rights) Bill was passed in both the Lok Sabha to Rajya Sabha, the lower house and upper house of Indian Parliament. The bill requires a trans-identifying person to have a sex change surgery and a government official to declare their sex change satisfactory in order to get a valid state ID. While protests were staged for weeks on the streets of multiple cities and college campuses, they were unable to prevent the bill’s passage.

I followed the protest on Twitter and Instagram, but trans activist and Founder of Moitrisanjog Society Sumi Das’s “Lesser Known Stories” documentary was a reality check. Screened at the School of the Art Institute of Chicago’s (SAIC) Flaxman screening room, the event was organized by the Performance Art Department and Art History, Theory and Criticism, with the help of Trikone Chicago, a not-for-profit organization for queer South Asians and their families, friends, allies, and communities and SAIC Career and Professional Experience – CAPX. Special guest Sumi Das, the subject of the documentary, spoke and answered questions following the screening. Ali Asgar Tara (MFA Performance 2020) hosted and organized the event. SAIC’s own South East Asian student group, Namaste, was absent. This refusal to participate felt glaring and bothersome.

Directed by Sudarshana Chakraborty, a documentary filmmaker and journalist, the 30-minute documentary follows Sumi Das, whose Moitrisanjog Society is a community-based organization headquartered in the village of Cooch Behar, West Bengal. Sumi Das introduces herself in the movie as a trans woman who was called Pinki. She worked as a sex worker, was a hijra begging on the street, and then slowly got promoted to working for an HIV awareness project, where she was called “condom mausi” (condom auntie). Her job was to sell condoms to promote safe sex.

Most trans people in India are called hijra and/or chakka, derogatory words that have come to mean gay, trans, prostitute, and homeless. There have been no government initiatives of any kind to support work, housing, or education for them. Survival is as basic as roti (food), kapda (clothing), and makaan (shelter). It shakes one up to see the people in these stories just trying to survive. Our hashtags don’t help them. Our activism doesn’t transfer to those who need it the most.

Slowly, the film zooms out to eight other trans artists in Cooch Behar who narrate their own stories. We get to see the internal lives of the members of trans-koti-queer community and the diversity of their gender and sexual identity. Sumi explained before the screening that they have tried to portray how this trans-koti-queer community are brought up in economically marginalized rural families. Throughout, the film’s focus remains on work and livelihoods.

As the movie goes on, the editing becomes choppy — the sound  of a bamboo flute over shots of a river and mountains and dancing on the road strangely felt progressive. I wondered, knowing what I did about these lives: How did they learn to make films? When you hardly have jobs, resources, access to vocabulary, the mere existence of the documentary is a win.

Pride looks different in villages than it looks in the rural uneducated parts of the country. The word “pride” needs to be translated to register. Trans visibility is different than trans livelihood. What do we do once we go home from the pride and take off the makeup? Where do they go? The social media generation — myself included — revels in going to the march, using #Transbill2019, posting pictures, writing posts and blogs. We speak in English and try to mobilize movements without realizing whom we are supporting. The urban trans liberation movement is focused on sex, the right to be, and the right to love. Sumi Das asks if we think about how non-urban trans people live — how they make money, who gives them jobs, who makes sure they get home safe. The only time I remember seeing a documentary so rooted in trans lives in India was Farha Satarupa and Sorabh Kanti Dutta’s “I am bonnie”.

“Lesser Known Stories” shows eight trans artists in Cooch Behar in what we educated call “alternative jobs.” They are dance teachers, craftsmen, wedding dancers, hijras who go out and beg for money, sex workers. Dancers in marriages, when a child is born, when you need someone to bless a new project.

“Urban, high-class, educated women cannot dance in front of men, so they call me,” one of the artists says. “Sometimes they beat me up.”

Words and behavior of abuse, rape and torture are normal in their lives. Their menial jobs help them afford the makeup, the outfits, the drag. All of these occupations are treated with brutality. It is heartbreaking. The film calls out for housing rights, a reservation in the education system, and inclusion in jobs — all of which starts with recognizing the existence of the spectrum of transness in India.

The screening was followed by a Q&A where Sumi spoke to people in the audience along with Ani Dutta. Ani, an assistant professor of Gender, Women’s & Sexuality Studies and Asian Languages & Literatures at the University of Iowa, has been working as a volunteer and researcher with gender non-conforming communities in eastern India over the last decade. Ani was present as a translator for Sumi, who spoke in Bangla.

At one haunting moment during the Q&A, a student asked if the state of trans people in India was worsened by the 200 years of British colonialism. After two rounds of translation, Sumi responded with something unrelated. Tara explained how the words “colonization” and “colonial” are firstly English, only accessible to people who speak the language. The word and the concept only become visible when learned — educated.  Even though the rural uneducated transfolk are at the last rung of the hierarchical ladder, and are possibly affected most by the colonial divide and rule system, they don’t know the word for it. They experience the difference, marginalization, and persecution that became worse after the British rule, but the communities are so busy trying to stay alive and earn a livelihood that learning the concept of colonization is not even a priority. This silenced the audience.

From religion to myth, Indian culture has fluidity built into itself. There is a concept called Ardhnareshwara, where the Hindu god Shiva and his partner Parvati come together in an androgynous form, which has the emotional/physical strength of both genders. For centuries, androgyny was worshipped in the country. In 1860, the British declared the country’s centuries-old old custom of transgender hjiras to be “unnatural.”

India, as a country with new social media activism, celebrated the one Vicks advertisement which portrayed one trans woman in a motherly light. It happened that one time. The movie industry is still praising men for the courage it took for them to portray a trans woman onscreen. Visible progress is interpreted as actual progress. But the current regressive trans bill undermines this, as does Sumi’s documentary.

There is no representation for the trans community in Parliament. The people passing the Transgender Persons (Protection of Rights) Bill are mostly cis men and some women. Proving one’s trans identity requires a two-step process. First, the identity is mandatorily granted by a District Magistrate with a requirement for surgery before one can change this to a binary gender marker. The trans bill will take time to get translated to the rural, non-Hindi speakers, the marginalized and intersectional. The glaring packaging of all marginalized as one big group is concerning.

I asked Sumi if she needed anything. She guided me to a fundraiser where they hope to raise funds to buy blankets and mattresses for their shelter. The Trans Bill of Rights has passed and become law. None of our hashtags or petitions made any difference. It feels all the more urgent to donate directly rather than perform activism online. Those of us who can, this is how you help.