Plowing the streets of Chicago and making art.

Wabash south till 63rd street (minor detour for two parks in the middle, both detours to the east). North on State.

The weather is weird again. The sun is shining brightly but it is too cold to breath.

A man slightly shorter than me wearing a puffy coat walked next to me for a few blocks, he didn’t speak to me. I don’t know how to start a conversation. After a while he turned into a small alley. He checked behind his back to see if i’m going to follow him. I didn’t, it was not part of the route for that day. I had to pee so bad after a while. A man outside a building that I later realized was a church asked me if I was going anywhere special. I answered that I am planning on walking as many streets as possible.

– A fear made me not say the entire streets. He asked if I had a plan on where I am going. I said first north-south and then will see. He narrowed his eyes and said half to himself, “Chicago is BIG.” I agreed. He said that he worked in the church and invited me in. I declined, even though my feet hurt and it was cold as fuck. He wished me good luck. I like him. After a long while a group of teenagers passed me walking in the opposite direction. They talked loudly so I heard them after they already passed me. They wondered what I am. A woman with a pink woolen hat and a black thick scarf walked with a small dog. She asked me where I was going. I said back to the Loop. “And you have rakes?”

“I am walking the streets of Chicago.”

I tried to justify myself, saying that it was the only time I had. She said that I should be dressed warmer, it might be a mild winter but I should not take it lightly. After the dog pooped next to a tree, she picked it up said good luck and walked away. A guy wearing a suit and a down jacket seemed confused to see me. One of the rakes got stuck in a crack in the ground and he asked if I need help. I said no. I hope I didn’t sound curt. He continued without asking me what I was doing. I didn’t mean to offend him.

The only thing I can think of to summarize today is that just looking out the window means nothing about the weather. God damn it, I think my feet have lost feeling. Next time I should wear two pair of socks.

North on Wabash till Rush. Rush till State. East till Lake Shore Drive. North till Foster. South on Clarendon till Clybourn. South till Division. South on Wells.

The weather was fine. Cold as usual but wasn’t as bad as I expected. That was true until Lake Shore Drive. The wind and a slur from the lake make it even to the west side of the road. There wasn’t snow drift because there wasn’t much snow, but it was a kind of smosh.

There was one couple jogging. Both wearing headphones, and sweatpants and sweatshirts. They seemed to be sweating even though it was not a sweating weather. I want to say that I don’t understand people who run in this weather, but I don’t think I am in a position to judge. The woman turned after they passed me, looking back over her shoulder confused.

A bit after a small park there was a petrol station. A man with a grey car looked at me. After I stopped for the crossing, he shouted across the station, “What are you doing?” Before I could formulate an answer he got into his car and drove off. I am still not sure what is the correct answer. I need to have a quick draw on the answer, just answering it is an art work doesn’t seem good enough.

Under a train station a couple was waiting. They asked me where I was coming from. I said the Loop, which is technically correct. They asked what I was doing. I answered it was an art work. They asked why I was doing it. I said to get to know the city better. She said that I should learn to take a bus, it will be faster and better. I smirked (or giggled). They huddled into each other in a way that prevented me from speaking.

I reached the Loop again. My back bent against the cold, but the harness pulled me upright against my will. I hope the weather will get better, but know that it won’t.

The weather was better. Still cold, but not miserable. I need to but laces, one broke off during a failed attempt to tie it while wearing gloves.

A man with a briefcase under his left arm with both hands in his pockets stopped next to me at a very long traffic stop. He asked in a tone that sounded like he hadn’t woken up and hated winter what I was doing. I answered, “art work.” He didn’t respond and we continued to wait until the light changed. I passed a school twice, it was placed on my route so as to be both on times in an hour people are dropping off or picking up children. I was hoping no parent saw me twice. I was afraid they will phone the police for the pervert outside the school. No one looked at me. A man with a knitted cap that didn’t fit with the suit he was wearing asked me if I was working for city hall. I said no. He apologized and thought that I was checking for the cracks in the street. I said it is an art work. He smiled and said that maybe I should sell it to city hall as a way to both make money and get rid of the pot holes in the streets. That is not a bad idea. The longest meeting of the day was a woman that was covered in winter clothes and house slippers walking two dogs. One jumped towards me, with a friendly face. The other sniffed a car tire. I bent down to pet the dog. She asked what was on my back. I gave the same explanation. She asked how long have I been walking already. I said not long. She inquired if I am filming it. “As you can see I have no camera.”

“Why aren’t you filming it?”

“I think it will be very boring to film it”

“Well, you don’t have to film everything, just the good bits.”

I said I would think about it. I am not going to film anything (I think).

After a long time I met a man outside a wood storage area. He was leaning against the fence, smoking. He asked me what I was doing. I said it is an art work. He asked if I was getting paid. I said no. He said that I’m stupid. “Never do anything for free or you’ll never get paid.” He threw his cigarette to the ground and walked into the small shack in the wood lot. I need to pee so badly.

The area on Kingsbury was terrible crack-wise. It took longer because I had to constantly save the rakes. I almost popped a shoulder on one when I tried to walk with it stuck. 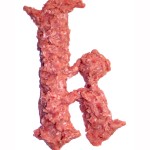