I had applauded myself on the train when I managed to get the tracker in the guy’s hood. So I buzzed up a pie and slapped a twenty right in the delivery boy’s hand. I slammed the door and got the tray secure on the bathtub. The water was steaming and I slipped in, placing the box on the tub table. Ranch cups float perfectly on the water. I carefully dipped the slice in so as not to get bath water in the cup.

I chomped and closed my eyes. His hood hung over the back of the seat and all I had to do was open my calculus textbook wide, covering my face, and slip it in. This had two effects: for all those on the train I looked like a smarty and to the Department Directors I looked like a craftsman. I was going in for another dip when my phone went nuts and I dropped the slice right in the tub. I picked up the phone, peeved about my floating chunk, and saw it was the Director.

“There’s no mistake. Some of our goonies were just deployed to snoosh the subject. It appears your tracker was dropped only a few blocks from the station. I’d say you better hurry back and pick it up before it gets damaged. It’s an expensive piece of equipment, you know.”

He was right and it was my duty as a dutiful intern to find lost goods. I hung up the phone and jumped out of the tub. The water was hot enough to keep the floating chunker warm. I ran down the street to the station. I pulled out my phone. The arrow blinked on the map. I came to a liquor shop. I was standing right over it but I could not see it. I went into the shop.

“Have you seen a small electrical device around here?”

“Ok.” I stepped out. Hogwash, those bastards knew exactly where it was. I went back in. “Hey you’re giving me real hogwash aren’t you?”

“I guess you could say that.” I beeped some goonies. I stood fiddling with the change in my pockets. I went to the whisky aisle and put my hands on my hips. These all seemed like fine liquors, especially the ones named after people. Living On A Prayer played on the speakers. I swung around to the next aisle.

“Oh.” I turned around and walked up the rum aisle and then back to the whisky aisle.

“Stop spinning with your elbows out. You’ll knock over a bottle.”

“Ok.” I put my hands back in my pockets. I walked back and forth in the beer aisle, humming to the guitar solo. Slim Jims hung on little hooks between the glass doors. Why did the Slim Jims have to hang with the beer? The display looked disgusting, hung up like thin cat-toots covered in tight plastic. The beer all looked kind of like soda. I opened the door and closed it. I did it a few more times.

I went to the vodka aisle. The beer fridge reminded me of the organ freezers at the Department. Each of the tracked subjects the goonies brought in had their own freezer with each organ separated by little cabinets. I loved the smell of the sharpies in the big, cold hall as I’d write a name card for each new subject. I’d slip it in to the slot and boom, a new home for a whole set of organs. It seems like vodka is not really worth it because it’s not colored like the other liquors. Clear means there’s less to it, no?

“Is vodka worth it?”

Two goonies burst through the door.

“Hey, you guys going to buy something or what?”

At that, one of the goonies pulled a wand from his belt and slapped the clerk hard. The other one hopped over the counter. I walked out the door. I was sure they’d find the tracker the clerk had stolen from the guy’s hood, I cringed at the thought of his snooshing.

I slammed the door to my apartment. I looked at the map on my phone. The arrow still pointed down at me. I sighed, gripping the change in my pocket and tossing it onto the counter. The dim light from the tracker blinked amongst my change. I was a quarter short. I sighed, pulling out my phone to call the Director, and remembered my pizza floating in the tub. I went back to my soggy slice, still warm in the water. 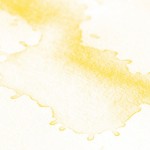 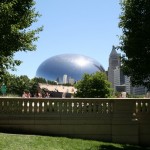 Summers in the Park