Loving the Monster: The Perfect Humans and “The Imperfects” Monsters

A chupacabra, a banshee, and a succubus meet in the park to discuss what makes them monsters 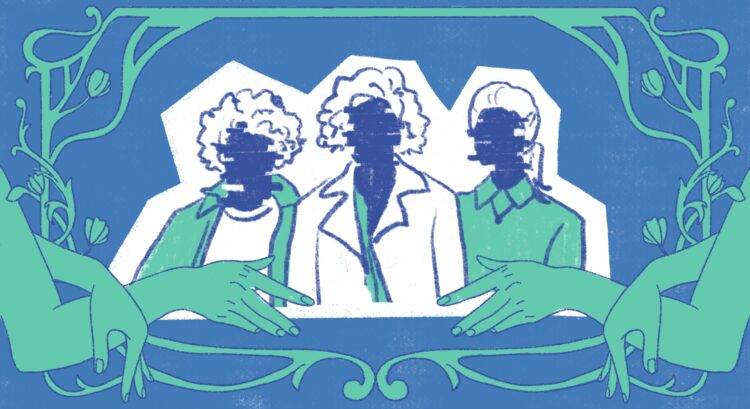 Monsters that are created because science went too far is a pop-culture staple. From the start of the science fiction genre – Mary Shelley’s “Frankenstein” – we’ve been asking ourselves what does it take to make a monster, and how does science create the division between monsters and humanity? The Netflix original, “The Imperfects,” released this September, is one of the newest attempts to answer these questions, and explore how medicine intersects with the creation of the monstrous.

“The Imperfects,” marketed as a “coming of rage” show, has a pretty simple premise on its surface: Three very different people, Tilda (Morgan Taylor Campbell), Abbi (Rhianna Jagpal), and Juan (Iñaki Godoy), were apart of an experimental drug treatment as children for their genetic disorders run by the morally questionable Dr. Alex Sarkov (Rhys Nicholson). Since then they’ve grown up, gone off to be a singer in a punk band (Tilda), a college student studying genetics herself (Abbi), and a comic book artist (Iñaki Godoy). But when the mysterious blue-pill prescriptions suddenly stop being filled, they each develop troubling new powers and change into something inhuman.

Any other show could’ve turned this into a superhero origin story. But creators Dennis Heaton and Shelley Erikson are far more interested in telling a monster story. The closest we get to superheroes in this world are the narratives some of the characters themselves make. Juan writes comic books for a living and grew up obsessed with graphic novels. He even turns one of the main cast into a superhero comic in the last episode as a tribute to her.  The characters of the show often debate what makes them “heroes” or “villains,” questioning who the hero of this story really is.

In the name of “getting fixed” so that they can return to their usual lives, the trio bands together to try to find and force Dr. Sarkov to help them. Throughout the show Tilda, Juan, and Abbi are all forced to question at what point they stop being human. They meet others who went through the same experimental treatment as them and learn that the stem cell research they were guinea pigs in has since evolved into Dr. Sarkov trying to create the perfect human. The monsters, including our three protagonists, are ultimately failed experiments.

This brings me back to “Frankenstein.” Victor Frankenstein was seeking to create a beautiful creature. In the novel, we get whole paragraphs describing Victor choosing the perfect body parts from various corpses for his creature; Victor is trying to play God, with the creature as his Adam. But when he sees his creature for the first time, he is terrified and disgusted. In the name of perfection, he made a monster.

Dr. Sarkov is not disgusted with his monsters, simply disappointed, bored almost. And the Imperfects, as he calls them, are left to suffer and wonder who they are in the wake of what he did to them. Just as Frankenstein’s monster was. But the difference is, Frankenstein’s monster was alone in the world. He desperately wanted Victor to create him a wife. Someone, something who could understand him.

The Imperfects are not alone. The three of them rely on each other. They form deep relationships because they can understand each other in ways they wouldn’t have been able to in their “normal” lives. And as more creatures pop up in their world, the pseudo-catch phrase of the series continues to ring true: “No monster gets left behind.”

It’s a strange show. Definitely not for everyone. The comedy is a little off beat. Strange camera angles are often used to avoid showing actual character transformations. And there are too many subplots that get overly hard to follow. But the show finds a way to be incredibly endearing to anyone with a soft spot for science fiction and monstrosities.

The characters are battling their own biology, a corrupt government agency, and interpersonal family drama. They each have very different backgrounds and struggles, from Juan’s desire to feel more connected to his Mexican roots despite growing up in America, to Abbi’s struggle with her succubus pheromone powers in conflict with her asexuality.  Even when the subplots get confusing, the three lead actors do a surprisingly amazing job in keeping the emotional beats believable.

And ultimately, spoilers ahead, they don’t all choose to be “fixed.” They have to decide if they want to be made fully human again once they finally create a cure. Tilda, my personal favorite of the main cast, decides she doesn’t want to give up her banshee sound-based powers. She wants to explore who she is becoming, not try to go back to who she once was. Meanwhile, as Abbi and Juan settle back into the routines of their regular lives, the cliffhanger ending of the season teases that they may not be rid of their monstrous identity

The final message of the show, or at least the first season, is delivered to us by Tilda towards the end of the last episode. As she’s sitting in a doctor’s waiting room, holding hands and leaning against Juan after the final action of the series, she tells him, “Our DNA doesn’t make us monsters. Our actions do.”

Their powers, their altered DNA, turned them into a chupacabra, a banshee, and a succubus. But in their world, that is not what a monster is. A true monster, in their world and our own, is not made by DNA. It is the choices we make every day and the relationships we form that define our humanity.

Sidne K. Gard (BFAW 2025) is a queer writer and artist rom New Orleans. They hope to one day understand how to make their own monsters.

Polyamory: Falling love in the Ohio of relationships