Polyamory: Falling love in the Ohio of relationships

A retrospection on love and departure from traditional dating styles. 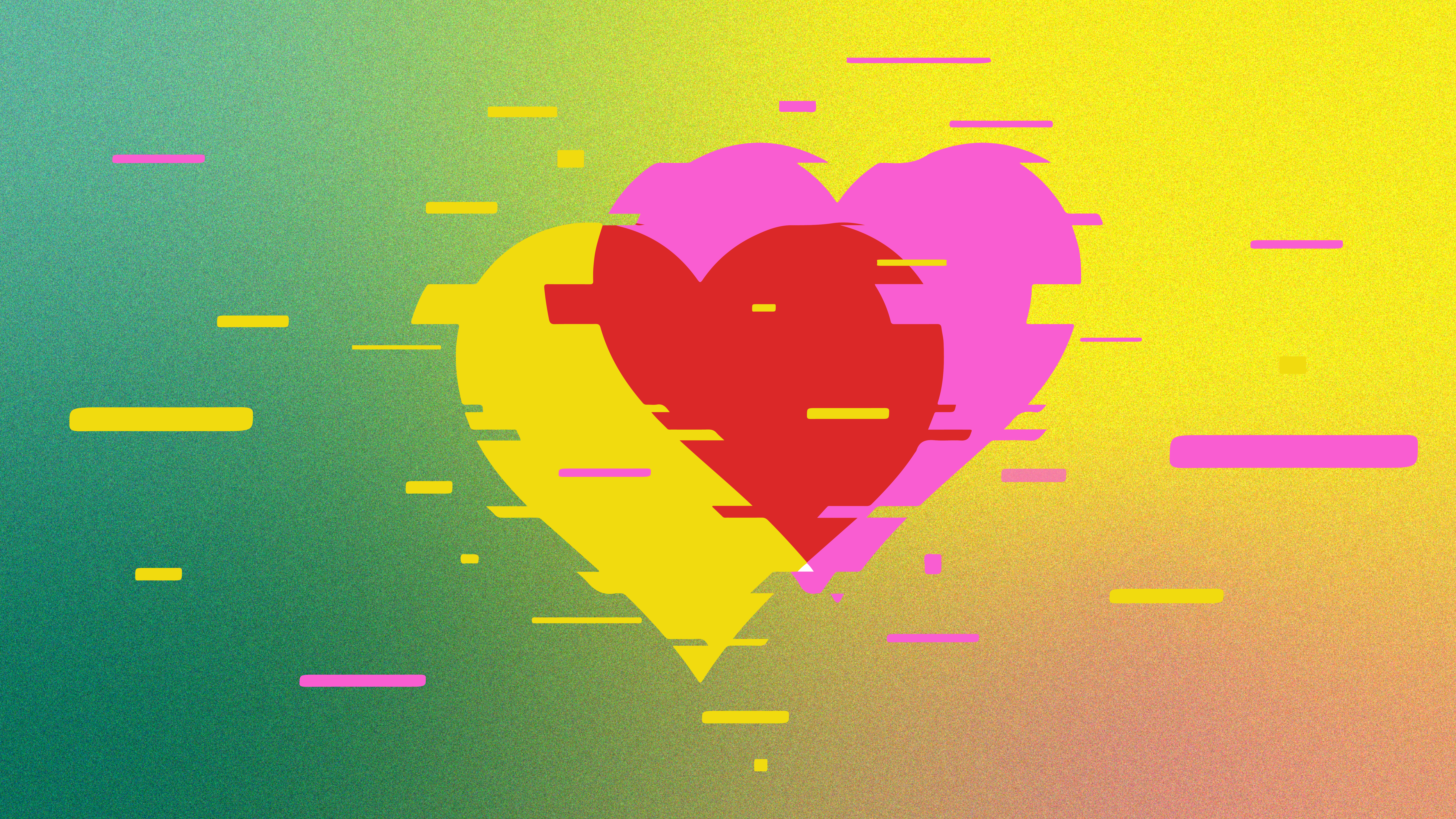 In a summer spur, my girlfriend and I took a two-day trip to Cincinnati, Ohio.

We took a very long nap in a strangely damp hotel, and after that we watched some teenagers kick the shit out of each other in the hotel parking lot outside our window. But it was a beautiful night, so we went out to a strip of bars. We told the bartender that we werenʼt from here.

“You mean you guys arenʼt passing through?” she asked.

Later that night we sat at a different dark bar, tolerating a very drunk man trying to get us to go home with him.

I rolled my eyes. “Are you even from here?”

He paused. “Hell no. Iʼm from Boston,” he said. “No one would live here on purpose.” He paused again, stared at my girlfriendʼs wedding ring. “Oh, you guys are married?”

I took the opportunity to take my tequila shot, and in the dark bar, I grabbed her hand and kissed the knuckle.

The original thrill of love is knowing that you have someone completely. Anyone that came before you is joked about dismissively: possessiveness is hot; love is red greed. We hold our partnerʼs hand because it feels good, and because we want everyone else to know ʻthis is mine.ʼ

I met her in the Spring of 2021. It was just supposed to be a hookup. I was graduating and moving from Champaign back to Chicago, and she was sticking around. Not to mention she was forthright about the ʻI have a fiancéeʼ thing, and at the time, I wasnʼt interested in really investing myself in that sort of dynamic. Monogamy is the most socially accepted practice in the United States. It goes beyond just saying that monogamy is “traditional”— itʼs bigger than that. Monogamy has become the second definition of love. I fell in love with her easily. It did not creep up on me during my long walks with her or late at night when she held me. It didnʼt whisper itself into my dreams when I thought of her. When it did blow my pupils, I already knew. It was not an accident, but thatʼs what I told myself. I defended my relationship with a shrug at parties. As if to say sorry, itʼs not like I did this on purpose. Tsk, shit happens.

When I finally had to tell my family that my girlfriend, the person that theyʼd been letting sleep with me in their basement for months (where I was living at the time) had a fiancée, she was no longer welcome in my parentsʼ home. So she booked hotels, expensive ones so that I would never feel like just that girl she came to visit every two weeks. We traded books back and forth. When I visited her, she let me follow her around her work. She stayed awake until ungodly hours to talk.

One night she called me drunk, tripping into bushes while walking home.

Polyamory requires a certain amount of self-love and the ability to practice selflove daily — itʼs easy to fi nd security within a monogamous dynamic built on the foundation of ʻI only want you.ʼ If youʼre really in love, you shouldnʼt feel anything toward anyone else remotely close.
But attraction is just as natural as jealousy. The idea of not only having a monopoly on a person but also on the definition of love, reads concerning.

My girlfriendʼs definitions of love are specific: She doesnʼt love me in the way that she loves her other partner. When she says ʻI love youʼ she means ʻI love you.ʼ There are no flippant romantic gestures. With jealousy comes gratefulness: When I do have the privilege of spending a morning with her, I get to hear her voice. Experience that fi rst stretch. It feels like the opposite of the unraveling I was used
to all my life.

For us, love is sharing sleep. That is one definition of our love among hundreds of others. Just as there is toxic monogamy: possessiveness, greed, serial cheating; there is also toxic polyamory: the breaking of preset boundaries, unhealthy hierarchical structures, quick partner turnover.

The stigma against polyamory discourages those practicing to seek out help if they need it. The lack of positive examples of polyamory in media miscommunicates what a healthy dynamic looks like. When polyamorous relationships fail, everyone points the finger at the dynamic. It failed because it was polyamorous — it was never going to work. But when monogamous relationships fail, do we point the finger at monogamy? No. We point it at the people involved in the relationship. The relationship dynamic was never the problem — the people practicing it were.

In books and in movies, the ʻI love youʼ is always this big, grand and surprising moment. But when I finally told my girlfriend I loved her too, she smiled, said it back, and then she told me that she already knew.

“Itʼs in everything you do,” she said.

I realized then that our relationship had me loving her much more obviously, whereas in previous dynamics I figured, well, they had me entirely. Isnʼt that enough? Yet with her, I needed to explore other ways to express how much she meant to me. I traversed several love languages and generally made more time and effort to appreciate her. I experience more equal eff ort now than I ever had in monogamy.

Polyamory requires loving someone on purpose, over and over again.

There is a world in which this is a more socially acceptable practice and regarded as equally valid as monogamous relationships. Until then, polyamory is considered the Ohio of America.

Unbeknownst to them, Ohio is actually pretty great.

Eliza Sullivan (MFAW 2023) spends her time writing a lot of weird fiction. You can find some of her work here: https://www.grimandgilded.com/eliza-sullivan, and you can find more of her work, eventually

The Sky Talks: Scorpio Season and The Eclipses

Loving the Monster: The Perfect Humans and “The Imperfects”...