Blood Orange has been the backbone of indie music and film soundtracks for almost a decade. So why isn’t he at the forefront of the scene? 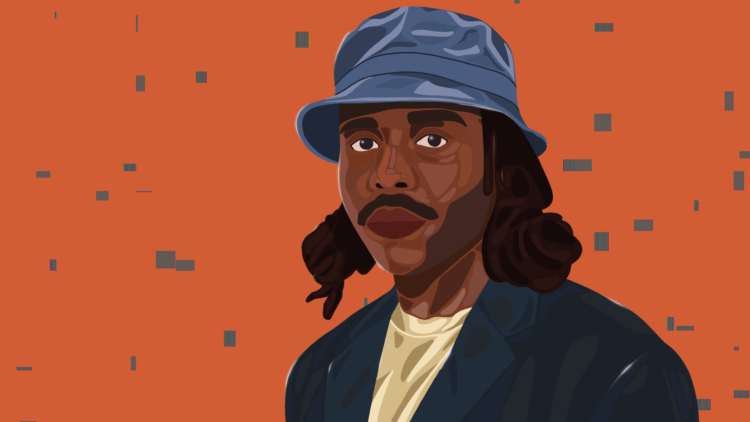 At only 35, Devonté “Dev” Hynes has quite the resume behind him – sixteen composer credits, four albums, a feature on Paul McCartney’s “McCartney III,” and a Grammy nomination for Best Chamber Music. He’s worked with artists such as A$AP Rocky, FKA Twigs, HAIM, and Florence Welch. Hynes, also known as Blood Orange, constantly has his songs featured on TV dramas such as HBO’s “Euphoria” and “We Are Who We Are” (which Hynes scored, guest starred in, as a character at the forefront of the main character’s life). Hynes also collaborates often with Gia Coppola, having soundtracked her two films: “Palo Alto” (2014) and “Mainstream” (2021).

In most cases, songs with Dev Hynes’ name attached to them feel cinematic on their own. There’s a plot; characters; a conflict of sorts. If you listen intently, you can visualize a scene. This could be where the appeal of tying sound to substance comes in. On the merits of his music, you would think that his work and his name would be at the forefront of indie subculture. Instead, his name is synonymous with “the guy who played bass for Harry Styles at the Grammys.”

How does someone with this much influence in the worlds of both film and music, with myriad connections in both areas, get continuously overlooked by the median demographic?

The London musician has been on the scene for close to twenty years, and his genre of work is now becoming classed as the often overused (and, quite honestly, misused) niche of “coming of age.” This type of art has seemed to dominate the industry in the past decade, inspiring a new wave of filmmakers and storytellers. Within the past five or six years, I have noticed a rise in what growing up is perceived to look like through cinema. Wide shots of messy bedrooms, smoking on rooftops, dolly pans of gardens and women running across the street in joy. There have been many musicians, artists, and filmmakers who have created a following off of this. Like Noah Baumbach and Olivia Wilde, whose mise-en-scene often refers back to these tropes. In recent years, the lines between aesthetic and narrative have become extremely blurred.

A24 Studios, arguably one of the biggest influences in recent independent cinema, has featured several Blood Orange tracks in a handful of their productions -including an ironic name drop in Trey Edward Shults’ 2019 film “Waves,” where a character confuses Animal Collective for the band in question. “Champagne Coast,” the tenth track off of Blood Orange’s 2011 album “Coastal Grooves,” has played over the beginning of “Palo Alto,” and in the middle of the third episode of “Euphoria.” It’s clear that his music has a hold on these particular stories – half of the scenes with his music playing over would not be deemed “relatable” or “Oscar-worthy” if it weren’t for him.

Hynes’ success is due to, and notwithstanding, the fact that he has created music for and with other artists in the industry with more recognition than him. And in the world of film scores and soundtracks, it only takes one song to move pop culture – so much so that you cannot distinguish one from the other (see “Black Sheep” from Edgar Wright’s “Scott Pilgrim vs The World,” “Sing” from Danny Boyle’s “Trainspotting,” and any song off of Sofia Coppola’s “Marie Antoinette”). Many people, particularly cinephiles, beg for a song that encapsulates the longing, bittersweet melodrama of growing up, and when they finally get one, they have no clue what to do with it. “Champagne Coast” has appeared in some of the most highly reviewed and analyzed projects in the past ten years, but is only recognized by a handful of film critics and writers.

But are film columnists to blame for the lack of acknowledgement to these artists? While critics and members of media organizations hold a lot of power over what is considered modern and organic, it is the audience that takes predominant judgement over what is deemed “on trend” in the era of consumption.

The demographic of these films – mostly young, American people with some interest in art – make their appreciation for this style of art on different corners of the internet. Discourse mostly takes precedence on text-heavy outlets like Twitter and Letterboxd reviews, while more visual-heavy criticism takes place on Tumblr, Instagram, Tik Tok, and Youtube (which can also fit into the text space, many people write carefully researched essays discussing films, then create a 20-30 minute long visual to go along with their narration).

As the online population of film enthusiasts expands, a renaissance of overlooked independent films have made the rounds in these edits, including “Palo Alto” and “Mainstream.” I’ve noticed that many songs, films, and artists of the (distant and recent) past have had their work trending through social media, whether it’s in the form of a TikTok, or even remade for newer generations. Despite the plethora of content coming in waves today, there is a craving for finding the new in the old. However, if your content is hard to access, or borderline unavailable, it is not likely that you’ll hear or see any of these pieces talked about online or word of mouth. The nicher, the harder. Hynes’ original soundtracks and his work under the names Lightspeed Champion and Blood Orange are available on every streaming platform, but the films and TV series on which his work shines through are either housed on pay-per-view subscription platforms, or shown in one-room theaters for two weeks. Most independent or art house films are made from a very limited budget, which can make distribution especially difficult. Big name festivals like Sundance or TIFF (Toronto International Film Festival) allow exposure of these films exclusively to buyers, but a film being bought out by a studio or distribution company is not for certain.

Though Hynes’ and his affiliated acts are very prolific in both industries, his lack of endorsement by the industry and audiences alike can be blamed on the lack of accessibility to his work, which is either viciously gatekept, or largely unavailable to a wider audience. In a time where Pinterest boards are filled with stills of indie dramedies, and Instagram stories novelize infographics shouting “SUPPORT THE ARTISTS!!!,” and media is rooted up from previous decades for the sheer nostalgia value, credit never seems to be given where it is a decade overdue. While his work may not physically manifest in your library, Dev Hynes undoubtedly is the backbone of your cinematic adolescence. It’s a pity he isn’t treated as such.