5 titles on romance, family, self-discovery, and grief to add to your list. 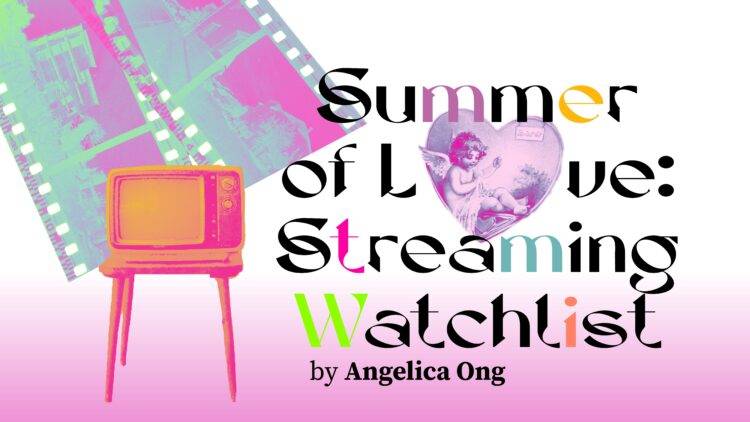 On the silver screen, the notion of “love” may immediately bring to mind titles like “When Harry Met Sally…” (1989) or “Love Actually” (2003), but love takes many forms, found in the experiences of people from all walks of life. From familial love to romantic love, self-discovery to grief, here are 5 unconventional titles about love:

Move to Heaven is inspired by Things Left Behind (2015), an essay by Kim Sae-byul, a former “trauma cleaner.” The main protagonist, Han Geu-ru, is a 20-year-old with Asperger syndrome. He works at his father’s company, Move to Heaven, which cleans out the possessions of the recently deceased.

“Move to Heaven” is based on Things Left Behind (2015), an essay by Kim Sae-byul, a former trauma cleaner. The main protagonist, Han Geu-ru, is a 20-year-old with Asperger syndrome. He works at his father’s company, Move to Heaven, which cleans out the possessions of the recently deceased. Then, Geu-ru’s father passes away, and his estranged half-uncle, Jo Sang-gu resurfaces. Alongside Geu-ru, Sang-gu struggles with unresolved traumas which impede him from fully grieving his half-brother’s death.

Each episode involves a job that Move to Heaven takes on, revealing stories of the departed through what is left behind. Told with emotional depth, it forces us to confront our mortality and contemplate the people and possessions that survive us in death.

Where to watch: Netflix

“Navillera” tells the story of Shim Deok-chul, a 70-year-old retired mailman who resolves to pursue his secret, lifelong dream of doing ballet, much to the disapproval of his family. At the dance academy, he encounters Lee Chae-rok, a talented 23-year-old dancer whose financial and emotional struggles impede him from performing at his best.

The series is powerful in its emphasis on the sexism and ageism that plague ballet, as well as the social pressures that various demographics face. Deok-chul faces immense social stigma for starting ballet at 70 and pursuing the art form as a man. “Navillera” maps the friendship that develops between Deok-chul and Chae-rok, and how they continually inspire each other through their immense passion for ballet.

Where to watch: Netflix

Titled after the main protagonist, “Violet Evergarden” follows the story of Violet, a young woman who has just been relieved of military service following a near-fatal skirmish. Having grown up on the battlefield as a child soldier, Violet is emotionally stunted. She begins adjusting to society through working as an “Auto Memory Doll,” an amanuensis (a literary or artistic assistant) who helps clients articulate their thoughts and feelings in letters.

Each episode touches upon different kinds of love, from a hesitant romance of two young lovebirds to an unwavering love of a mother for her daughter. Through finding the right words and phrases for her clients, Violet begins untangling her own emotions, and begins to understand what it is to love another.

“Beautiful Boy” is based on the memoirs “Beautiful Boy: A Father’s Journey Through His Son’s Addiction” (2008) by David Sheff and “Tweak: Growing Up on Methamphetamines” (2007) by Nic Sheff. New York Times writer and divorcee David Sheff discovers that his son, Nic Sheff, is using drugs and sends him to rehab. Nic completes his rehab program and enjoys a period of sobriety, but eventually begins abusing drugs once more after entering college, and this time to even greater detriment.

The significance of this film lies not in illuminating the harrowing path of recovery that Nic and his family have to take. It emphasizes the destruction to Nic’s physical health, personal relationships, and psychological well-being, and highlights the immeasurable love, patience, and perseverance his father needed to bring him back.

Where to watch: Amazon Prime Video

This short centers around Greenwood, a man whose rich inner thoughts are rendered mute by his severe stutter. He experiences immense frustration and social isolation — but on Facebook, his relationship with his online girlfriend Ellie flourishes. When she asks to meet him in-person, though, Greenwood begins to worry.

“Stutterer” shows how everyday tasks can become catalysts for anxiety for people with disabilities, but it also serves up a heartwarming romance, proving that disability does not bar someone from being just as deserving of love and a sense of belonging.

Best AIC Paintings to Go On a Date Inside...