The Solace of Letters in a Turbulent World

Learning to appreciate the ordinary through handwritten correspondence 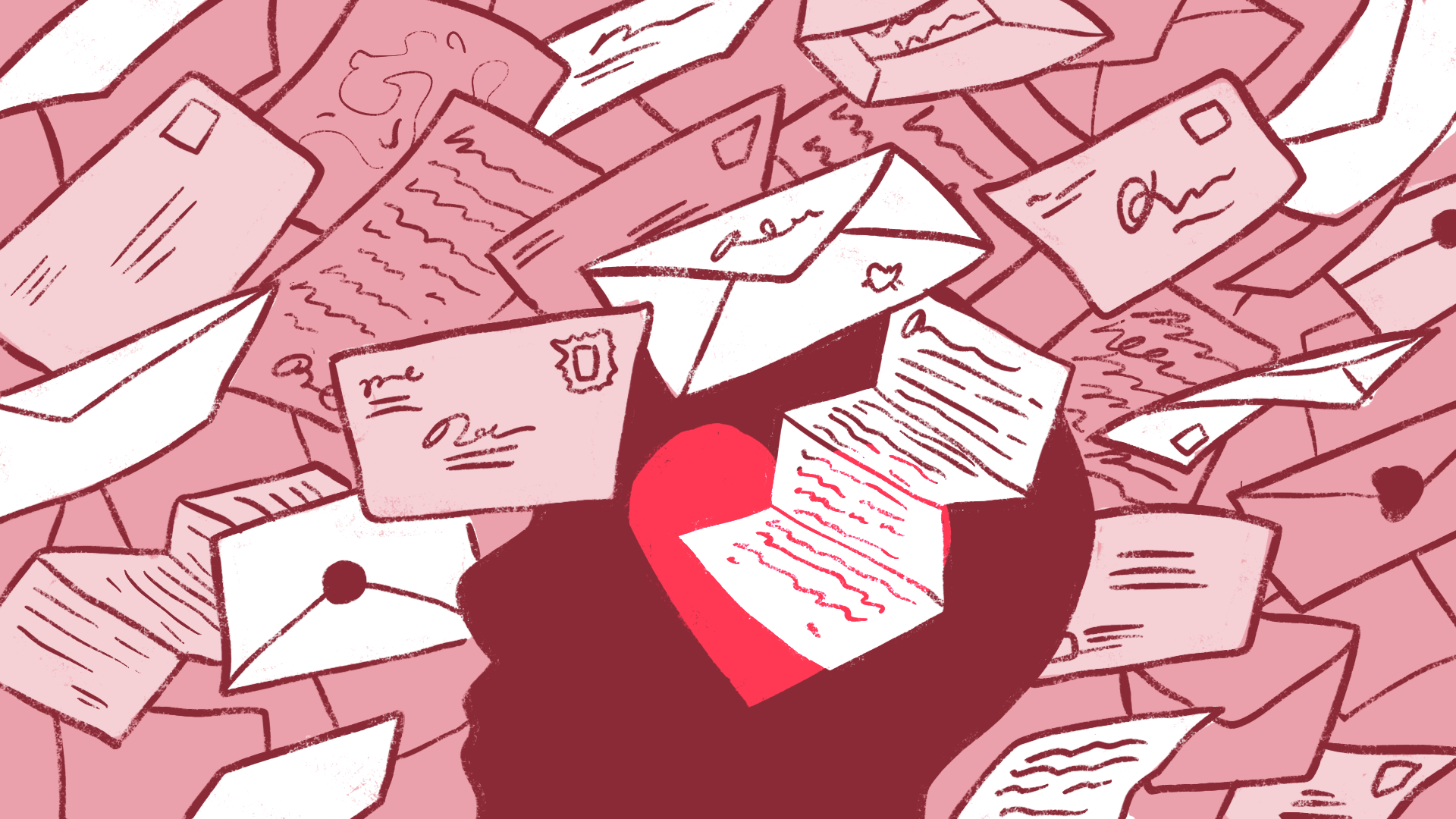 My habitual trips to the post office are a necessity of a different habit I’ve picked up recently: exchanging letters with Carol, my step-grandmother. Besides dramatically increasing my understanding of quilting club culture and what to do if your cat is spraying, this correspondence has been a crash reintroduction to the archaic joys of writing letters.

For anyone who’s kept a written diary, letter writing feels very familiar. Handwriting lends itself to confessions and word vomit in a way typing doesn’t, at least for me, and it is very easy to forget about the person you’re writing to. There is a level of intimacy inherent to letters, especially when quicker and easier methods of communication are so widely available. When you can get all the same information across on a phone call, writing a letter stops being one of many options, and becomes a symbol of care. Even if they’re visually drier than a Home Depot, paper letters are precious things. Inside jokes and worries and secrets are made physical. Writing someone a letter is creating a precious object, a hard record of a relationship. It’s something you can hold on to and revisit for years to come, even for generations.

I recently acquired a digital archive of Christmas letters written by my maternal grandmother between 1970 and 2004. They detail my grandmother’s garden and multiple generations of dogs, my mother’s infancy and mine. They’re sad and funny and mundane; they evoke pictures of my grandmother sitting at a messy kitchen table with a typewriter, the same table I’ve sat at with crayons or winter break math homework. It’s comforting to know how in 50 years, technology and borders and vernacular change, but day-to-day annoyances and joys are more or less eternal.

Last winter, a love letter sent between two nuns in the 12th century circulated on the gay and medieval history sides of Twitter. In the letter, the sender writes to her beloved: “Since I’ve had to be without your sweetest presence, I have not wished to hear or see any other human beings, but as the turtle-dove, having lost its mate, perches forever on its little dried up branch, so I lament endlessly till I shall enjoy your trust again.” If this had originally been written in 21st-century English rather than medieval Latin, it would read like a late-night text between two high school sweethearts separated by a long weekend. I don’t say this to minimize this expression of marginalized love, but rather to point out the fact that because the sender wrote a letter — and because everyone who had it afterwards valued it enough to preserve it — people living almost a millennium in the future get to understand that such earnest and all-encompassing longing is nothing new. Letters contain a record of the non-historical parts of past lives; maybe this is why reading them is such a punch-in-the-face reminder of our place in history.

Letters have an unparalleled ability to cover both complex and messy internal lives and major historical events equally well. They might be the best form of writing there is for capturing a broad picture of the human experience. Especially as you go further back, letters’ ubiquity made them a kind of fly strip for interesting, important, and moving things; since all kinds of people wrote and saved letters, we have letters from all kinds of people.

Letters democratize what is preserved. Every letter we have access to in the present is the result of generations of people deciding it was worth saving; this is true to some degree for anything but keeping a letter is a lot easier for most people than keeping a painting. Even those letters that end up in museum collections had to have been saved by whoever it was originally sent to, and likely a few generations past that before they came into the hands of major institutions. There’s hopefulness in letter writing because of this: the idea that evidence of your life will be around after you’re gone, and the idea that there will be living people around to engage with this evidence. It reminds you of your place among past and future generations.

The first few months of college are an onslaught of new experiences. I knew this going in, but some things still caught me off guard. For example, how awful going to the post office is. The trudge there and panic when you arrive, the moment after you put your carefully crafted letter in the seemingly random plastic bin the postal worker pointed you to (when you are certain your letter will never be delivered). All this hassle and stress was for nothing, adult life is just an endless treadmill of bureaucratic pain (and you should really have just moved to the Yukon to farm catnip). It’s a lot. Connecting to the past is a vital part of imagining the radically different future we need to address the crises we’re currently facing. Written correspondence is one of the more accessible ways to do that while simultaneously nurturing old and new relationships across borders and bars. The world is a pretty turbulent place to live right now; letter writing might not be a bad way to deal with that.

Literature The Solace of Letters in a Turbulent World
« Previous Story

3 Responses to The Solace of Letters in a Turbulent World