What happens when you take a reported feature story and bring it to life on stage with music and visuals? What changes in the way you experience a magazine when it comes alive?

Darshita Jain (NAJ 2020) is the lit editor at F Newsmagazine. She oscillates between being the human version of a question mark and an exclamation mark.

When I heard there existed something called a “live magazine,” of course, I had to go. What I was not prepared for was just how effective the model was. Created for a stage, a screen, and a live audience, Pop-Up Magazine is a live magazine. Contributors tell vivid, never-before-told multimedia stories, accompanied by illustration, animation, photography. Accompanied by musical collaborators Magik*Magik Orchestra, every story has an original score. No one is allowed to record the magazine.

You have to be there to see this, and after the show, the performers, the producers, the audience, all end up at a bar. It is ephemeral and electric. With contributors like Ava DuVernay, Barry Jenkins, Ira Glass, Beck, Kumail Nanjiani, Alice Walker, and so many more, in the live storytelling tradition of the Moth Radio Hour and TED Talks. A group of media makers came together to create the Escape Issue, where I got to see poet Sarah Kay and Chicago Tribune journalist Lolly Bowean.

After I saw the Escape Issue on October 12, at the Athenaeum Theatre, Chicago, I talked to Aaron Edwards, senior story producer and co-host of Pop-Up Magazine. We got in touch over email later to talk about everything Pop-Up! 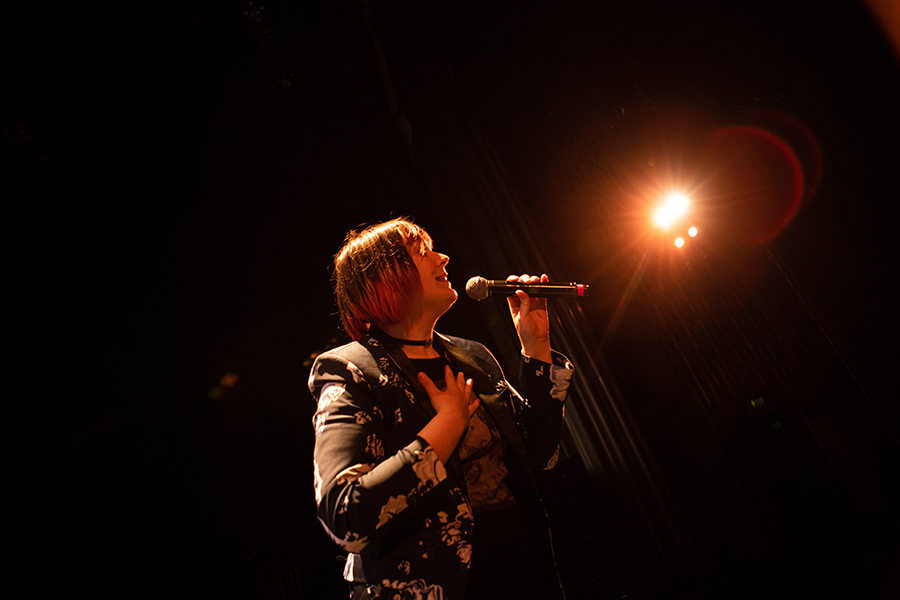 What was the genesis of Pop-Up Magazine? How did the idea of a live magazine come to be?

Back in 2009, Pop-Up Magazine's founders started the show as a way to bring people together from different realms of magazine storytelling. So much goes into making a "traditional" magazine: photographers, artists, writers, designers, the list goes on. Pop-Up began as an experiment in having all those pieces in conversation with each other, in a live setting. What happens when you take a moving, funny, or fascinating reported feature and bring it to life on stage with music and visuals? How does it change the way you experience writing or photography? That kernel of curiosity led to the show we have today.

I noticed the formatting of the show. With the live orchestra, the projection, the art, it really did feel like a magazine had come to life. Can you tell me a little bit about the evolution of the events? What was the first show like?

The first show was in a small theater in San Francisco, and since then it's expanded to include folks who don't have traditional journalism backgrounds. We've had comedians, poets, and dancers. One of my favorite pieces to experiment with was told by a competition beatboxer.

Do you keep adding to the layout as shows and performances progress?

All the time. And the things we add range from light touches to new story formats altogether. We've had stories that involve the audience eating something, we've given away custom-made candles, and we've even incorporated shadow puppetry. Sometimes all a story needs are words and visuals. But we try to let stories dictate what presenting it on stage can add. 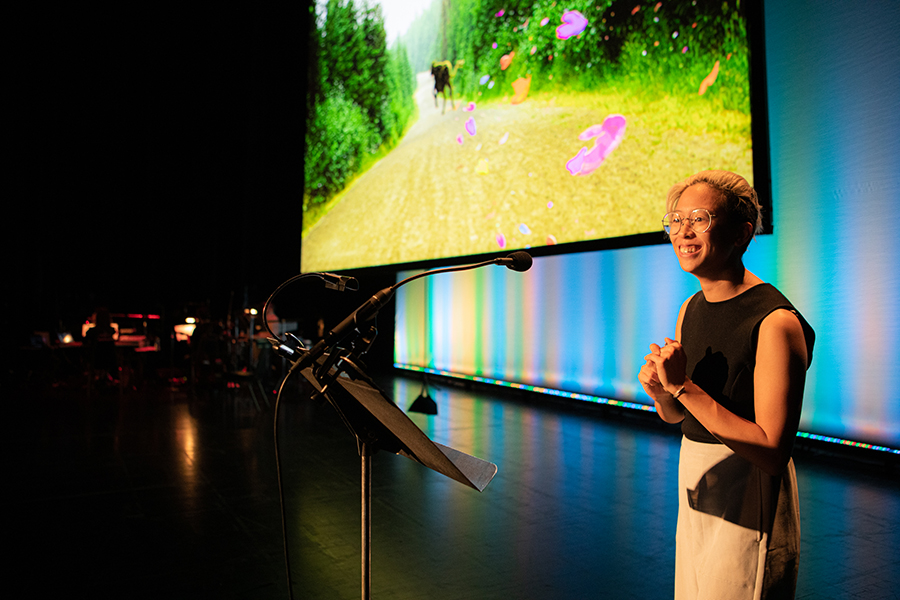 How do you choose your performers/writers? What goes behind the curation?

We have a team of producers who are always on the hunt for great stories throughout the year. Everyone has their own approach for finding contributors. In general, we ask journalists and artists for pitches on stories they're working on, and we as a team determine what could work for the show. After we assign a story, we start to loop in our art team, our music director Minna Choi, and lots of other folks who help us bring it to life. 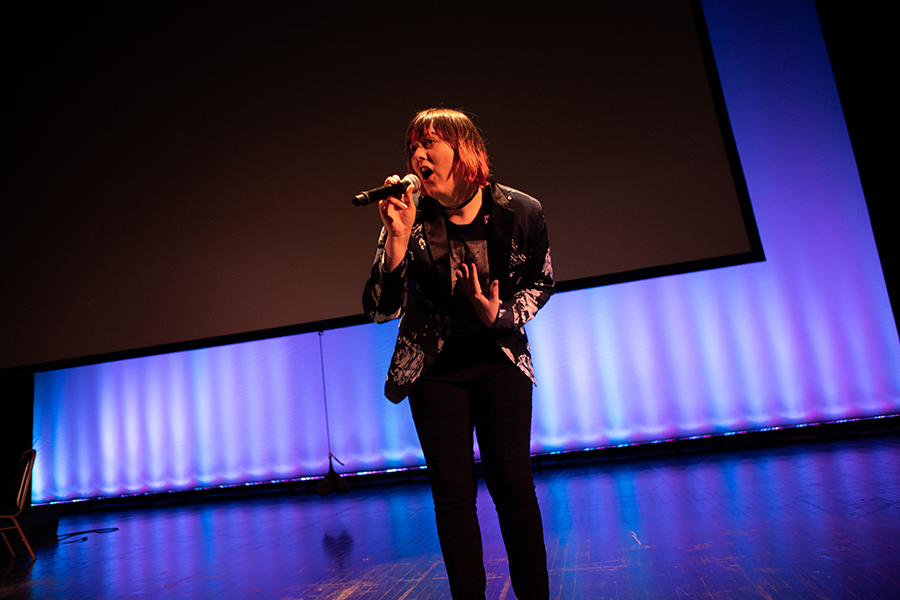 In all the stories you have put out, can you pinpoint the common driving factor? What are the kind of stories you want to put out in the world? Why?

I always like to be surprised. I love a tinge of weirdness. And I love to laugh. So the stories I bring to the show tend to live at that intersection. I never want a piece to feel like a lecture. Informative can also be beautiful, and moving.

I study in a program called New Arts Journalism. I found it so so amazing that the Magazine was taking on everything new age, and also adding the old tradition of storytelling in India, almost troubadour-like. Why do you think we need a pop-up theater? What does it do that a magazine cannot?

When I watch the show from backstage, about 70% of the time I'm looking at the audience. I'm looking for how they're reacting. I get a similar feeling when I show a friend a movie I love and watch for glimpses of how they're receiving it. That's very special to me. Experiencing something in a room full of other people fundamentally changes the relationship between the story and the person it's being told to. Laughter becomes an unwritten part of the script. Silence and reflection says a lot, too. 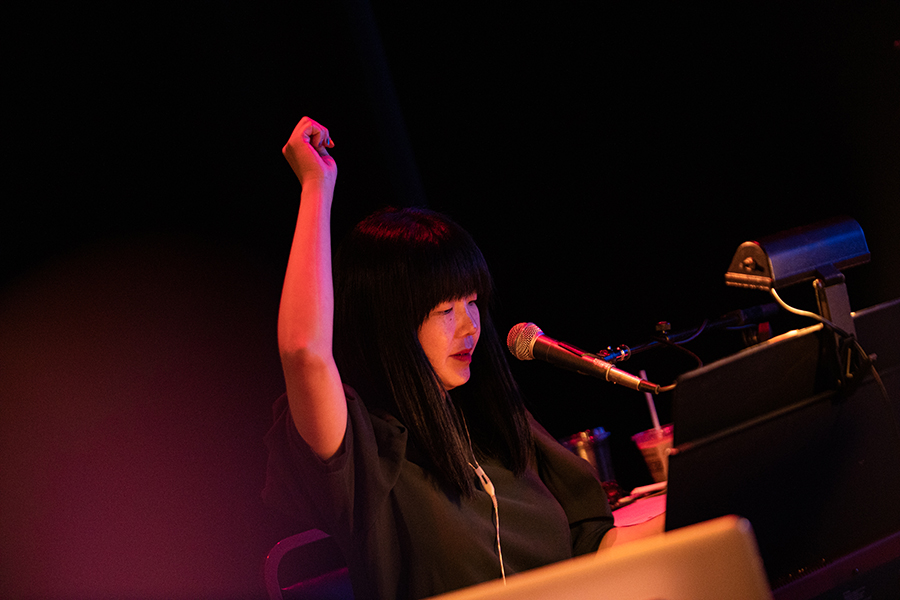 How do you navigate the question of, “Is it journalism, or storytelling?

I don't see those things as separate. Some stories, even if they are journalistic at their core, can entertain or delight. And some stories that are more in the realm of memoir still have elements of reportage.

I noticed the advertising partners like Google and Lego, which is such a big deal. I know Pop-Up Magazine has had an amazing lineup of people, but if you had to tell a person starting out in the world, how would you describe the way money worked for you? Did it begin with a grant?

The first shows were very much a hobby and experiment, so it was all out-of-pocket for the co-founders. Now we have a dedicated sales team and brand studio that produces custom ads for the show. This also came from our original inspiration of print magazines. You flip through the pages of a magazine and see all kinds of ads. Our show is the same. We try to make the ads feel like they belong in a live setting. For example, our recent sponsor SF Opera had two singers perform a snippet of “The Marriage of Figaro” on stage. It was a great way for them to advertise — in a beautiful theater, to a captive audience, in between other stories.

Do you plan on doing more themed issues?

We're open to it! The Escape Issue was our first themed tour. Our next tour, our Winter 2020 Issue, however, will be a general interest show. 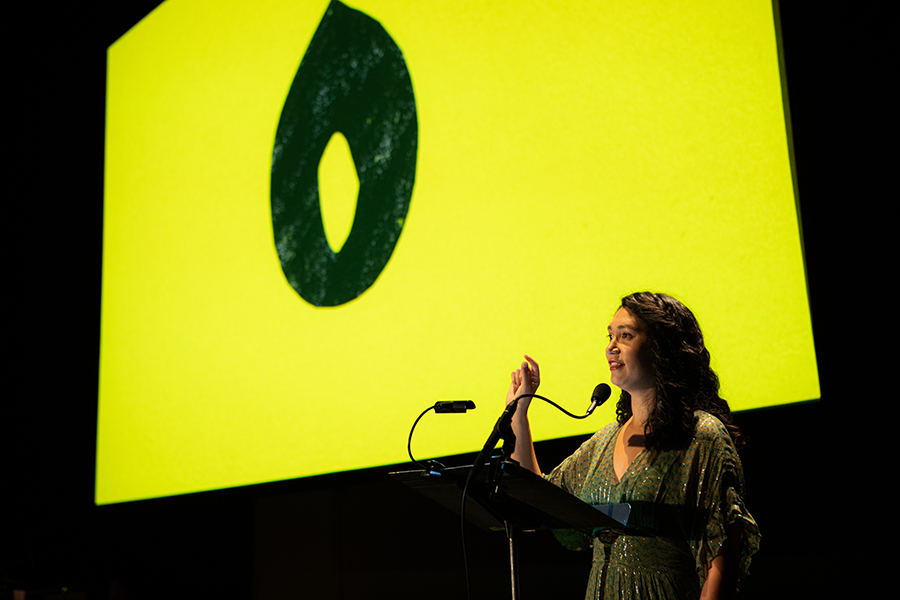 Where do you see the future taking you? I know the importance of the ephemerality for the Pop-Up Magazine, so are you for yourself archiving the shows? How does the audience engagement change when a show is so ephemeral?

We have internal ways of tracking and logging shows for our own use, but we don't put anything online publicly. Something special happens when you know what you're experiencing will only exist in that form once. You tune in differently. You sit up a little more and listen to the details. You might even be more inclined to continue the conversation that a story starts. I have a background in theater, so it's exciting to see that applied to how someone might encounter journalism, comedy, or live experimentation. So much theorizing and analysis of attention spans posits the idea that everyone wants shorter, digestible, and repeatable things. But I think we actually want to sit with things longer. I think we actually want to pay attention, if we're given something worthwhile.

What is your dream cast?

A show entirely made up of black writers, photographers, filmmakers, and performers.