Why are readers so angry about the so-called “great migration novel”? It’s a sensationalist mess. 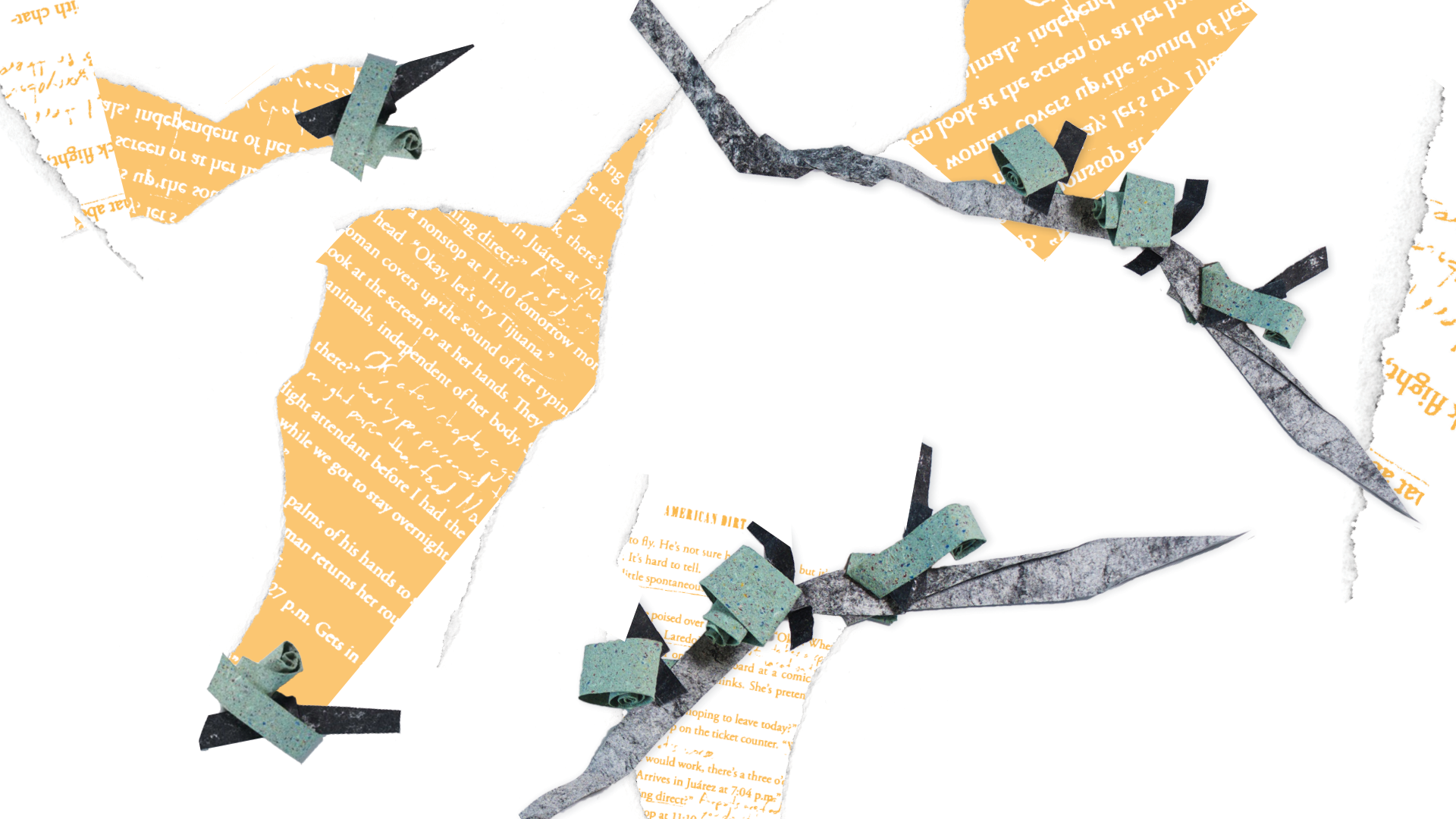 In the opening scene of the 2019 Nigerian film “Lionheart” — which made U.S. headlines because of its ineligibility for the Academy Award for Best International Film — dozens of bat-wielding, muscular gang members ambush a bus full of people as it arrives at a transport terminal. The passengers shut the windows in panic and watch in horror as the armed men drag a couple of people out of the bus and threaten to beat them up. At this moment, it feels like regular moviegoers can sit down, relax, and prepare for the day’s dose of curated bloodshed.

But then Adaeze, a bus company’s CEO’s daughter played by Genevieve Nnaji, who is also the director and co-writer of the film, promptly sends them off with a speech. Neither this gang nor this kind of a situation ever appear in the rest of the movie, which instead focuses on Adaeze working to rescue the family business from near-bankruptcy. It is a warm, lighthearted work that addresses an individual’s story through a distinctly Nigerian lens — particular family dynamics and inter-tribal relations both influence key plot elements — yet it refuses to cater to stereotypical expectations of “dangerous Africa.” In this opening scene, it feels like the film knows exactly what we’re anticipating, and then subverts our expectations.

The same cannot be said of Jeanine Cummins’ new novel, “American Dirt.” Its initial scene — its first sentence, in fact — conjures up a perilous failed state south of the border. Lydia Quixano and her 8-year-old son Luca hide in the bathroom as a cartel guns down their family at a birthday party. They’re seemingly left with no choice but to flee their home in Acapulco and make their way to the U.S. aboard La Bestia, the extremely dangerous network of trains often used by Central American migrants heading north through Mexico.

Reviewers such as Myriam Gurba, who in December delivered a cathartic takedown of the novel, expressed outrage from the moment advanced reader copies became available. Collective backlash snowballed in mid-January when the book was released nationwide to the tune of numerous celebrity endorsements, notably including Oprah Winfrey, who announced in January that it would be her next Book Club selection.

There were more than enough reasons to be angry at the book. Cummins, an author who had previously identified as white and later emphasized her Latina heritage via her Puerto Rican grandmother, was paid a seven-figure sum to write it (the fact that her Irish husband’s former status as “undocumented immigrant” was thrown around to give her credibility only made things worse). “American Dirt” was hailed as  “the great novel of the Americas” (novelist Sandra Cisneros) and a “‘Grapes of Wrath’ of our time” (novelist Don Winslow). In the author’s note, Cummins acknowledges that she wants to “give a face” to the “faceless brown mass” attempting to cross the border in search of a better life.

Latinx voices promptly responded on Twitter, picking apart and sharing all the different inaccuracies in the book. To list a few: conchas aren’t sold in boxes; no one spells the last name “Quixano” like that in Mexico; “Luca” isn’t even a Spanish name; Mexicans don’t really have “church shoes,” because they don’t really dress up to go to church; the “bogeyman” isn’t a thing there; and the author doesn’t even bother to give Abuela a name. On their own they’re tiny details, of course, but they add up, and the novel becomes impossible to take seriously. Imagine reading a book and bumping into at least one factual error every time you turn a page. When Cummins claims she spent five years researching, it’s hard to believe.

The minor details, however annoying, are not the book’s most unforgivable offense. The worst part of “American Dirt” is its story, especially as it claims to represent an authentic immigrant experience. In the story, Lydia is a middle-class woman in Acapulco who runs a bookstore (with some English-language volumes in stock). She is an avid reader, married to a journalist who covers drug crime. After her run-in with the cartel, she empties her bank account, where she has over $12,000 saved. Anyone in her predicament with that amount of money would call a cab to the airport, then get on the first plane to the U.S. (we can safely assume she has a valid tourist visa considering she seems to like reading in English so much and she has family in Denver).

Instead, a few plot contrivances — mainly the fact that Lydia isn’t carrying any proper documentation for her son — somehow make buying a plane ticket impossible. So she decides to board La Bestia, a network of cargo trains that Mexican and Central American immigrants often use clandestinely for a faster, though much riskier, journey to the border. Never mind Lydia’s completely false claim that La Bestia is the one place where narcos won’t reach her — drug cartels extort and kidnap migrants all the time on these trains — but this is simply not something a woman with her privilege would do. Anyone who knows the first thing about La Bestia knows that it is literally the last resort, so it would be far less risky for Lydia to go back home, pick up the proper documents, and head back to the airport. La Bestia’s passengers aren’t middle-class women who own bookstores, or people who still had $12,000 in their bank account the day before. They’re often Central Americans who don’t have the proper papers to freely circulate even in Mexico — let alone the U.S. — and who literally have no other choice but to face possible robbery, scam by smugglers, or death.

Ultimately, the novel persists in doing everything that “Lionheart” avoided. Whenever it can give the viewer bloodshed, deceit, and despair, it does, all the while framing itself as a gripping story that encapsulates “the migrant experience.” But Cummins told no real story. She felt entitled to play around with a few truths and stereotypes and sprinkle them onto her thriller storyline to “spice things up.” As interested as she was in experimenting with particular flavors of trauma, she never seemed to show any interest in the actual experiences of migrants.

Fortunately, this debacle ended up having a silver lining. Latinx writers and readers raised their voices in collective outrage, ultimately leading to a discussion of why this book got so many things wrong. The novel’s publisher, Flatiron Books, decided to cancel Cummins’ tour halfway through, citing “security reasons” in an evident decision to avoid any dissent in the audience. “American Dirt” was the straw that broke the camel’s back, presenting an opportunity for the Latinx community to share voices that did tell real and compelling stories not just about migration, but about life on either side of the border, with all its complexities, its troubles, as well as its joys. In other words, the kind of nuance you can only get if you actually understand the culture you’re writing about.

The Solace of Letters in a Turbulent World