“I imagine that if dating apps had existed at the time, Isherwood would have used them, too.” 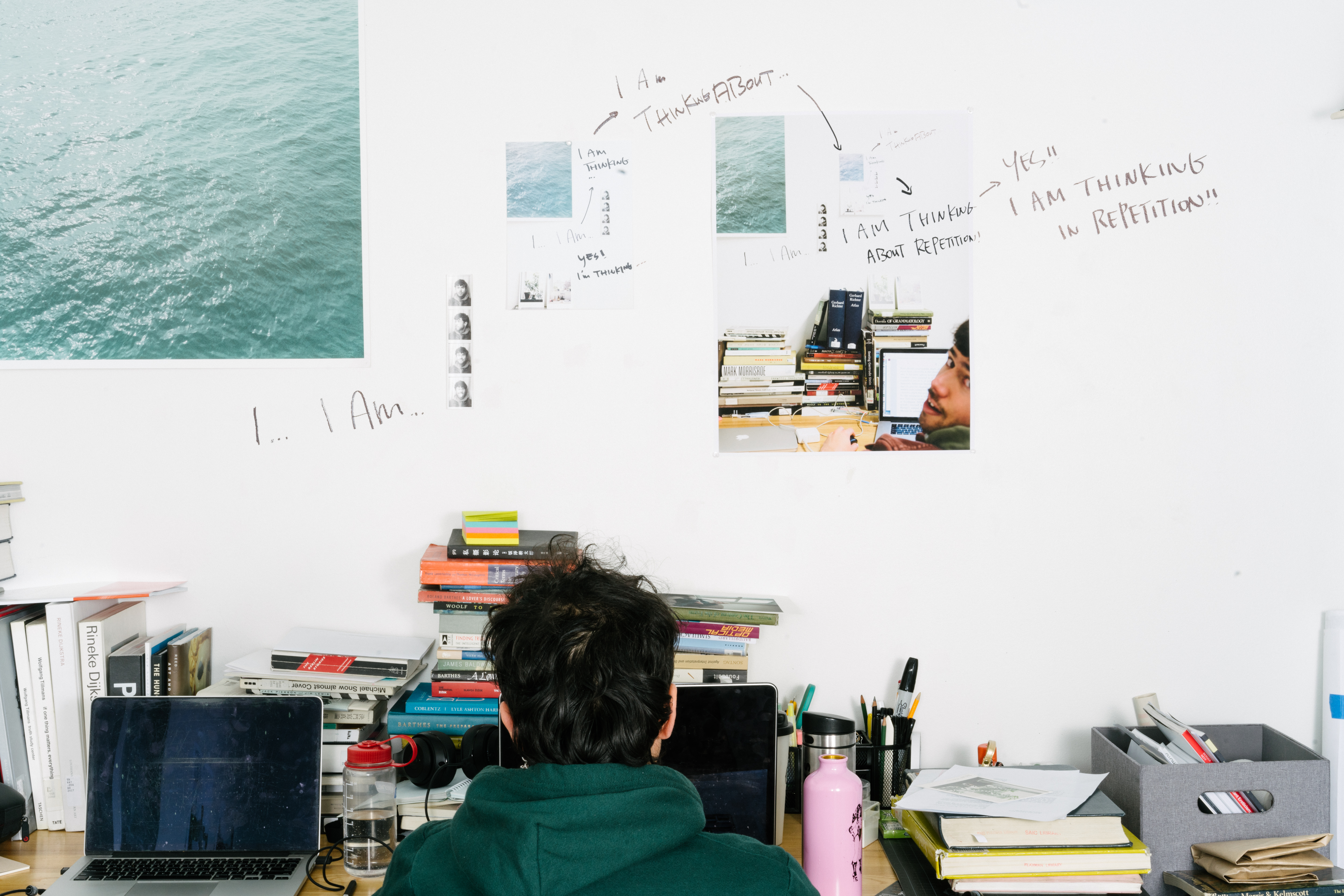 “i’m thinking in repetition” by Ang Zheng. Photograph courtesy of the artist.

Dustin Lowman: When did art became essential for you?

Ang Zheng: It came in stages. My first exposure to photography was in the context of a little gallery tour, back in China, when I was in high school. There was also a talk about this idea of private photography, or diaristic photography — very raw but very beautiful images, which became my inspiration. As an undergrad, I came upon a lot of writing, theories about photography — Roland Barthes’ “Camera Lucida,” Walter Benjamin’s essays where his stylistic choice for his own essay mimics a lot of techniques of photography.

DL: So you practice both photography and writing. Is there a difference in the feeling that precipitates a piece of writing versus a portrait?

AZ: Well, portraiture is a very specific type of photography, and so the interpersonal dynamics, the relations, everything that’s in the air, all of that would affect how I want to make an image of a person. Of course I’m also dealing with someone who has their own idea of how they want to represent themselves, so there’s a collaborative nature to the process. But when I sit down and write, I’m authoring my own text, and I’m sitting closer to my own memory of whatever happened, rather than being in a space with someone else.

AZ: Yeah. To that point, a lot of the writing that I’m producing right now references canonical queer literature. So I am kind of writing with someone in mind, which alters my relationship with writing; I’m in dialogue with someone who produced an entire legacy. But then when I produce images to accompany the text, my subjects are contemporaries, so I like to think of them as my generation of people, who share the influence that people like Isherwood had on me. 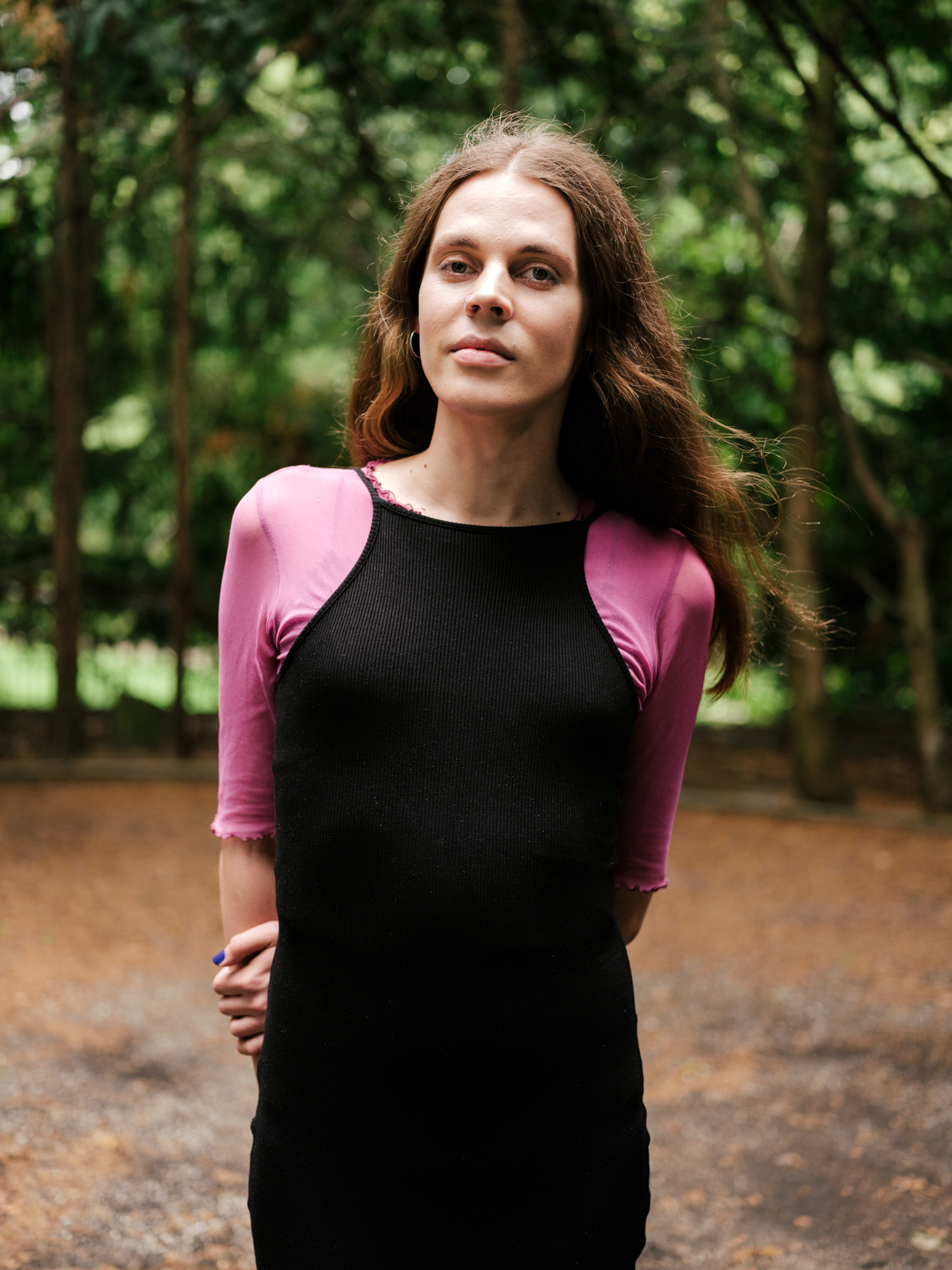 “nikki” by Ang Zheng. Photograph courtesy of the artist.

DL: So that’s interesting, you’re consciously putting yourself in a legacy of seminal queer artists, and extending that lineage to yourself, and to your cohort.

AZ: Yes. That is my strategy, that is my experience. I grew up in a conservative environment, a Chinese Christian household, which has a lot of preconceived notions of how one should conduct oneself, especially with regard to gender and sexuality. Because I identified with western canonical writers like Christopher Isherwood, one aspect of finding myself came through other people’s works. The other part was physically moving my body from one corner of the world to the other, seeing how other people process their own genders and sexualities, and relating their experiences to mine.

DL: When did you first discover Isherwood’s writing?

AZ: Isherwood — I mean it was always in the back of my head, you know the canons, everybody knows about them. I started reading him before I went to Berlin, in the spring of 2019.

DL: From what I understand from your writing, it inspired you to follow in his footsteps and go to Berlin.

AZ: Yeah. But Isherwood’s writing was produced in the 1920s — almost 100 years ago. So I wanted to go after Isherwood not because I wanted to see what he saw, because those things didn’t exist anymore. Bearing that legacy on my shoulder, I wanted to see what it was like today — that’s more interesting to me, rather than completely submitting to the canon and the legacy.

AZ: It was interesting. I went for 2 months. The environment is much different, of course. The culture is in general, but specifically the culture around the subject matter that I deal with in my work. A lot of people were very open to me. There were a lot of immigrants and expats who all went to Berlin because they’d heard something about Berlin, and they understood Berlin before they even got there — and so it’s like the place is calling them to be there.

DL: How did you meet them?

AZ: I was in a residency program when I was there, so there were about six other people with me who were having similar experiences. Others I met through social media, online platforms, queer dating apps.

“dear chris” by Ang Zheng. Photograph courtesy of the artist.

DL: So that was a valuable resource.

It’s something that I want to incorporate into the work, but I don’t want to reduce my subjects to “people I met online.” That was the beginning point, but a lot of these images came into being after we spent a lot of time talking, hanging out, getting to know each other.

DL: I feel like there’s a perception that people one meets online are less legitimate somehow — but that’s not actually true, right, if you meet somebody, and develop a friendship or a relationship with them, it shouldn’t matter what the source is.

AZ: I met my partner through Tinder, so I have a good case against the argument that relationships you develop online are lesser than in real life. It is a product of the time, and it’s more interesting to think about how it affects our interactions, rather than equating meeting with people online with having a lesser of a relationship or a connection. I don’t know how that’s gonna come into my work.

DL: You have such a frontal approach to depicting your subjects. They’re not hiding anything from the photographer, from the viewer. I assume that’s intentional, to display them in this very open way. Is that part of your goal?

AZ: I think “frontal” is a good way to describe the energy that I want in the pictures, because my subjects — I don’t wanna speak for everybody — most of them don’t believe in essences in the way they present themselves. Many of them somehow perform the image of gender nonconformativity. So that’s the way I think of the frontalness, the confrontation that I want in the images, their bodies performing their personal ideals. It’s this obsessive inclusion of what can be seen as “true” and what can be seen as “performed,” together in the same frame. How can that complicate our understanding of honesty or truth, specifically in relation to gender and sexuality?

AZ: My family only has three people — my mom, my dad, and me. So far I’ve worked mostly with my mom’s pictures because my dad moved away for a job very early on. My mom and I are closer; we’ve spent more time together. The story that I want to tell through photographing my mother is about my experience with her as literally thousands of miles away from the context in which I made the other images. My experience with my mother only exists in Chinese, and I also am physically separated from her because of school, so what I write on her images will be much different than what I write on images of my friends. Also, I definitely wanted to bring my Christian upbringing into my work. She is the one who brought all of us to church, so whatever I have to say about Christianity has to go back to her.

DL: How do you think about Christianity now?

AZ: It’s part of my experience growing up. I don’t go to church anymore (my mom doesn’t know). It definitely affects my understanding of themes I explore in my other work, like sexuality and gender.

DL: Do you look back on it with tenderness, or regret?

AZ: There’s no need to be regretful about it. I want to clarify that when I talk about Christianity, it’s a really specific type of Christianity. A lot of it is about the language. The daily practice that I had with my mom reading the Bible, praying together, was all conducted in Chinese. Coming here, I went to a Chinese church that was in English. The sermon was in English, which was the initial reason why I didn’t go anymore. I’m also trying to understand why my mom initially brought us to the church. I think that through the act of reading to me from the Bible every day, disciplining me to pray every day, she simply wanted me to be good. Whatever she understood “good” to mean. That’s something I don’t want to take for granted. 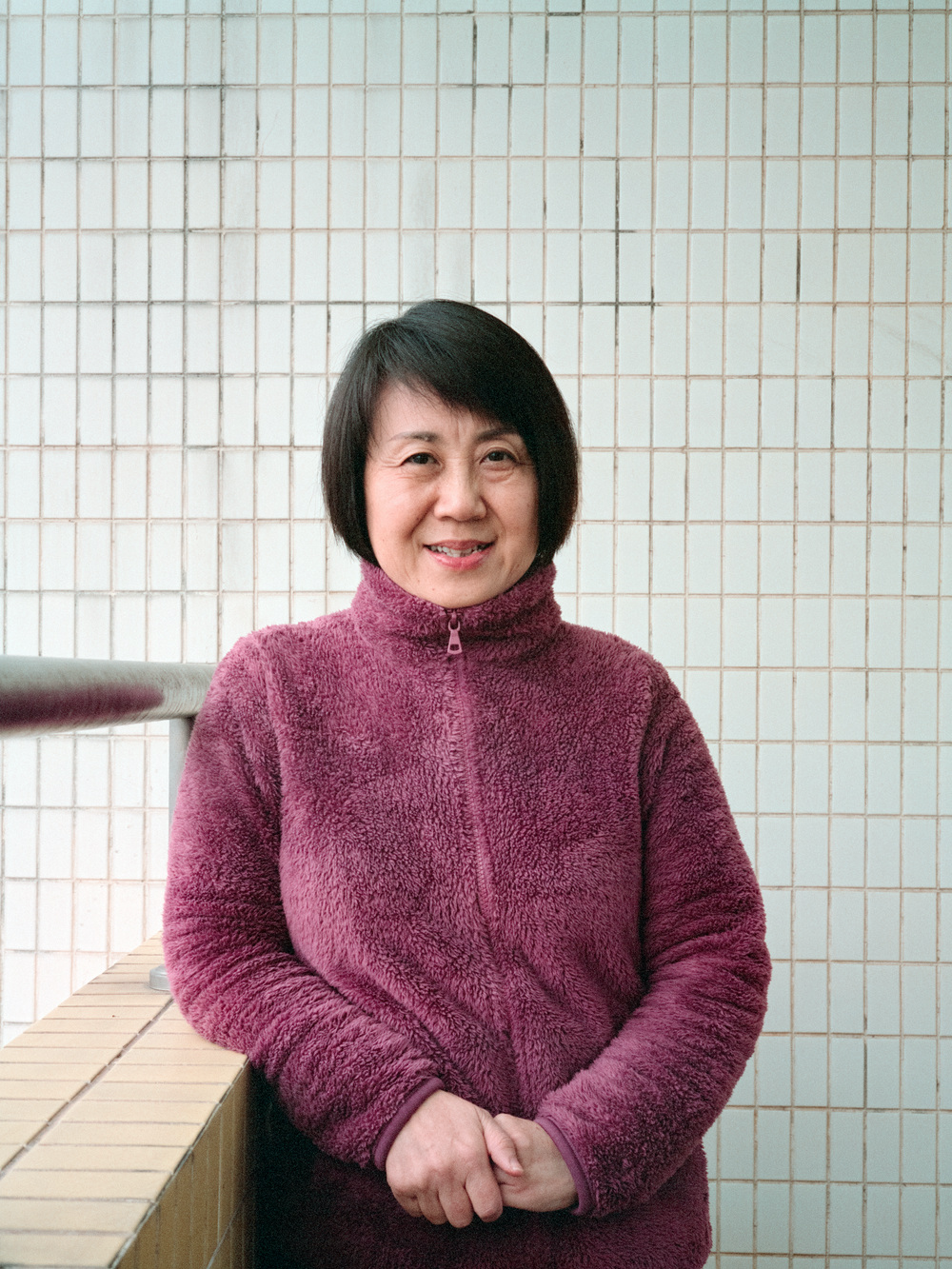 Photograph courtesy of the artist.

DL: What is your dream as an artist? What’s the best case scenario for how your career could go?

AZ: I want to have the ways and means to do the things that I’m interested in.

DL: Is there any part of you that wants to be famous?

AZ: I’m interested in people being able to see my work. Fame — I don’t know. If we understand fame as this thing of people knowing me on the street, then I definitely don’t want that. But if fame can be translated into more artistic freedom, then yeah. That’s something that I am striving for, and I think all of us are. The dream is to be able to focus on the kind of work that we want to make.