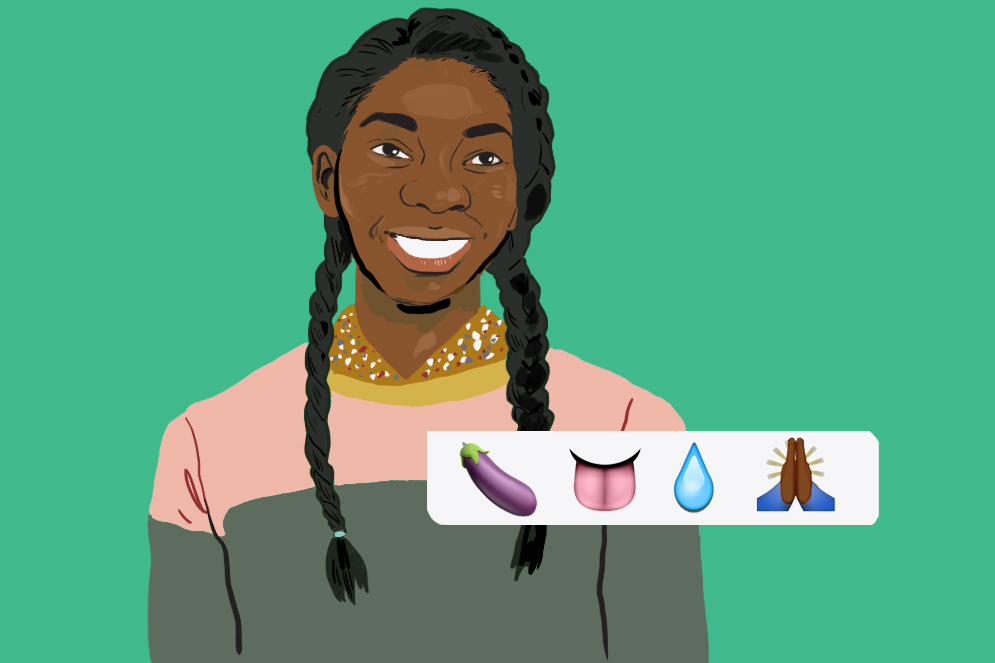 It’s a stressful moment — the culmination of her education at Guildhall — as Michaela Coel prepared to turn in her play, “Chewing Gum Dreams,” as her graduation project. The play, produced by a British theater company, is a one-woman show that tells the story of 14-year-old Tracey Gordon. The play draws on the uncomfortable experiences of being 14 and dealing with religion, sex, friendship, and school at the same time.

Two years later, Channel 4, a British public-service television channel announced that there would be television show, written by and starring Coel, also called “Chewing Gum.” The show stars  Coel as a 24-year-old Tracey. (She’s aged a decade since the titular inception.) The show also stars Robert Lonsdale (as her boyfriend Connor), Susan Wokoma (as her sister Cynthia), and Danielle Walters (as her best friend Candice).

Taking a “Deadpool”-esque approach to humor and monologues, the show opens with a pair of lips — they’re Tracey’s first boyfriend Ronald’s — thanking the Lord in prayer. Tracey, meanwhile, licks her lips and twists in her seat dreaming about him. Fittingly shot, this scene sets the tone for the show. Tracey, who works as a shop assistant and lives with her evangelist mother, is on a quest to get laid. The serialized show chronicles her adventures in a world outside of her mother’s sermons and gives the viewers a glimpse into everyday life in Tower Hamlets, a racially diverse borough in East London.

Her chances of getting laid decrease drastically when she finds out that Ronald, her rich, Christian, mom-approved boyfriend is not interested in her — or in women in general, for the most part. She dumps Ronald and meets a poet named Connor sitting on top of a trash can, checking her out. Connor writes poetry and has a hard time finding words that rhyme with “Tracey.”

As promised in the theme song, (“Life ain’t no Hollywood for any one of us,”), the boy and girl do not have sex promptly after their first date / encounter. Besides devising clever ways to land up in bed with a boy, the show also spotlights the types of people usually found on the fringes of society that no one likes to talk about.  Connor’s mother is a practiced shoplifter and has a formula for finding partners on dating websites. Tracey’s  best friend Candice’s single ‘nan’ (or grandma) has a robust sex life that’s an integral part of the show. Tracey’s second boyfriend, Ash, is a white man who fetishizes women of color. Another comical and eye-opening element of the show is the story of Tracey’s nosy and equally hormonal sister, Cynthia, who attempts to strike a balance between staying true to her Christian beliefs and understanding the audacious sexual pursuits of her sister.

The highlight of the first season is when Tracey meets a friend from college, a successful businesswoman, who offers her a job. As you can guess by now, the job interview does not go as planned, and isn’t as straightforward for a woman of color. There is a scene where some of the other employees tell her that she could get the job by selling them drugs because they assume that to be her part time job.  So, true to their expectation, Tracey finds a way to score some drugs, in hopes of landing a better job. The beauty of “Chewing Gum” lies in the way Tracey’s dialogue makes you laugh so hard at the idea of labeling — identifying and attributing people by their ethnicity rather than, say, physical features, clothing, or even personality.

In a soliloquy to the audience, after almost having intercourse with Ash, Tracey turns the camera, “How you gonna look that deep into my mouth and breasts and tell me I’m black? Look at my mouth, does my mouth look black?”, as she spreads open her lips to reveal her teeth, “Pink, yellow, brown, what’s wrong with this guy man?”

A few minutes later, Ash begs to differ when she tells him that the black thing is not cool. “It’s positive discrimination,” he explains. He goes on to say, “I love jazz,” and,  “I’m a campaigner for ethnic minority power,”

If you are like me — a millennial with an attention span of 20 open tabs on your laptop while you churn out a 2000-word essay while simultaneously singing along to Ed Sheeran — you can totally handle all the trauma, humor and racism of the first season, and you might as well breeze through the second one while you’re at it. The show is sure to make your laugh but not about jokes that rely on racial profiling and innuendos.

Every episode exceeds expectations. From the back of a butcher’s store to a clothing-optional sex party, and the interiors of a dysfunctional family’s home, “Chewing Gum” does a great job of tackling complex issues. It takes on sexism, ableism, racism and the struggles of being raised in a devoutly Christian home. It even slips in a comment on the lack of old women being represented as sexual beings on television. The show sheds perspective on many more issues that we all struggle with, witness, and overlook on a daily basis.

At the same time, Tracey may be told that Rita Ora is the beauty standard, a home-job-car-boyfriend package is the way to a secure future, and that staying a virgin and praying all night and day is the solution to every problem ever. But that doesn’t discourage her from trying to lead a better and more fulfilling life that doesn’t involve peddling drugs and protecting a grocery store from shoplifters.

While tackling heavy subjects like race, religion, and sexual liberation, Tracey is also a 24-year-old dealing with the same struggles of life as anyone else. Just take this line from the second episode of the second season: “I’m a grown-ass woman, I just regularly make child-like mistakes.” 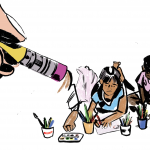 How Much Does SAIC Need the NEA?