Children and illustrators team up to look monsters in the face. 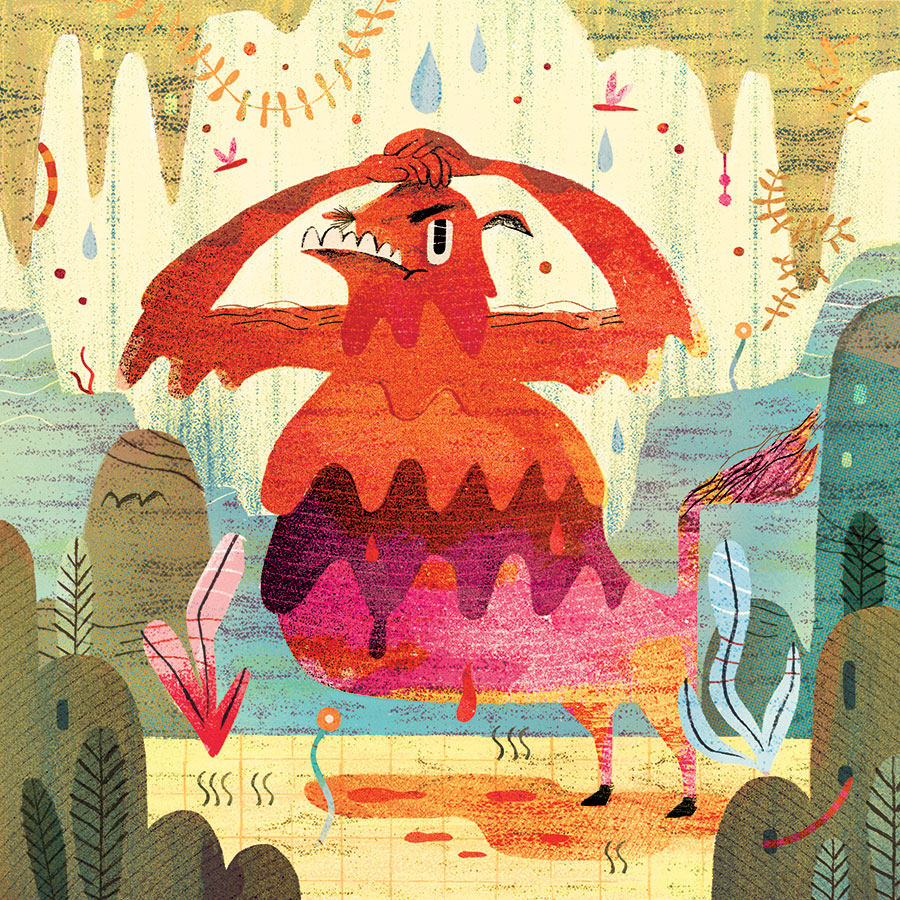 When I was a child, looking on from the other side of adulthood, I thought that the process of growing up meant becoming brave; that adults weren’t afraid of things like I was. This is why my parents didn’t cower under their covers at night, why big kids were allowed to watch scary movies I couldn’t, and why we were safe if an adult was around. Contrary to these previously held beliefs, I have found that adulthood does not bring with it an unwavering fearlessness. Now, on the verge of many “next steps” and life changes, I have found adulthood to be ridden with many more — and more complex — anxieties than my 7-year-old self could have imagined.

Fear takes different forms throughout our lives, but it never truly goes away. Sometimes it takes the imagination and sincerity of a child to face it, to realize there is no shame in acknowledging it’s there. This is what 57 fourth and fifth graders from Logan Square’s Brentano Math and Science Academy have done, in the form of a book project titled “The Monster Gasped, OMG!” Not only have they written about fear, but also loneliness, adventure, compassion, and the simple frustration of being misunderstood in this compilation of science fiction, adventure, and monster stories.  Under the direction of the organization 826CHI, and alongside the creative vision of 24 local illustrators (including three School of the Art Institute of Chicago alumni), this compilation has been printed and bound — a beautifully-crafted “how-to” for navigating life and its myriad fears.

826CHI is a nonprofit organization dedicated to supporting students ages 6 to 18 with their creative and expository writing skills through tutoring, workshops, field trips, and publishing. The organization promotes the power of encouragement, imagination, and self-expression to transform a young person’s sense of self in the world.

The organization’s yearly Young Authors Book Project, which involves embarking on a school year’s worth of weekly in-school writing sessions in a Chicago Public School classroom, will be a collaboration between 826CHI and Bentano. Originally the brainchild of longtime 826CHI volunteer Bryce Parsons-Twesten, this project began with students examining the genesis of fear, reading Maya Angelou’s poem “Life Doesn’t Frighten Me,” and observing the accompanying Basquiat sketches to kickstart the conversation.

These perspectives on fear and desire allowed students to craft profiles of invented monsters, eventually placing their monsters in a brand-new world, fleshing out full narratives. After months of working through plots, thickening description, and drafting, 24 of these stories were sent out to artists who were tasked with bringing these complex characters to life through illustration.

From lonely ghosts and a misfit snake-rat to furry UFO’s and a slimy, troll-faced centaur with cherry red hair, the students’ stories gave artists plenty to work with.  Abi Humber, directing member of the editorial team and 826CHI communications and program manager, spoke to the relationship between the student writing and the illustrations: “There is a really unique way young people describe things. Some things they may not grasp in the way adults would, but other things, they grasp even more deeply than an adult … and I can see that some of the artists picked up on those nuances that are distinct to a young voice.”

As unique as each young perspective was, so too are the illustrations that accompany them. With 24 illustrators, all currently based in Chicago, the stories come to life through a variety of styles and mediums, with each artist highlighting a different facet of a narrative. Comics illustrators like Jeffrey Brown (illustrator of “Darth Vader and Son”), children’s book artist Kyrstin Rodriguez, and Chicago muralists Jeff Zimmerman and Sick Fisher — as well as SAIC alumni and 826CHI volunteers — provided their talents, pro bono.

“The creation of new worlds and secret stories is one of the earliest passions of children—it’s something they are innately good at— that imagination is a source of empowerment. It matters to a young mind to have people listen to you, it matters to hold a published book containing your work, and it matters to have an artist read your story and devote her time and craft to capturing what you’ve written,” said Parsons-Twesten.

We may grow up. We may outgrow our fears of monsters, beasts, and aliens, but we never grow out of our stories — or needing to know that they matter.

This vibrant collection of stories will debut at the Printer’s Row Lit Fest on Saturday, June 11, alongside thousands of other titles gathered for the Midwest’s largest literary festival. Be sure to check out  the writers’ and illustrators’ bios in the “About the Authors” section when you pick up your copy. 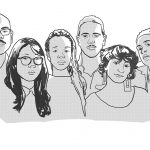 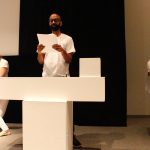 Art and Academia Perform “in the Present Tense”