Art and Academia Perform “in the Present Tense”

An interview with Susy Bielak and Amanda Graham about co-creating a performance symposium in response to the Charlotte Moorman retrospective at Northwestern’s Block Museum.

“There was a constant conversation. We were enmeshed.”

That’s what Susy Bielak and Amanda Jane Graham said to describe their process of creating an academic symposium in direct connection with an art exhibition at Northwestern University when I talked to them about it last week.

Graham is a Mellon postdoctoral fellow at Northwestern in dance studies, and Bielak is the associate director of engagement and curator of public practice. Together, they programmed  “Performed in the Present Tense,” a symposium on performance curation and score held in direct connection with the Block Museum’s “A Feast of Astonishments: Charlotte Moorman and the Avant-Garde,”  and held at Northwestern on April 8 and 9.

The idea to host an academic event that makes such close ties to an ongoing exhibition seems like an obvious opportunity, but I haven’t seen comparable programming at SAIC since my arrival in the fall of 2014.

Bielak’s and Graham’s quote speaks to what I found while in attendance. The entire event enmeshed art practice with academic inquiry. While the event itself was short, consisting of performances and conversation on the first evening, followed the next day by presentations and panel discussion, the scope of the content of the symposium was substantial.

Bielak and Graham found a balance between works that were more performative in nature and presentations that looked at contemporary practices of programming performance art in a museum setting.

From re-performed pieces from history to contemporary performative lectures, the underlying subject matter — that of the textual underpinnings or framework for performed action — was investigated through conversation, rather than posed as an explanation.

This was due to the connection between Bielak’s interests in scholarship, embodiment, discourse, and performance; and Graham’s work as the Mellon Dance Fellow and her upcoming Northwestern class on performance score and the post WWII Avant-Garde.

Both Bielak and Graham have a deep commitment to interdisciplinary scholarship and practice as research, and were in conversation about the symposium for over a year and a half. The two worked together to develop some points of inquiry to engage with through the event:

To dig into each of these concerns, the symposium’s programming oscillated between live performances and presentations on contemporary curatorial practices.

I asked both women to speak to the place they feel an art museum has in art education, especially a museum located on a fairly self-sufficient college campus.

Bielak: I think of museums as expanded classrooms. I learned about scale and perspective in elementary school drawing lessons on the floors of the Carnegie Museum. My classroom expanded to the museum and I’ve carried that with me — understanding museums simultaneously as civic and pedagogical spaces.

In my professional career, I’ve used museums as a resource to teach and consult on courses using art as a tool for critical thought. This has included a range of university classes embedded within the context of a museum, most recently, a Northwestern Art History course on museology co-taught with my colleagues Lisa Corrin and Kathleen Berzock.

In this class, we explored how museums have shaped ideas about national identity, self and “other,” and modernity. We also considered the shifting terrain of what constitutes “art” — such as performance art and social practice — and how the structures of museums are adapting to this shifting terrain.

Courses are just the start of pedagogy in the context of a museum, particularly a university art museum. I’ve used artworks as a resource to talk to teens about race, wall labels to teach art students about personal statements, and exhibitions to host workshops about issues ranging from capital punishment to gender equity.

What brought me to the Block is a deep belief in its teaching and learning mission, and understanding that university museums are uniquely positioned to use art as a means to consider issues and ideas of relevance to our lives.

On a campus, a teaching museum is analogous to a teaching hospital, with students embedded in all aspects of what we do, from curating exhibitions to producing events.

We’ve done a lot of work as a staff to create a kind of “third space” where students and community members alike can engage on many different levels — from visiting the galleries to seeing an avant-garde or classic movie, and from coming to a performance or lecture, to participating in a town hall meeting.

Part of our mission is to reach out beyond the campus. This can look like bringing together artists and educators for a congress on art and social justice, or actively contributing to a city-wide performing arts triennial.

Graham: While I was completing my Ph. D. at the University of Rochester I was the graduate director of a small student run contemporary art gallery called Hartnett.

There, I worked with undergraduates on exhibition design and publicity for a wide variety of up-and-coming and well-known artists, including William Kentridge. Many of the students I mentored have since gone on to pursue careers in the arts.

Prior to graduate school I worked as an art teacher in the Brooklyn public schools. In that role, I sought to introduce my elementary and junior high school students to the New York art world through collaborations with institutions like Lincoln Center and BRIC.

When my students saw their work on the walls of “legitimate” art institutions they began to conceive of themselves as artists. This was such an incredible revelation! When I began teaching at Northwestern, I again wanted my students to develop a relationship with an art institution so I made a point to reach out to the curators at the Block who were receptive to my ideas and eager to work with my class.

The students in my Scoring the Avant-Garde course studied the history of postwar Avant-Garde performance in the United States, especially as it related to Charlotte Moorman. Because I believe in practice as research I not only assigned conventional research papers I also asked my students to create scores and artworks based loosely on those by artists and performers including John Cage, Jackson Mac Low, and Anna Halprin, and Yoko Ono.

After much workshopping, they performed these scores in the Block Museum during the “Performed in the Present Tense” symposium.

This is all to say that I think the museum, especially the university museum, can have a central role not only in art education but also in humanities education at large.

Whether my students eventually choose to go into the arts or they become physicists, lawyers, or copywriters (these are but a few of my students’ occupational aspirations) their experiences in the museum — making connections between archival documents and current social issues; professionalizing as they negotiate their artistic visions with artists and museum staff (and me); conceiving of the museum as a laboratory for artistic and intellectual pursuits — will stay with them and, I expect, inform how they lead, collaborate, listen, look, and learn.

When asked about why more institutions don’t use exhibitions to launch contemporary practice and scholarship symposia, both Bielak and Graham expressed how rare their collaboration was, in large part because the opportunity to plan academic programming that is both inclusive and interdisciplinary is a practice that is still working out kinks.

They maintain that one of the reasons this worked was due to their respective positions in the University and the Museum. Together, they used their positions as interdisciplinary art scholars to create something that both engaged the public in art and furthered academic inquiry inside the field — something that works so well when done right that one can only hope it becomes more prevalent. 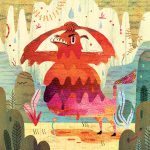 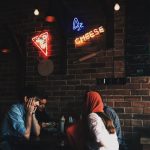 A Look Inside the Creative Cafes of Tehran