A Review of the Fall 2013 Undergraduate Exhibition

It’s difficult to make any definitive claims about survey exhibitions — whether they revolve around a specific artist, group or movement — due to their sheer breadth and scope. Case in point: the SAIC Fall Undergraduate Exhibition. Although I missed the opening event on November 1st, I visited the exhibition not once, not twice, but three times in the past week.

I continually entered the galleries hoping to leave with an all-encompassing umbrella statement that would tie together my viewing experience, yet this was continually defied by the fact that I would see a new and confounding work each time I entered. The umbrella statement that I’m looking for, then, becomes simply that there is a whole lot of shit going on here at SAIC.

I frequently find myself sequestered in my own little department, tirelessly toiling over my books and essays, forgetting not only that there is a big museum with wonderful art right across the street, but also that I share a building with living and breathing artists creating interesting and innovative work. The Fall Undergraduate Exhibition served as a nice reminder of why I and so many others decided to come SAIC: to be exposed to new ideas and methods in art and art making.

I can’t sum up everything I encountered in the exhibition, as it is too varied and vast. Some works weren’t my taste and the meaning of others eluded me entirely. Yet I found it refreshing to be presented with such a wide array of art works, objects and techniques, even if I didn’t know what to make of all of them. Here are some of the works that kept me lingering: 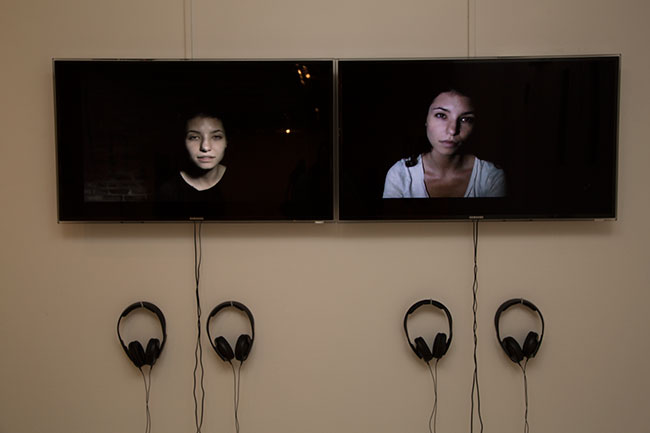 I’ll be honest, I almost walked past this two-channel video installation. I saw the same girl on both screens talking in what looked like a serious, introspective way and I didn’t want to deal with it. The piece seemed like one of those things that I had seen before, and something that would take too much time to get into. But something made me put those headphones on and listen to her describe her feelings over what I assumed to be a break-up or some other kind of emotional loss.

I stood unimpressed for a minute or two, thinking that I should make a vlog of my next break-up since I would look way more of a mess than this chick. However, as she stared at the camera and told me she “didn’t even care enough to say ‘fuck you’” to me, I started to feel like she was really talking to me. I had assumed the role of the heartbreaker. I felt at once felt belittled and empowered — as heartbreakers always do. It was then that I decided I actually really liked this work because it turned out not to be about the girl pouring her heart as I had assumed. Instead it was more concerned with implicating the viewer. 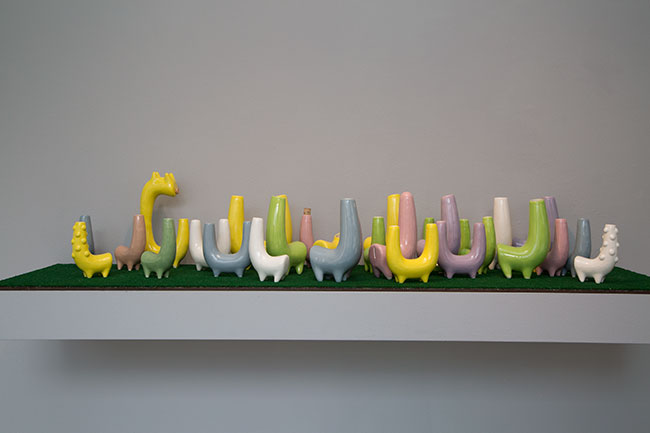 Llama bodies with no heads to hold my beverages and/or fresh flowers? Sign me up. I want at least one of these in my apartment right now, and then I’m buying one for each of my friends for Christmas. Please tell me these will be available for purchase in the Holiday Art Sale later this month. 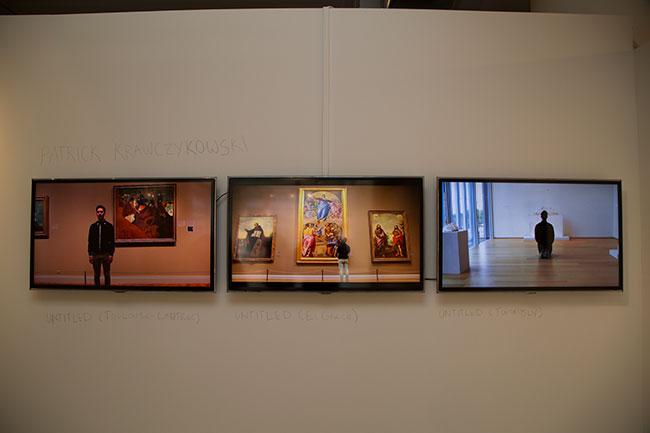 Comprising separate video works displayed together for the purposes of this exhibition, these untitled pieces are delightful in their slight subversiveness and institutional critique. The artist simply filmed himself for about thirty seconds in front of some of the great masterpieces of the Art Institute of Chicago’s collection. In Untitled (Toulouse-Lautrec), Krawczykowski stands with his back to At the Moulin Rouge and stares blankly outward (just like the ghastly woman in the bottom right-hand corner of the painting) as an innocent museum-goer shies away awkwardly. In in Untitled (Cy Twombly), the artist reverentially performs salat in front of Cy Twombly’s Untitled, New York. Walking up to El Greco’s Assumption of the Virgin in Untitled (El Greco), Krawczykowski begins clapping loudly until a security guard comes over and asks him to stop. Is he clapping for the Virgin’s assumption into heaven or the dynamic representational capability of El Greco?  I have no idea. Either way, I laughed, and in my book, it’s good when art makes you laugh. 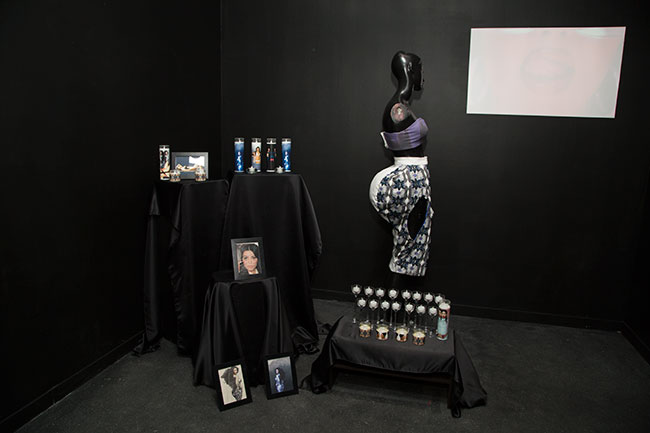 This mixed media installation is fantastic as a study of the cult of celebrity. Featuring an entrancing video montage displaying ephemeral images of the one and only Kim K., the work also boasts a whole shrine dedicated to her notorious ass (reconstructed life size on a three-dimensional sculpture in the installation). This work is simultaneously an unabashed homage to Kanye’s baby mama — indicated by the sonogram plastered on the figure’s stomach — and a tribute to the inevitable demise of her career. 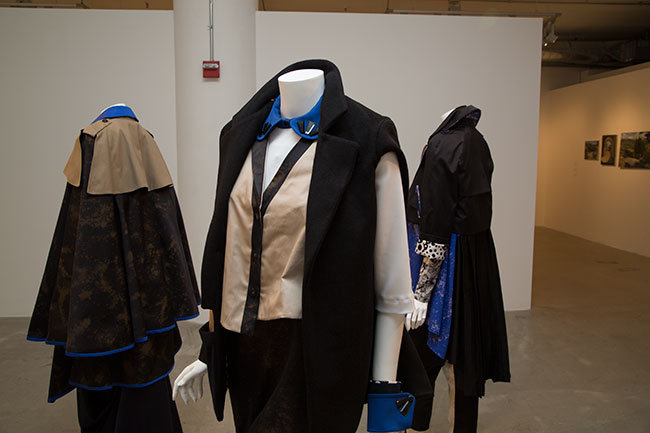 These fantastically structured garments do indeed evoke a sense of adventure in me. Simply put, I want to wear them and go on an adventure, preferably one akin to the plotline of Dark Crystal, a movie that the undergrad who made these wonderful pieces of clothing has probably never heard of due to the fact that it came out nearly a decade before the designer was born. Honestly, I’m probably too old to wear these garments if I’m referencing Dark Crystal, but I still think they’re beautiful.

View more photos and video coverage from the Fall 2013 BFA show in our slideshow. 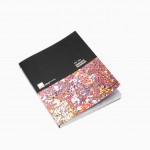 You Can’t Write 300 Pages on Your Toes

One Response to Look, Look, and Look Again