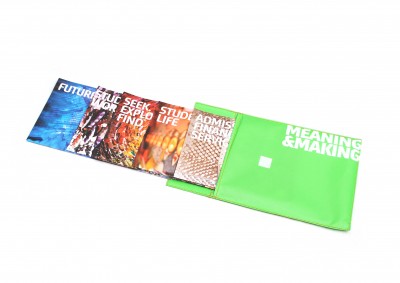 All colleges and universities have recruitment materials to entice prospective students, and as with any business, competition for customers compels schools to market themselves. The School of the Art Institute of Chicago (SAIC) recently redesigned the materials it sends to prospective graduate and undergraduate students. After a months-long decision process, a Chicago-based design firm with its roots and creative team in Christchurch, New Zealand, got the job. TimeZoneOne spent 1,341 hours designing the materials, according to its CEO. Four fulltime staff were dedicated to the designing the Graduate and Undergraduate Viewbooks over five months.

It is an enormous effort the school only undertakes about every five years, according to Maryann Schaefer, Executive Director of Admissions Communications. But the goal of the materials isn’t just to attract students, she said, it is also to represent what a school like SAIC and its students can do. 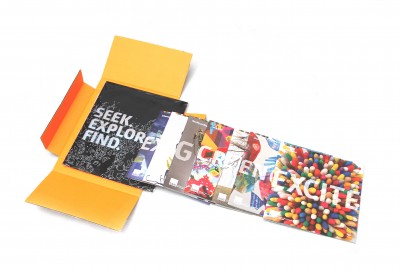 “You have to know how to market yourself,” said Schaefer. “With all of the other schools, you want to stand out.” The graduate viewbook details “life at SAIC,” including programs, departments, campus life, professional opportunities and admissions information. With textured pages and images of students and faculty and their artwork filling the entire space of pages, the book is visually spectacular. “This is the first time we’ve really shown how students and faculty interact with the community,” Schaeffer said.

Her team asked for information from all department heads, and SAIC alumni wrote copy and made photographs. From January to August 2013, TimeZoneOne worked on the design. The firm had designed the school’s materials to market undergraduate programs five years before, and Schaeffer’s team liked its work on the Crocs campaign.

“Timezone was able to capture our voice, and they’ve worked with really international brands.” The firm also has the unique ability to turn around design work within a day. “Maryann and her team would have a request in the afternoon, and our team in New Zealand would have it done for them by the next morning,” said Daniel Thomas, CEO of TimeZoneOne. 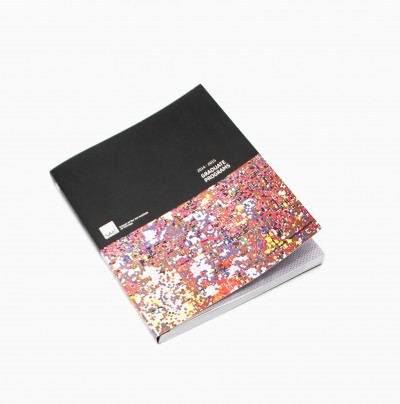 “We wanted to give the students something they’d never seen,” said TimeZoneOne graphic designer Ian Black. He researched packaging trends and printing methods to find those that went into the project. “We were really trying to push boundaries and experiment with how we broke up the content,” said designer Henriette Nass. Limited only by the capability of their printing company, the designers attempted to mimic the space inside of a gallery within the graduate book’s pages. They used packaging to make the undergraduate materials promote interaction with six booklets inside a bright green, reusable canvas bag.

“It fits an iPad,” said Schaefer about the bag. Her team used SAIC student focus groups in their decisions on the undergraduate materials. “We gave students a lot of free lunches to be able to ask them what they like,” she said. Students’ opinions were key in the decision to produce a series of pamphlets rather than a single book. This way, said Schaefer, when potential undergraduate students pull them out of the canvas bag, “they can read what they want and hand the financial one to mom.” 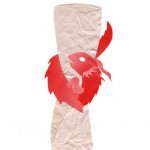