The revolutionary filmmaker’s latest follows the fiery protests of last May.

Revolutionary filmmaker’s latest follows the fiery protests of last May

Two-time Academy Award-winner Haskell Wexler is considered one of the most influential cinematographers in Hollywood, and, according to IMDb, one of the top ten greatest in movie history. Wexler worked on some of the most famous films in American cinema history including “One Flew Over the Cuckoo’s Nest” and “In the Heat of the Night.”

However, Wexler always was, and still is, a fiercely political moviemaker. Before Wexler moved to Hollywood in 1956 to pursue a career in dramatic film, he was one of the leading cameramen in Chicago, known for his work on highly political movies circulated among leftists across the country. Even in Hollywood, Wexler produced films with political and social importance like “Medium Cool,” a powerful movie filmed in Chicago during the riots at the Democratic Convention and the only political film to receive an X rating.

“Four Days In Chicago” continues Wexler’s life-long exploration of social justice and political action as well as his dedication to collaborative filmmaking. Wexler himself is the cameraman for many parts of the film. He and his team of filmmakers attended the demonstrations and captured the energy, creativity and anti-war message of the protests. The film shows protesters dancing, chanting, and holding signs that read “NO TO NATO AND G8 WARMAKERS” and “NO TO AUSTERITY” as they marched to McCormick Place, where the summit was held. As one protester put it, “People are not scared, you see. If you look around here, you see people dressed as clowns, you see people walking around with hilarious signs. You see the entire Occupy dynamic. The Occupy dynamic is a dynamic without fear.”

The documentary includes footage filmed by Wexler and other contributors in addition to news footage that hyped the possibility of violence at the demonstrations. The inclusion of the Black Block “experts” from the mainstream media recalls the fearful climate of the time. This sensibility is also reflected in the number of police on the city streets during the days surrounding the summit. At one point in the documentary, Wexler himself stands outside the Art Institute of Chicago and gestures to the police officers behind him. “That’s what we call, ‘security,’” Wexler says to the camera. “‘The other,’ that’s us, we’re the ones that make them insecure.”

The NATO protests were the largest demonstrations Chicago has experienced in recent years but, despite their magnitude, much of the city and the mainstream media largely ignored them. Standing outside CBS 2 Studios downtown during a rally in Daley Plaza, Wexler and his team noticed that the building, like many other buildings in the loop, was boarded up. “That’s where you usually have an open window where they look out and see the people in the square,” says Wexler. “But they decided for ‘security’ to close the window. I think it’s very symbolic that the people’s media have to close themselves off to what’s happening in this square. Very significant.”

When the film comes to the big march, it cuts between scenes that show both the goings on during the final march and the actual proceedings during the NATO summit. We see a poignant contrast between the NATO warmakers and the men and women who fought in the wars they had a hand in instigating. At one point the film cuts from President Obama addressing the other NATO members to chanting Iraq War veterans who were marching outside to discard their medals. The documentary jumps from footage of the NATO proceedings, to the protestors, to the riot police who lined the streets.

Wexler’s documentation of the NATO protests is done with great care. The film does not linger on the instances of police violence that occurred at the end of the protests that were hyped in the news media. Instead, Wexler focuses on the organizations and individuals that were involved in the days leading up the big march. The film includes interviews with well-known activists such as Medea Benjamin of Code Pink and Tom Hayden, former Students for a Democratic Society leader and longtime peace activist, as well as Chicago area activists such as Andy Thayer, and many others. Wexler highlights the work of organizations like National Nurses United that staged large rallies in Daley Plaza against NATO, and discussions with Iraq war veterans planning to emulate their Vietnam predecessors by discarding their battle medals.

In addition to Wexler, the audience at the Film Center screening included several of the filmmakers who collaborated with Wexler on the film as well as participants in the actual NATO protests. The audience of filmmakers and activists responded with laughter, shouts and cheers at several points in the film and filled the Q&A that followed with anecdotes of their experiences.

Wexler’s film is a testament to what happened in Chicago in May 2012, and an act of courage and rebellion, of speaking the truth, and of storytelling. Wexler and the other filmmakers who participated in this project succeeded in their goal of “telling stories and making pictures that wouldn’t be out there if [they] didn’t do it.”

This documentary is particularly important to protesters who participated in the many actions during those four days. This film is the only record of all the demonstrations surrounding the NATO summit. As a participant in the NATO march from Grant Park to the McCormick Place, as a protester, I am thankful that there exists a record of our actions and effort. When we took to the streets during the march it felt as if we were marching only for ourselves because no one but the police who lined the route could hear our indictment of NATO, war, austerity, and greed. With no film crews, no reporters, no news vans, it seemed that Mayor Rahm Emanuel had silenced the demonstrators. Unbeknownst to us and to the Mayor, Haskell Wexler and his team of filmmakers were busy interviewing, filming and documenting the protests that the mainstream media and politicians ignored. “Four Days in Chicago” is the only film that captures so thoroughly the events during that time.

“Four Days In Chicago” can be ordered for $15.00 from www.fourdaysinchicago.com, where you can also find details on the crew and production. 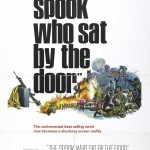