1970s Film (now at Flaxman) Exceeds Genre Stereotypes   To the uninitiated and uninformed, the term “blaxploitation” may conjure up images of Pam Greer kicking ass in skin tight jumpsuits or Black Frankenstein’s unforgettable tagline, “To stop this mutha, takes one bad brutha!” However, Sam Greenlee’s film, “The Spook Who Sat By the Door,” once … 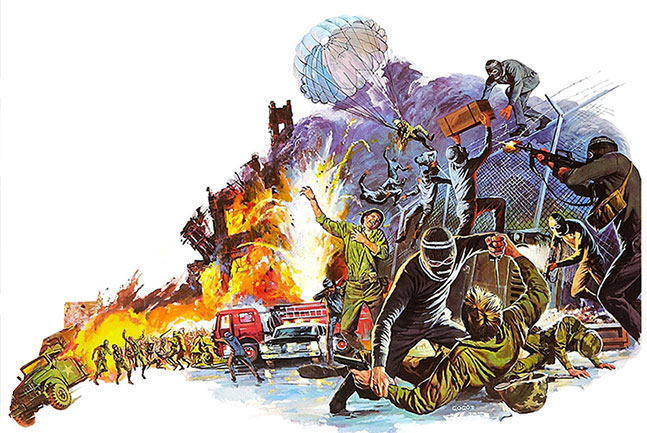 Image from the original “The Spook Who Sat By The Door” movie poster.

To the uninitiated and uninformed, the term “blaxploitation” may conjure up images of Pam Greer kicking ass in skin tight jumpsuits or Black Frankenstein’s unforgettable tagline, “To stop this mutha, takes one bad brutha!” However, Sam Greenlee’s film, “The Spook Who Sat By the Door,” once described by Jonathan Rosenbaum as the “most radical of the blaxploitation films of the 70s,” and a new addition to SAIC’s Flaxman Library, is instead seen by some as a powerful revolutionary film.

Because “Spook’s” radical style and polished political message distinguish it from other works in the blaxploitation genre, many find Rosenbaum’s categorization of the film as blaxploitation misleading. I posed the question to Dr. Novotny Lawrence, Associate Professor of Race, Media and Popular Culture at SIU Carbondale. “I don’t think that ‘Spook’ is a blaxploitation film,” Lawrence said. “I refer to it as a revolutionary film. Certainly, the popularity of blaxploitation cinema played a role in getting it made and into theaters; however, it is a gritty picture about gaining freedom by revolting against the U.S.’s racist hierarchy. While blaxploitation films include commentary about the African American experience, they were made more for entertainment value and rely much more upon sensationalism.”

The film’s complex rendering of the African American experience makes for an uneasy association with a canon of work haunted by the specter of sensationalism and stereotype. I asked Dr. Christopher Sieving, an Assistant Professor at Georgia University and specialist in film history and analysis, whether he thought that the association between “Spook” and blaxploitation’s use of racial stereotype could in any way limit discussion of the film. “I think the constructive and potentially subversive use of racial stereotype by black filmmakers is largely under-theorized, especially with regard to this era of film history,” he responded. “The very title of Greenlee/Dixon’s film, with its rich double entendre, already signals to the viewer a highly self-conscious strategy of irony with regard to stereotypes.”

As one may surmise, the federal and local governments of the late sixties and early seventies did not wholeheartedly embrace Greenlee’s radical articulation of Black pride and empowerment. The film was targeted by the FBI and sporadically ran in theaters for less than a year. The city of Chicago effectively stonewalled the film’s production through red tape and permit denials. Due to various silencing attempts by authorities, the scenes that required imagery from the city’s South Side were shot in secret with handheld cameras — an amalgamation of guerrilla realism and aesthetics. The filmmakers overcame these obstacles, Dr. Sieving noted that “without ‘Spook’s’ technical polish and formal familiarity, United Artists would likely not have been interested, and the film would have never played in commercial theaters and thus never reached an audience that needed to be radicalized.” In addition to the issues faced during the film’s creation, Greenlee’s novel published earlier in 1969 was ignored by the literati of the age and only reached a broader audience through the efforts of an independent British publishing house.

Greenlee’s work earns its respect from film historians with an original and inventive plot. “Spook” begins with a senator attempting to bolster his popularity with African-American voters by targeting the CIA for racially discriminatory hiring, hoping to divert attention from his own shoddy record of decisions regarding civil rights. The senator’s political posturing effectively forces the CIA to implement an affirmative action program. Amongst the possible candidates is our protagonist, Dan Freeman. Greenlee gives Freeman an unobtrusive and quiet demeanor, masking a complex, intelligent man with a far-reaching agenda — Black empowerment through the revitalization of Afro-centric culture and heritage, with recognition and resistance to the racist white power structures of the day. In this case, recognition and resistance must be taken to mean the “defeat of through guerilla warfare and tactical urban combat.” 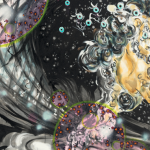