Exploring the reappearance of Christian iconography in Fashion

Imposing golden cross pendants, stained-glass prints depicting saints, aureole-inspired headpieces — these are just a few items spotted on the runways during the Autumn/Winter 2013 Fashion Week last February. Why is Christian iconography so popular in fashion?

Exploring the reappearance of Christian iconography in fashion 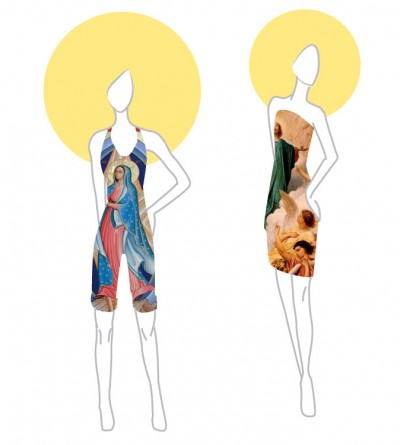 Imposing golden cross pendants, stained-glass prints depicting saints, aureole-inspired headpieces — these are just a few items spotted on the runways during the Autumn/Winter 2013 Fashion Week last February. Since 2010, there seems to have been a marked fascination in Christian imagery on the part of the fashion industry. Whether it is in magazine spreads, among renowned designer’s collections or on the high street, the multiplication of such references is now almost impossible to ignore. But why is Christian iconography so popular in fashion? Is it the spiritual dimension of these visuals that attract consumers or simply their aesthetic value?

French sociologist Bruno Latour argues in his book “We Have Never Been Modern” that since 9/11 the widespread destruction of Icons of all sorts — religious, economic, political — has triggered a paradoxical renewed empathy for sacred images that we had previously scorned. In a nutshell, for Latour, the creation and elimination of idols follows a cyclical progression; therefore, Western civilizations constantly recreate or go back to images they had previously tried to destroy.

In “Painting and Experience in the Fifteenth Century,” author Michael Baxandall explains that in the early Renaissance, when most of the population was illiterate, Christian imagery performed a threefold function. It was intended to instruct people, make the examples of the saints more active in their memory through daily representation, and finally, excite feelings of devotion through sight — proven to be more efficient than oration. Some parallels can easily be drawn between how Christian iconography was used back in the fifteenth century and how images relating to fashion are used today after their recent surge in popularity. 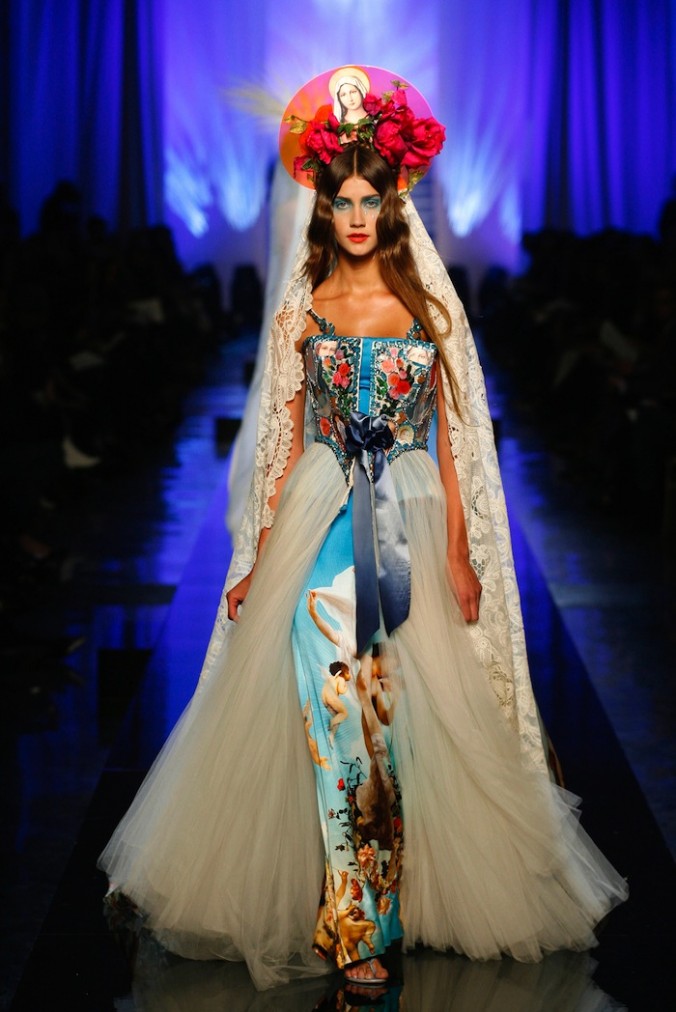 Repetitive visual representation is a marketing tool widely used by the fashion press in order to make certain images active in people’s memory. Both Christian images of the fifteenth century and images of fashion today were and are constantly shown, displayed, known and recognized, but paradoxically untouchable. Even if most people would recognize Chanel’s logo or the trademark grid pattern from Burberry, very few would have the opportunity to own a piece from either of these brands. This method, used to excite feelings of devotion in the case of fifteenth century art, has been adopted by the contemporary fashion industry to incite desire.

The reason we are drawn to these designs is because they belong to our practical experience. Because Christian iconography is part of our cultural history and traditions, we recognize it and accept almost instantly its indisputable aesthetic worth. The fact that a garment is visibly inspired by a familiar visual — paintings of the Madonna for instance — allows the viewer to understand it, recognize its aesthetic value and appreciate its likeness, artful distortion or original representation. All this happens despite how complicated and unusual a garment might appear at first, as is the case with Jean-Paul Gaultier’s collections, both in 2007 and 2011. In 2007, the French designer’s garments included many headpieces imitating aureoles and auras from Renaissance paintings, and the models’ styling was clearly inspired by depictions of the Virgin Mary. In 2011, Gaultier’s work appeared to focus more on clean lines and constructions inspired by stained-glass windows, but once again undeniably revolved around religious iconography.

Furthermore, let’s not forget that provocation is — as Donald Kuspit puts it — “a constant” of modern art and by extension, a recurring element in fashion. Using symbols and a theme that is likely to draw passionate responses, positive or negative, is part of the artistic process of most artists and designers of our contemporary society. It can be argued that some designers used references to Christian visuals with the sole aim to provoke. British designer Alexander McQueen, for instance, made highly controversial collections illustrating strong political and religious claims. In many cases, designers’ references to Christian iconography are an expression of a frustration or a contestation of what these visuals embody, but it must not be forgotten that fashion is an industry, in which one needs to make sure his or her work will be spoken of, and provocation is definitely a way to achieve this.

Now since the designs in question are religious, it is only fair to ask whether the enthusiasm for Christian imagery could somehow be related to spirituality. Latour also famously argued that we have never been modern, and that we find ourselves back in a state of anxiety that we believe “others” were in before liberation was achieved through modernization. People therefore try and find new idols, or fetishes, “factishes” as Latour calls them, objects to which they cling in a new way. Many people are emotionally attached to at least one fashion item they own. Whether it is because it has been passed on to them from a dear friend or relative, or because it was something they desired for a long time before being able to buy it, or even because they associate it with luck or feel that it gives them self-confidence. Such items have a priceless value in the eyes of their owners, and they can definitely be regarded as “sacred” to them.

By printing, sewing or referring in one way or another to sacred images, designers emphasize this fetishization of clothes and fashion in general. As previously mentioned, Latour argues that a renewed sympathy for things, concepts and images we used to hate is growing again. In secular societies, the idea of the sacred has been lost: icons have been destroyed and the devotion and respect towards images has vanished. As one buys, or simply beholds and appreciates a fashion item depicting a Christian icon, they certainly do not think that this specific item of clothing has a spiritual power, but they nevertheless recognize what it represents: sacrality. If we accept Latour’s ideas that images are constantly recycled, we can explain this revived attraction for the depictions of idols in fashion.

The meaning and message of Christian symbols in fashion is problematic, if not entirely paradoxical. In this new era of ‘pick and mix’ religion, it seems that whether one believes or not, they can still wear items of religious connotation that will work as talismans. As a matter of fact, those Christian symbols tend to be mixed with elements from other spiritualities — mainly Buddhist or Hindu — to achieve this new look. Far from signifying a challenging and upfront provocation of the church and religious ideas as might have been the case when used by “bikers” or “Goths,” wearing a rosary has a whole different meaning today.

Sporting a symbol of faith — in this case, a Christian one — does not necessarily signify belonging to a faith anymore, but could be seen as an appeal to spirituality as a more general concept or ideal. In the case of 80’s fashion, cultural anthropologists such as De Monchaux identified the geometrical shape of accessories and the use of specific materials as an embodiment of the belief in scientific and technological progress. If we were to analyze today’s fashion trends in anthropological or sociological terms, we could certainly say that they illustrate a ‘pick and mix’ approach to spirituality and lifestyle. 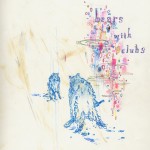