Learn about the effect of Hurricane Sandy on the NY Art Community, developments in the Prentice Women’s Hospital debate and more.

The art community in New York City took a hard blow in the wake of Hurricane Sandy last month. With flooded basements and street-level spaces, numerous establishments in the Chelsea district and Lower Manhattan are now facing financial, restoration and insurance claim difficulties. One insurance company has estimated total losses at $40 million. Gas and electricity shortages have also complicated business for the galleries in what is supposed to be their busiest season. Artinfo.com reported a majority of the galleries have underwhelming fine art insurance that will not cover flood damage.

The Save Prentice Coalition has filed a lawsuit seeking to overturn the November 1 decision that denied landmark designation to the the Bertrand Goldberg-designed Prentice Women’s Hospital. Preservationists claim that the way in which the Chicago Commission on Public Landmarks reached their decision was unlawful. During the decisive meeting, members of the Commission had unanimously supported preservationists but the situation quickly changed. The Department of Housing and Economic Development presented a report which prompted a round of comments in support of Northwestern at the same meeting, and a second poll of commission members resulted in an overturn of the initial decision, thereby authorizing Northwestern University to tear the building down. After preservationists filed the lawsuit, temporary landmark status was granted to Prentice. A hearing is scheduled for December 7.

Sebastian Senakiewicz, the 24-year-old Polish immigrant who was arrested early this year for making the false claim to undercover cops of intending to detonate an explosive device at the NATO Summit in Chicago, pleaded guilty. He has been sentenced to four months at a boot camp and will face deportation. According to the Cook County State’s Attorney’s Office, the agreement was reached at a pre-trial meeting. Activists claim that Cook County State’s Attorney Anita Alvarez “brought the charges as part of a broad strategy by local law enforcement to infiltrate and disrupt peaceful protest activities, to frighten the public and to deter opposition to the NATO meeting,” according to an Occupy Chicago press statement.

Lucasfilms sold to Disney, Star Wars VII in the works

Director George Lucas announced he would be selling his production company Lucasfilm for more than $4 billion to The Walt Disney Company. Lucas stated he will be leaving the filmmaking business permanently after a five-decade career and wanted to leave Lucasfilm in a large company that would protect it. Lucasfilm Co-chair Kathy Kennedy will run the company. It has also been reported that Michael Arndt, screenwriter of “Toy Story 3” and “Little Miss Sunshine,” will be scripting the seventh Star Wars film.

Former four-star general and Director of the Central Intelligence Agency David Petraeus has joined the list of high-profile U.S. public servants who cannot keep it in their pants. An FBI investigation uncovered an extramarital affair Petraeus was having with Paula Broadwell, his biographer. It has been reported that a woman in Tampa, Florida, who is close to Petraeus, received threatening e-mails from Broadwell, leading her to reach out to the FBI for protection. When confronted by the FBI, Petraeus immediately resigned. 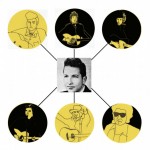 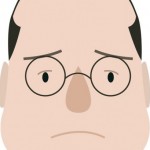