An Interview with Chris Ware

Graphic novelist Chris Ware is a former SAIC student and F Newsmagazine contributor who has since earned international acclaim for his dense, poignant narratives. His painstakingly precise style was most recently showcased in his ample, ephemera-filled compilation “Building Stories.” Last month the soft-spoken Ware led eager fans on a journey through his art schooling and career in a lecture at SAIC’s Columbus Auditorium. In response to the lecture, F Newsmagazine followed up with Ware for an interview, where the artist provided refreshingly candid insight about his process, Chicago and his confidence (or lack thereof) 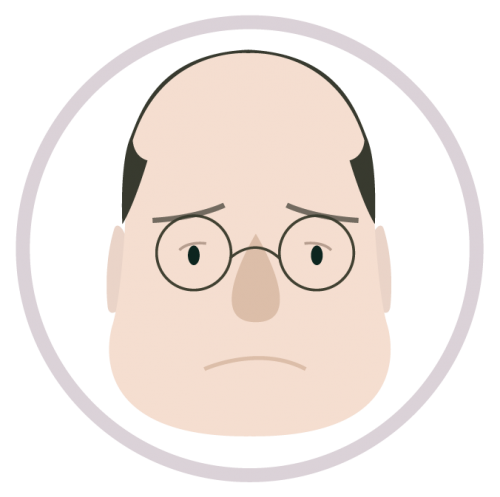 Graphic novelist Chris Ware is a former SAIC student and F Newsmagazine contributor who has since earned international acclaim for his dense, poignant narratives. His painstakingly precise style was most recently showcased in his ample, ephemera-filled compilation “Building Stories.” Last month the soft-spoken Ware led eager fans on a journey through his art schooling and career in a lecture at SAIC’s Columbus Auditorium. In response to the lecture, F Newsmagazine followed up with Ware for an interview, where the artist provided refreshingly candid insight about his process, Chicago and his confidence (or lack thereof).

F Newsmagazine: How do you cultivate the patience to create your meticulous compositions? Do you have any work rituals that help?

Chris Ware: Jeeziz, I wish I did. My workday is entirely determined by the schedule of the Oak Park District 97 School System, beginning when I return from dropping off my daughter at 8 a.m. and ending when I pick her up between 3 p.m. and 4 p.m. Beyond that, finding the discipline necessary to avoid being sucked into the incessant pointing-and-clicking of 21st century life is my regular First World struggle, usually ended by my simply turning off the stupid computer and sitting down at my table to draw.

I’ve found that when I’m not actually writing or drawing, my clearest and most honest times of thinking seem to occur when I’m doing the dishes or brushing my teeth or some other mindless activity. So I’ve learned to trust these moments, as well. There’s so little that’s inspiring about cartooning — it’s like improvised carpentry, not like painting or writing at all — that I have to distill and save my inspiration for later, if that makes any sense.

F: A running theme in your SAIC lecture was your self-doubt, which in a 2001 interview you even called “incapacitating.” But you’ve managed to produce a critically acclaimed body of work. What is your advice for young artists struggling to stay productive despite insecurities?

CW: For years I thought I would somehow “get beyond it” and arrive at the place my more confident peers seem to enjoy, but my self-doubt is so deeply set I’ve just learned to live with it, like living in one of those New York apartments with a bathtub in the living room. I’ve also tried to maybe see it sometimes as an advantage, to think of it as a sort of altimeter that can guide me in my own self-assessment, because I don’t think that confidence is even necessarily an asset, especially if one uses it as a force to intimidate. I value empathy and compassion — which is not to say that I don’t believe that deviousness and insincerity exist — one just has to be on the lookout for them. I’d recommend to anyone who’s paralyzed by the same sort of self-doubt I am to take some solace in the fact that there are others out there who feel the same way, and to try to not let it run you down.

F: How does your environment influence your work, and more specifically, how has your time in Chicago influenced your work?

CW: I’ve found it to be a low-pressure, unpretentious and reassuringly frank place to live. It’s a city with a built-in inferiority complex, where the body-centricity of Los Angeles and the intellectual compression of New York just don’t seem to have the right balance of sun and anxiety to thrive. I just wish that more Chicago artists would play this midwestern who-cares-edness up, because then a more Chicago “style” might genuinely arise. Then again, maybe the Chicago style is that there really isn’t one; it just represents the rest of America.

F: Your geometric drawing style feels somewhat detached in your emotionally-driven stories, which sort of lends to the feeling of an outsider looking in. Does this mirror how you feel in daily life?

CW: Sort of; mostly, it’s an attempt to be clear and transparent in my writing and drawing so that the experience of reading is seamless and the emotions felt are those of the story, not of the surface of the drawing itself. This approach also hopefully echoes the way I experience life, because life itself happens pretty clearly; it’s only when I try to figure out my actions and impulses when things start to get confusing (which is also what’s most interesting, and what I try to write about). Also, the diagrammatic quality of cartoon drawings sort of stand in for the mental templates we create with language and as adults interpose on our experience of the world, so by the time we’re adults we don’t as much look, but “read” the world around us. Lastly, since what I’m writing is fiction, I think the drawings should be synthetic, as well; by contrast, my comic strip diary is messy, sketchy and shaky, since I’m trying to actually remember what happened to me, not to fabricate it (hopefully).

F: In your lecture, you mentioned being inspired by your grandmother’s storytelling. What is your favorite story that she told?

CW: Probably the one that comes to mind is how she and my grandfather met. He was a newspaper reporter in the early 1920s, and one day he saw a girl in purple stockings pass by on the street outside his office window. Piqued, he asked around and discovered she worked as a clerk in a Woolworth’s-type store, so he found her and invited her to lunch a few times; they eloped two weeks later. As my grandmother tended to be a pragmatic and reasonable person, I asked about their speedy courtship. She said, “Honey, I just thought he was a dreamboat”. Though this opinion was apparently slightly adjusted by her discovering he liked to put on his shoes and socks before his pants and wore a one-piece union suit-underwear type thing that she called “monstrous,” I could still sense that smitten girl in her sixty years later.

I also like the story about the two of them driving through rural Nebraska in the middle of the night so he could meet her parents. They’d gotten so drunk neither of them were fit to operate the Model T, so my grandmother stuck her legs out the passenger side of the car and whenever she felt the weeds flipping against her ankles, she’d yell at my grandfather to “get back on the road.”