In Berlin, a German Opera company had to withdraw its production of Mozart’s opera “Idomeneo” due to censorship issues. In one scene of director Hans Neuenfels’ interpretation, the King of Crete raised the severed heads of Muhammad, Jesus, Buddha, and Poseidon. All it took for the show to close was a spokesperson to say that “an anonymous caller indicated that Muslim audiences might be upset,” according to The San Francisco Chronicle on September 30th. Many other theater directors in San Francisco thought the show should go on.

Art Can Be Fun

Playgrounds are not just for kids; they are for museum-goers, too. Five giant slides have been built in the Tate Modern in London, according to ananova.com and the museum’s website, tate.org.uk/modern. The largest slide is 182 feet long, descending from the fifth floor. The artist, Carsten Höller, says that it is a “playground for the body and the brain, [and] it should be used every day to get from one point to another.” These slides are part of the test site exhibit for the Tate Modern’s Turbine Hall and will be on display from October 10th to April 9th.

Apparently, in Newcastle, Australia, people have are enjoying a continuing dialogue about what constitutes art. From September 28th to October 2nd, “This is not art,” a large and eclectic arts festival took place, reported the Daily Telegraph and thisisnotart.org. The festival has experimental art exhibitions, music performances, and 350 artists and guest speakers, including emerging artists. The festival is an underground art event displaying the work and ideas of communities not included in major festivals. “A lot of people in the arts community are getting to know and respect it,” according to a spokeswoman from “This is not art.” Unless the festival is trying to give the public the wrong idea or trying to revive the surrealist artist Renee Magritte’s pipe painting with the line, “This is not a pipe,” the name of the festival is perplexing. If it looks like a duck and quacks like a duck, it’s a duck, right?

Peter Panse, a high school art teacher in Middletown, NY, who has been teaching for 25 years is now fighting for his job, according to artnewsblog.com. In December 2005, he was suspended from his job for recommending some of his advanced student to consider taking figure drawing courses involving nude models. He could be fired, as hearings are currently in progress to determine his future at the school. Of course, this controversy originated with a parent complaint. On presumably religious and moral ground, a father was opposed to his daughter being involved in an extracurricular class where male nudes were the subject, reported artrenewel.org. Many believe the school administration’s attack is out of line. Even the father of the girl who complained has defended the teacher in light of the irrational steps that the school administration took.

In Frisco, Texas, Sydney McGee, an award-winning art teacher with 28 years of experience in the classroom, was fired after taking her fifth-grade classes to the Dallas Museum of Art last April, according to the NY times. One of the students saw a nude sculpture, and the child’s parent complained. School officials wouldn’t name the work of art and only referred to it as an “abstract nude sculpture.” McGee recalls passing a “marble torso of a Greek youth from a funerary relief in 330 B.C.” among other sculptures. In a settlement with the school district, McGee was forced to resign in exchange for 15 months of payment and benefits. The principal of the school claims the conflict was not about the field trip butother issues, such as performance , which McGee denies.

The Singapore visual arts biennial that opened in September was not subjected to censorship, according to the South China Morning Post on September 24th. It features 198 works at 19 venues on the island. Even the theme of Belief, in which several religious sites would represent the country’s diversity of culture and faith, “could have been potentially controversial,” wrote the Post. Other potentially controversial work could have been The Last Supper by Swedish filmmakers Mats Bigert and Lars Bergström. It was a video that showed prison cooks around the world preparing the final meal for death-row inmates. The artists juxtaposed the commentaries and the fate of the men with say, fried chicken. It featured former Texas death-row chef Brian Price who prepared more than 2,000 last suppers. Curators and government officials had constant discussions when putting the show together. The biennale has been described as impressive and has surprised critics and curators concerned about censorship. 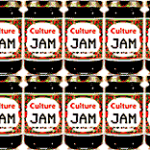