“Liberalization – the process of liberalization often enables the knowledge of the poor to be converted into the property of global corporations.” – The Yes Men

“Our charter, here at HUD, is to ensure access to affordable housing for those who need it the most. This past year in New Orleans, I am ashamed to say that we have clearly failed to do this,” announced Bichlbaum, playing the part of Deputy Assistant Secretary of HUD, Mr. Rene Oswin—a fictitious character created by the Yes Men solely for the purpose of this project.

Delivering what HUD spokeswoman Donna White has called “a cruel hoax,” Yes Man Mr. Oswin publicly claimed that HUD would not be demolishing 5000 units of relatively undamaged housing in New Orleans. He went on to state that HUD would be allowing residents to return to their homes—homes that had been fenced off and boarded up to prevent people from re-claiming them. Furthermore, HUD would work on creating opportunities for evacuees and providing them with basic services like health care and education.

…And in the ‘Earthly City”…

Don’t pop the corks just yet, though. HUD will indeed be demolishing several projects in New Orleans and supplanting them with “mixed-income developments” that the former residents of the area will be unable to afford. What is taking place, even as we sit here contemplating this, is a kind of ethnic cleansing fueled by corporate and political interest. In fact, the real secretary of HUD, Bush Cabinet officer Alphonso R. Jackson, claims that the city of New Orleans is “not going to be as black as it was for a long time, if ever again,” according to The Washington Times.

At the end of the day, it seems HUD will not entertain non-profit-making or non-election-winning policies that might actually aid those rendered powerless by the hurricane. Using satire as their weapon of choice, the Yes Men call attention to this fact, and to various atrocities committed by those who wield social and economic power—those suited and tied delegates who stand to benefit from the tax cuts instated by this administration.

“Identity Correction” is the term Bichlbaum and Bonnano use to describe their modus operandi. The duo’s official website (www.theyesmen.org) defines “identity correction” as a process wherein “honest people impersonate big-time criminals in order to publicly humiliate them.” Their subjects-cum-targets include multi-billion-dollar corporations and the trans-national organizations that serve them, the conservative core of the U.S. government, and the inhuman policies instated by corporate-governmental alliances.

Inevitably, the audience for performances by the Yes Men generally tends to be the intellectual upper crust of society —“the caviar left,” as the French like to call it. These members of the cultural and social elite hear about these activist-satirist ventures and chuckle, wondering why they did not think of this. By referencing phenomena that lie beyond the purview of “art for art’s sake,” however, the group exercises the freedom provided by the art world in order to call attention to the real world fallout of globalization.

Where does that get the Yes Men? Well, it gets them on the BBC and CNBC for starters, making preposterous claims on behalf of Dow Chemical Company and the World Trade Organization. Andy Bichlbaum posed as a certain Mr. Jude Finisterra, a “representative” of Dow Chemical Company who was interviewed by the BBC on the Union-Carbide gas leak that killed over 15,000 people in Bhopal, India. Even though the leak was triggered by sheer neglect on the part of Union Carbide (later bought by Dow), the people of Bhopal have received virtually nothing by way of compensation. The plant has never been cleaned up, and the chemicals emanating from it continue to claim the lives of Bhopalites today.

Several people have criticized the Yes Men for engendering false hopes among the voiceless populations they attempt to speak for. But most people have not heard about the tragedy in Bhopal, or the continuing crisis in New Orleans. These are simply artists striving to paint for the public eye pictures that have been banished by mainstream media.

The Yes Men use their privileged status as white middle-class men in order to subvert the dominant ideology and undercut the status quo. Dressed up (in their thrift-store suits and ties) as the perpetrators, they speak for the victims. By adopting a decidedly counter-cultural stance, they strive to illuminate how thoroughly dehumanizing the products of the neo-liberal free-market economic model can be. In the current phase of high capitalism, such a critique tends to be especially poignant. 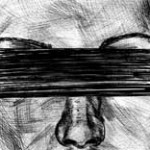