Hasan Piker isn’t the biggest hypocrite on the Left for owning a home. Lefties themselves are. 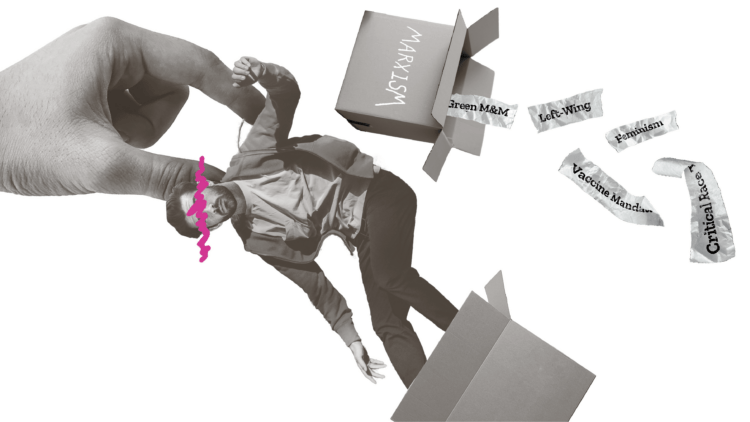 Can a Marxist own a home? This seemingly innocent question led to days of debate on Twitch and Twitter when left-wing political commentator Hasan Piker (Hasanabi on Twitch) purchased a 2.7 million dollar home in West Hollywood last August. This sparked outrage from both sides of the aisle, with right wingers crying hypocrisy, while those on the left claimed he wasn’t a “real socialist;” that he was betraying his ideology. So, is this true?

To start, the first argument anyone will make about this will be the idea that private property will be abolished under socialism, communism, or whatever specific ideology you hold. That defeats the purpose of owning a home, as that is “private property.” This does sound correct, but once you actually read anything by Marx or any Marxist, you will realize that “private property” has a different definition. It is property owned by the bourgeoisie in order to profit off of the labor of others, like a factory, or “the means of production.” Property owned by yourself, like your house, or your phone, is “personal property”, which would still exist under socialism or communism.

This is where we get into the modern definition of Marxism, which is essentially just “things I don’t like” if you’re a conservative, neoliberal, or like-minded right-wing individual. Critical Race Theory is Marxism, the Green M&M becoming more conservative is Marxism, gay people being acknowledged is Marxism, vaccine mandates are Marxism, everything is Marxism. Anything relatively left-of-center is considered to be Marxist thought.

While Marxism is a very large umbrella, and contains things like Marxist photography, filmmaking, feminism, there is generally one unifying ideology uniting all of these things. The unifying theory running through all of these ideologies is that history should be viewed as one of class struggle, between the workers (proletariat) and the bourgeoisie (capitalists). Essentially, those who create value are exploited by those who create no value, and profit off of what is created by the workers. This will lead to an inevitable conflict in which the workers seize the means of production and overthrow the current system, after which the workers will be in control. If you read closely, you will see that it is largely a material view of the world and human relations. It has nothing to do with vaccines, chocolate, or home ownership.

I know people will say, “But Hasan is worth millions of dollars. He can’t be a worker!” Well, if you create value for others, you are a worker under Marxism. Piker is a worker; professional athletes, no matter how well-paid, are workers; anyone who does not own capital, or creates value for someone else, who in turns makes more money off of it, is a worker. This is not saying people can’t both produce value themselves and profit off of the labor of others, but that is an argument for another article.

That isn’t to say that a socialist owning a multimillion-dollar home in one of the most exclusive neighborhoods in the country doesn’t feel a bit odd. The prevailing theory is that if you support this kind of ideology, you’re either poor and cling onto it out of sheer desperation, or you’re a rich person cosplaying as someone who “really cares.” For most, Piker would fall into the second camp, another multimillionaire calling for something to be done about the horrors of the world they profit off of. But why is an ideology limited to one group of people? Especially one based around solidarity with those around you, regardless of who they are. For those criticizing Piker from the right, the hypocrisy (and ideological clash) is clear enough that we don’t need to discuss it, and frankly it’s uninteresting. Don’t throw stones if you live in a glass house.

As for the left, it’s more of the same, but it does get interesting. Everyone has compromised on their ideology at some point — it’s inevitable. For some people, it’s using Amazon when you know you shouldn’t; for others, it was voting for the Iraq War. Yet Piker is vilified for doing something that ultimately doesn’t matter to anyone except himself (and his family, who live with him). Is it a little jarring? Yes. But he has never said he wasn’t making a lot of money from streaming anyway. Look at his sub count and do some math, and you’ll easily have a rough estimate of how much he pulls in a month — a lot of money. Twitch-streaming is a lucrative industry for those at the top, and you don’t even need to look at Piker’s figures to know this when even bigger streamers like Pokimane rake in even more cash.

Piker gets singled out for a few reasons, in my opinion. One, he’s a controversial streamer even among his fans, and especially amongst those who support other left-wing streamers. He’s always been a target for trolls and hatewatchers yelling at him — watch his stream for more than 5 minutes and you’ll notice this. Two, if the Left is notorious for anything, it’s constantly self-destructing over pointless infighting. If the last 40 or so years of world history can teach us anything, politics is now pretty much just a culture war. So, if you lean left, instead of facing that horror and figuring out what to do about it, it’s a lot easier to shitpost in a Twitch streamer’s chat than organize an actual revolution.

I’m not saying that the next Eugene Debs is busy modding on Twitch, but we can apply this lens to the Left as a whole. Half of us have been so destroyed by the market that the only logical conclusion is burning it all down, and the other half still thinks Biden will cancel student loan debt if we vote hard enough. Should these people all just come together and unite under one cause? Yes. Will that happen? No. This is not a unique story if you’re a terminally online person. We’ll eat each other alive — and doxx our favorite Twitch streamers — before we actually get anything done.