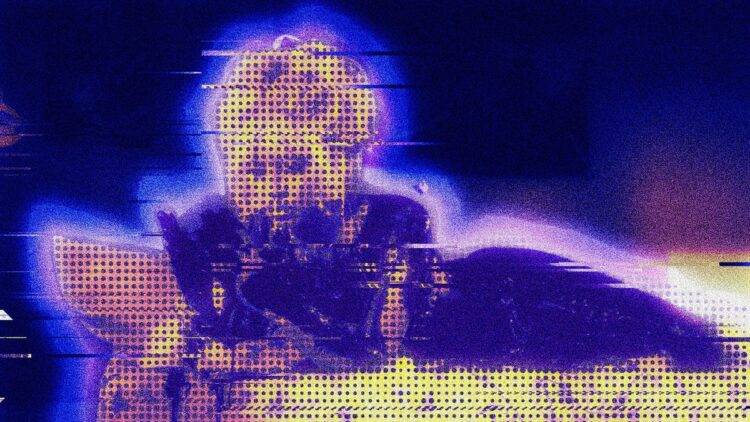 Since the early 2010s, Petra Collins has redefined the scene of photography and film with her ethereal, pastel-saturated visuals. Directing campaigns for high fashion brands such as Gucci and Bulgari, music videos for pop artists Olivia Rodrigo and Carly Rae Jepsen, and developing her first feature film (“Spiral” starring Selena Gomez), Collins’ work has been publicly recognized in nearly every corner of the entertainment industry.

Collins’s work models both mundane and fantastical environments, turning A-list celebrities, models, and musicians into characters of an original and personal narrative, with much of her work playing out like scenes from a film. Having worked with so many prominent figures in the public eye, a collaboration between Collins and actress/singer Alexa Demie was not a reach. Known for her breakout role as Maddy on HBO’s “Euphoria,” Demie, her performance, and her unreal beauty made her an overnight sensation in the realms of social media and Hollywood alike. With a shared love of and belief in magic between the two, a project this esoterically imaginative was absolutely fated for these artists.

“I don’t think either of us has ever been comfortable in her immediate reality. Most of our childhoods were spent escaping in our minds,” Collins and Demie write in the prologue. As children, fairy tales played an important part for both of the women, allowing them escape from the dread of their own realities. The nine, nonlinear stories in “Fairy Tales” stem as much from their imaginations, as their traumas and the tales they told themselves.

Before the project had coalesced as a full storybook, images of Demie in elf ears, shibari rope, and garments from Collins’s clothing line, I’m Sorry, had been floating around their respective Instagram accounts throughout early autumn 2020. What started as a DM from Alexa to Petra wishing to be a fairy, became a playful curation. Throughout the months leading up to its release, more behind the scenes footage, photo scans from the book, and even a few Instagram filters appeared on both authors’ accounts. One filter turned you into characters from the book and the other was a VR portal filled with lush illustrations featured throughout. This book created a following before it was even available.

Handwritten folktales, and their photographic counterparts glitter inside the 152-page hardbound book. The stories are accompanied by opulent layouts by art director Sandra Leko, and enchanting illustrations of nymphs, elves, and the contemporary symbols of classic fairytales by SAIC alum Evita Flores. All nine stories open with these lush drawings — depictions of carriages led by mice, a carousel of faerie strippers, and a fallen house amongst not one, but two witches.

The interaction between the text, photographs, and illustrations is playful. The photos are rendered in black and white filters, grids, and distortions among the written words. Sometimes the text wraps around the rounded photo in chapters like “Faerie” and “Water Sprite.” This immersive mixture makes the reader absorb everything at once, as if they are playing a part in the story themselves.

Though the book and the stories toss around references to the likeness of classic fairy tales drawn back from our childhoods, the characters in these fables approach original storylines through surreality. A mermaid juxtaposing stagnancy and agoraphobia, a fallen angel with an expired lust for life, and a beauty vlogger balancing two lives: influencer and fire goddess. Demie wears impressive prosthetics by FX makeup artist Malina Stearns and is set in ordinary environments, it is easy to see the book’s goal of presenting mythological settings as if they were everyday occurrences.

Rather than playing up an unfamiliar world, there’s an element of domesticity placed in the backgrounds of these stories. Set designer Nicholas Des Jardins mythologizes everyday settings by placing the characters in the most bizarre situations. Living rooms, parking lots, and a bare airplane set the scene for three of these stories, featuring the star creature in bondage, covered in goo (or is she naturally producing it?), and decorated with indicators of their personalities. These environments are so familiar to us, but warped into incredible moments that could not be comprehended elsewhere. It’s almost as if Collins, Demie, and Des Jardins made it feel that only those that can believe in these characters and stories can see them.

Upholding the undertones of classic fantasy literature, “Fairy Tales” carries darker, erotic messages baked into its nine chapters, both subconciously and obviously. “Banshee,” a story following two sisters avoiding an encounter with a banshee, plays out like a glamorous urban legend told over a campfire. A unique approach to this kind of fiction, we see the aftermath of the subsequent encounter, resulting in the two sisters becoming physically one with this “long-tressed woman.” In the eighth chapter, “Water Sprite,” the “weird girl” in a college dormitory creates a safe haven in her room, while the exterior campus believes her self-imposed isolation to be something much more sinister.

The prose itself is never overtly sexual, but aware of its sensual impact on the female’s perspective. “Sirens,” for example, shows two siren strippers, played by both Demie and Collins, properly aware of their position in the predominantly male gaze of a scurrilous nightclub. As they come to terms with their alluring presences, the tables turn as the two sirens snack on their spectators’ flesh.

As these characters exist within their own timelines, separate from each other and the narratives backing them, readers will easily find a story that feels engaging with their own lives. There are many times the reader will either wish they were in the fantasies themselves, or wish that they had been the ones to author them. In true fairytale fashion, all of the elements contrast relatively with modern context and beautifully bizarre narratives, allowing the stories to feel alive in the impossible. Because Fairy Tales tells the lore of these contemporary circumstances under the device of surrealism, this book surfaces as a magic mirror for the reader.