With a literary voice tuned to the unique melody of bilingual fluency, Yuan-Tsung Chen memoir tracks the upheaval of mid-century China. 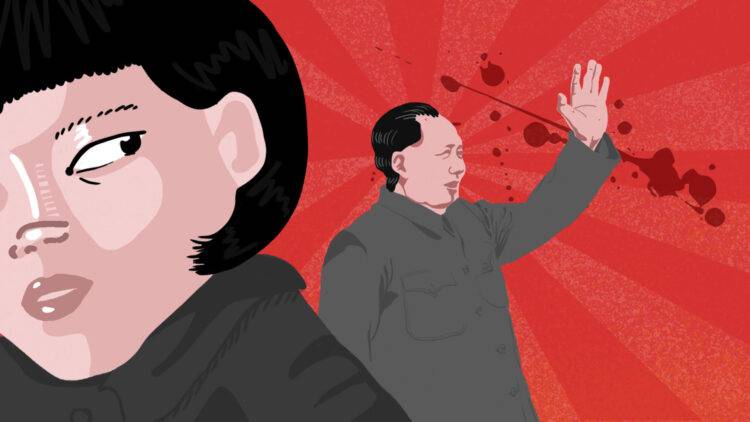 In her twenties, Yuan-Tsung Chen worked in Beijing’s Central Film Bureau, a job that let her witness at close range Mao Tse-tung’s consolidation of power following the Chinese Civil War in the 1950s.  As an artist, Chen was keenly aware of Mao’s mobilization of art for strictly political purposes. Besides censorship, the sentencing of high profile artists to labor camps following farcical trials imbued an atmosphere of paranoia effective in forwarding Mao’s agenda. With a literary voice tuned to the unique melody of bilingual fluency, Chen’s new memoir, The Secret Listener: An Ingenue in Mao’s Court (January 2022, Oxford University Press) tracks the upheaval of mid-century China.

Long before Mao gained the title of Chairman, a fanatic personality cult, and the catastrophic legacy of the Great Famine and Cultural Revolution, he gave a lecture on the role of art for a Communist state.

The year was 1942, and the Communists were holed up in mountains in the northwest, having been chased across the country by the Kuomintang military. Mao’s “Talks at the Yan’an Forum on Literature and Art” mandated that “(1) all art should portray the revolutionary masses and (2) all art should advance the cause of the socialist revolution.” According to this creed, every trace of traditional Chinese society and Western society be destroyed by revolutionary art, or “paper bullets.”

“I knew of Communist repression,” Chen wrote of her decision to go to Beijing at age nineteen, “but the knowledge was abstract.” Steadily, Chen observed the purges of officials and artists who dared to defy the mandates of Mao.

The destruction of Hu Feng, an eminent leftist writer and thinker from the 1930s-50s exemplified the purges. “Hu believed that artistic creation was a personal thing, that the function of the artist was to reveal the truth, and that he needed freedom to choose his subject matter and artistic form. Hu demanded that this freedom be guaranteed to the artist.” Hu was sentenced to a labor camp. “[The trial’s] purpose was to warn us that from now on there will be zero tolerance for dissent.”

Hu’s trial happened in 1955, three years before the onset of the Great Famine, which would claim 37-45 million lives. Like other histories in countries that operate on opacity, the years prior to that disaster are shrouded.  Even the extent of starvation was unknown until the 1996 publication of Jasper Becker’s groundbreaking research in Hungry Ghosts: China’s Secret Famine. Chen provides testimony for the political distortion Mao initiated. Unwilling to accept dissent or bad news about Agricultural Collectivization, the apex of his revolutionary platform, Mao shed officials until he was surrounded by only yes-men presenting fabricated crop reports. As millions starved to death under land reform, surpluses were officially recorded.

Chen participated in land reform, first as a fervent volunteer needing to prove her worth to the party, and later as a victim of political purge.  Her final years in China play out like a suspense film. Her husband’s high connections promise the couple and their young son an exit visa, but not before they too are stripped of rank and dignity. Harnessing ink and brush, “big character posters” created by Mao’s Red Guards slandered fallen civil servants. As Chen scurried from market to slum, she saw the latest guarantor of their safety on one such poster: “Bash in Chen Yi’s Head and Boil Him in Oil!”

In today’s dialectic of superpowers, discussions about China conjure a seesaw of “us versus them.” This makes both sides keen to be defensive. With China’s surveillance state in mind, Americans trumpet our democracy and freedom of speech. Meanwhile Chinese flaunt their record: In mere decades, China hoisted millions from rural poverty to modern industry. Security and prosperity for the Chinese people comes with the tacit agreement to abandon personal freedoms.

Writing from the vantage of her ninety years in Hong Kong, Chen sees the island experience popular protests against an extradition law which would allow Hong Kong’s freethinkers to be brought to the mainland and tried in courts with different laws. She wrote, “My current situation looks uncannily like the one I found myself in more than sixty years ago.” In December, 2021 two of Hong Kong’s remaining pro-democracy newsrooms shuttered under pressure from the newly elected government — an election that did not allow any pro-democracy candidates on the ballot.

“I have had the good fortune to have lived a long life as a witness to both the private and public sides of China’s turbulent history,” Chen wrote. “I hope in my small way to serve the cause of truth at a time when it is foolhardy to do so. To be honest, I do this in fear.”

Michaela Chan (MFAW 2023) has a garden in her torso planted with dandelions and daffodils. She’s the News/SAIC editor.