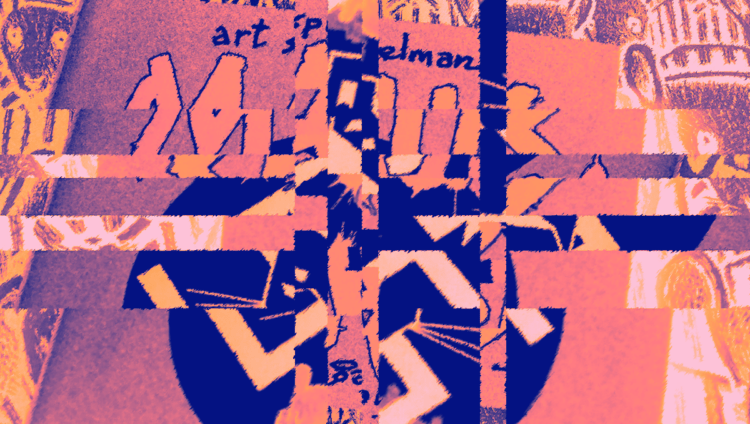 Eight words and one image of nudity — this is the official basis on which the only graphic novel to have won a Pulitzer prize, “Maus,” was unanimously banned by Tennessee’s McMinn County School Board on January 10, 2022. The most egregious of these words in the book are “bitch” and “damn.” The School Board disregarded the fact that teachers had already redacted the inappropriate language or that removing the book mid-school year caused a massive issue of needing to restructure the entire seventh grade ELA curriculum. But most importantly they disregarded the significance of Art Spiegelman’s “Maus” as a work of literature that makes accessible to children the history and continued trauma of the Jewish community.

When I was in middle school, “Maus” was the book I needed. It was one of the first books that allowed me to understand both the history of the Holocaust and my own Jewishness.

Being Jewish was not something I ever felt comfortable talking about in school or home. The last three generations of my family had worked hard to assimilate into American culture. In doing so, they had erased their Jewishness, and with it, part of my identity. “Maus” helped me find it again.

The year before I read “Maus,” I was assigned “The Diary of Anne Frank.” I was eleven years old. World War II and the Holocaust were presented as ancient history. I was in a progressive New Orleans middle school. Yet, my fellow classmates drew Swastikas on my notebooks when I wasn’t looking. They saw me as a Jew, but I did not know how to read and talk about being Jewish. I had wanted to ignore my Jewishness. My teacher provided me a way to do so — there was no acknowledgement that her classroom included children whose family had lived through these events.

When I was given “Maus,” a year later by a creative writing teacher, I could no longer ignore what it meant to be a Jew. “Maus” demanded that I sit down and read it. The story is set in Poland, the country my family emigrated from in 1908, and America, the country my great-grandmother would become a naturalized citizen of in August 1933 — five months after the Nazis established Dachau, their first and longest-running conentration camp. This could have been my family’s story, if not for the decision to leave Poland.

Though initially a serialized comic, “Maus” was formally published as a book in two volumes beginning in 1986, and won the Pulitzer Prize in 1992. The non-fiction story is of Art Spiegelman interviewing his father Vladek, beginning with marrying Art’s mother in Poland. Vladek retells the stories of being a German prisoner of war, of the Polish ghettos and how their family was split apart, of hiding from the Nazis, and eventually, being taken to Auschwitz.

Alongside Vladek’s story is Art’s story, a story of trauma handed down from one generation to the next. Their relationship is complicated and strained. “Maus” was the first book I read where the generational impact of the Holocaust was acknowledged. I wanted to uncover my own generational history and trauma, but did not yet know how.

Art draws the Nazis as cats and the Jews as mice. This depiction is in reference to a quote of Hitler’s that is placed in the front matter of the book, “The Jews are undoubtedly a race, but they are not human.” The graphic novel form made it impossible for twelve-year-old me to ignore what I was seeing in Art’s panels. I could not fold up my Jewishness and hide it from the world, as my family had tried to do for two generations. Jewishness was staring me in the face. There was no ignoring the mice and the cats and the legacy I am a part of.

The School Board of McMinn County is filled with people who are, as Art Spiegelman said in an interview with CNN, “people who may possibly not be Nazis. Maybe.” The vote to ban “Maus” and the current wave of book bannings is a part of a much larger history.

In Nazi Germany, book burnings were an important tactic to control ideology. Among the books that were burned were the works of many Jewish authors, poets, and philosophers. German-Jewish poet, Henrich Heine, whose work was one of the casualties of these burnings, famously wrote in one of his plays, “Where they burn books, they will also ultimately burn people.” Is this not also true of the places where books are banned? Are they not trying to ban the people as well?

The banning of “Maus” says something about the way we teach history and trauma, about the deceitful reasons those in power ban books, and about the ongoing rise of fascist, antisemestic, and racist ideology in America.

Neil Gaiman, another prominent, contemporary Jewish comic writer and author, summed it up best in a tweet responding to the ban, “There’s only one kind of people who would vote to ban ‘Maus,’ whatever they are calling themselves these days.”

Sidne K. Gard (BFAW 2025) is a queer writer and artist from New Orleans. They focus on identity based storytelling intersecting with pop culture. Currently, they are an F News Staff Writer and the host of The Eyeridium Podcast.

Literature What Banning “Maus” Means to Me
« Previous Story