The Rise, Fall, and Almost-Resurrection of “Animal Crossing: New Horizons”

Is Nintendo’s newest update to the game a sign they actually care about their player base? Or a feeble attempt at reviving a dying game? 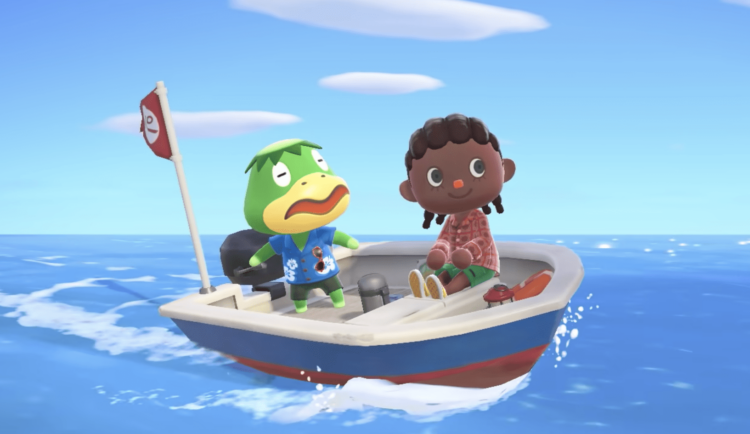 It seems that everybody and their dog was playing “Animal Crossing: New Horizons” at the beginning of the COVID-19 pandemic. Whether you picked it up, played 200 hours in the first month and never touched it again, or still play consistently to this day, one could argue that it was one of the most infectious (pun intended) games of 2020. More than a year later, the “Animal Crossing” obsession has since died down considerably. My Instagram Explore page is no longer riddled with memes about Raymond the cat or Redd and Tom Nook’s divorce, and I no longer see people casually referencing it in real life. That being said, Nintendo just announced an update that will likely revive the game for old and new “Animal Crossing” fans — myself included.

On October 15th, Nintendo premiered an “Animal Crossing: New Horizons” Direct on their YouTube channel. Players didn’t really know what to expect with this announcement, as the game had been out for a little more than a year and a half. A lot of players, myself included, weren’t expecting much, as Nintendo rarely actually listens to its audience. However, we were quickly proven wrong. Nintendo’s October announcement took the “Animal Crossing” community by storm, declaring this massive update to be “Animal Crossing: New Horizons 2.0.”

Set to release on November 5th, some of the most noteworthy changes to “New Horizons” are the return of many beloved characters — most notably Brewster, the coffee-slinging pigeon, and Kapp’n, the sailing Kappa. The community breathed a sigh of relief after these additions were confirmed, as they were some of the most highly requested character returns upon the game’s launch. Prior to this big update, Nintendo had even added other side characters, like Leif the gardening sloth, before the more esteemed characters listed above.

The update also responds to the player base’s demand for a “main street,” which, in previous games, was the location of the majority of shops. In the “New Horizons” update, this “main street” will be on Harvey’s Island, where players previously could only go to decorate Harv the hippie-dog’s cabin. The island provides an almost flea-market-like setup for pre-existing and returning vendors. Some shops returning from “New Leaf” — the previous “Animal Crossing” instalment — are Shampoodle, Harriet the poodle’s hair salon, and Re-Tail, owned by the lovebird alpacas Reese and Cyrus. Even Tortimer, the elderly tortoise and retired “mayor” of the player’s town, is making a return, putting the fanbase’s morbid theories about his passing to rest.

The update is also adding in a lot of new items, many that weren’t even shown in the Direct. What stood out to me was the addition of farming and cooking —Nintendo’s solution to the lack of decorative food items that were present in the previous games. This is an interesting addition to the previously chill franchise where previously all the player needed to worry about was catching fish and bugs.

The addition of farming specifically steps on the toes of another franchise that markets its games heavily on Nintendo consoles, that being “Harvest Moon.” It’s interesting to see Nintendo go in this direction, as these “cozy” games became exceedingly popular during the pandemic. Titles such as “Harvest Moon” and “Stardew Valley” have often been compared to “Animal Crossing” based on their function as a cozy life-sim. Nintendo implementing farming to a franchise that’s never featured it before is definitely them trying to maintain their audience that was losing interest in the half-baked game.

Along with this, it looks like the game’s furniture catalog is also receiving an expansion, with the Direct showing many never-before-seen items. From hanging lights to wall-hung plants, there appear to be many new items. This furniture expansion also includes the beloved “froggy chair,” the topic of many memes leading up to the initial release of the game.

Nintendo even did its research, answering the player base’s call for many quality-of-life changes. The player can now scoot around small gaps in furniture, place a storage shed outside (now with increased storage), and place ladders on the side of cliffs. On top of all this, they added some new villager interactions, which doesn’t necessarily solve the complaints about dry dialogue, but definitely helps spice up the experience.

An important point to make about this update is that Nintendo says it will be the game’s “last major free update,” which unfortunately means that this is as updated as the base game will be. Of course, none of us have played it yet, but for me, as a long time “Animal Crossing” fan, this is disappointing. Even with this sizable update, I still feel that the game is lacking the charm that previous titles possessed. Despite the new villager interactions, dialogue between the player and their villagers still feels boring and repetitive. Even though they’re planning to add a lot of new furniture, it looks like it’ll still be more reminiscent of IKEA than the quirky style of previous games. Many players familiar with previous “Animal Crossing” titles long for the classic, funky furniture that was present in previous iterations of the game. Sets such as the Exotic set, Astro series, and my personal favorite, the Blue series, have still not been confirmed to return to “New Horizons.” On top of all of this, “New Horizons” will still likely have the clunky online features — bad online connectivity and limited player-to-player interactions — typical of almost any Nintendo game. To simply visit a friend’s island, the player has to endure multiple loading screens and a tedious tree of NPC dialogue.

This isn’t the first time Nintendo has released a sizable update to a game years post-release. They previously released the “Animal Crossing: New Leaf Welcome Amiibo” update in November of 2016. That update served a similar purpose to “New Horizons” 2.0 — namely, reviving a game that players were losing interest in. This strategy is often successful, at least for players like me. Hell, once the “New Horizons” update was announced I bolted to my Nintendo Switch and booted up my game for the first time all semester! Nintendo is definitely familiar with ways to keep players engaged, but sometimes it seems as if they’re doing the bare minimum, especially when more money is involved. Players felt this way when the “Welcome Amiibo” update contained features only accessible through purchasing “Animal Crossing” Amiibo card packs, similar to Pokémon trading cards. They’re now doing something similar this year with the additional paid DLC, “Animal Crossing: New Horizons Happy Home Paradise.”

Nintendo is giving the players the option to pay $25 for the “Happy Home Paradise” downloadable content, separately from the free base game update. For those unfamiliar, in 2015, Nintendo released “Animal Crossing: Happy Home Designer” for the Nintendo 3DS. In the spin-off game, the player is given a prompt and then asked to design a home for certain characters, whether for a regular villager or even a popular NPC such as Isabelle or Tom Nook. This DLC for New Horizons adds a similar mechanic to the game, allowing you to travel to an archipelago and design vacation homes for all of your favorite characters. I’m not very bothered with this, and I think it’s actually a better move on Nintendo’s part than to release an entirely separate game. Along with this, it seems that the DLC is definitely a better bang for your buck than the Amiibo cards were, but I’m also not as much of a collector as other players.

In my opinion, I think a $60 game should be released with all of its features. Sure, bug fixes or small improvements are necessary, but these huge updates make it seem like Nintendo is scrambling to finally finish their game. Coming from “New Leaf,” “New Horizons” can finally hold a candle to its predecessor, which is disappointing, considering how long it’s taken to reach that point. I do feel hypocritical criticizing “New Horizons” for its shortcomings, though, because like many of you, I’ve sunk a significant amount of hours into the game, and I definitely don’t dislike it. My friends and I even revisited “New Leaf” last month and were shocked at how different — and how much better — the experience is compared to New Horizons.

When I think of “Animal Crossing,” it ultimately comes down to charm and quirkiness. “Animal Crossing: New Horizons” is lacking some of the weirdness that was present in previous titles. Yes, the game has a lot of quality-of-life changes that enhance the ease of gameplay, but it doesn’t necessarily leave the same lasting impression that previous titles gave me. At first glance, “New Horizons” appears to be a competent installation into the “Animal Crossing” series. However, it lacks the uniqueness that fans of previous titles loved. Players no longer have to win over the hearts of their grumpier villagers or go out of their way to unlock certain items. The player has everything at their fingertips, which may seem great at first, but it leads to a much less satisfying experience. Despite the huge update, the game still feels empty and a bit lonely, leaving the player base feeling as if this update was too little, too late.

Loving The Monster: The Commitment Issues of “Venom: Let...

Lana Del Rey, “Blue Banisters,” and the Evolution of...

One Response to The Rise, Fall, and Almost-Resurrection of “Animal Crossing: New Horizons”