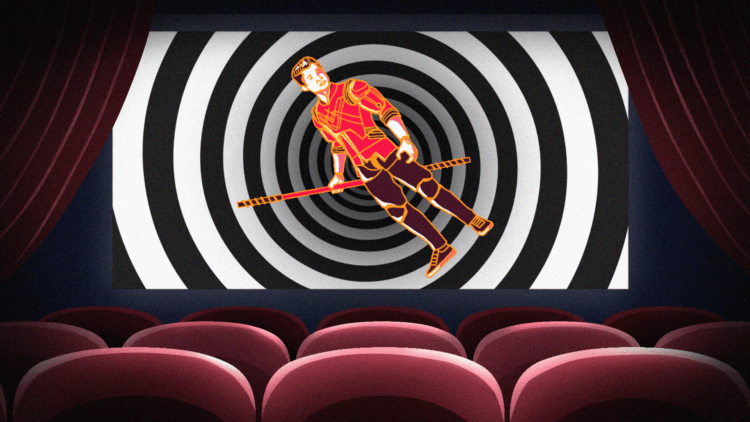 Talking Pictures is a column by Myle Yan Tay (MFAW 2023) about the movies we love, the tropes we can’t stand, the underrated gems, the overrated schlock, and inevitably, why “Paddington 2” is cinema in its purest form.

This isn’t a particularly brave or bold thing to say. They’re one of the biggest franchises in the world, so of course some people aren’t going to be fans. I just didn’t think that would be me.

I’ve been reading comics, specifically, superhero comics for most of my life. I’ve followed my favourite heroes through thick and thin, through bad writing, impossible anatomies, and convoluted continuity. Now, these characters are one of the most profitable franchises in the entire world (just ahead of Mario, and just behind Hello Kitty, but we don’t have to talk about that). So why am I not ecstatic, that my nerdy pursuits are no longer on the fringe? Shouldn’t I be proud, the same way I am about having listened to Khalid when “Location” still only had 10,000 plays on Soundcloud?

I spent so much of my early teenage years sitting on woodchips flipping through a massive Marvel encyclopaedia. Its frayed pages are still in my room at home, the entries on Iceman and Nightcrawler almost falling out from the binding. I studied that tome like my life depended on it; I would quiz myself on the secret identities of characters as if one day, I would be held at gunpoint and asked to name the real name of each of Moon Knight’s alter-egos (Marc Spector, Jake Lockley, Steven Grant). Obviously the time did not come.

Then in 2012, it happened. At the end of “The Avengers,” when Thanos appears in the post-credits sequence, my schoolmates whirled around in their seats and demanded an explanation from me. My years of memorizing arcs, secret identities, and alternate universes were finally useful.

Two years later, I was doing my mandatory military service with the Singapore army. This is not a time I look back on fondly — I felt out-of-place, out-of-shape, out-of-sorts. One evening, five days into a ten-day exercise, we’re wasting away the hours, waiting for lights-out. We have no internet, no phones, there is nothing to do but wait. And I’m dreading going to sleep because it means waking up. But there’s nothing else to be done before it all begins again.

Then one of the boys, seated in a circle far away from me, asks me, “Can you tell me about the X-Men? I stopped reading a while ago and I always wanted to catch up.”

For the next two hours, I am a prophet channelling the stories of mutants and mayhem, recreating the stories I had read and reread under dim lights, eluding my parents’ watch. I am conjuring up these epics that have become my second language. As I go along, I hint at things to come, and someone gasps, I retread my steps, say things like “Remember Nimrod?” People emphatically nod and ask me questions, for clarifications, to retell other parts. For just those two hours, I felt like I belonged. I belonged because I had my favourite freaks and weirdos, clad in spandex, saving the day.

And now? One decade and 21 movies later, I’m a little tired.

We’re ankle-deep in Phase 4 of the Marvel Cinematic Universe (MCU). To the uninitiated or uninterested, the MCU had three phases up till now. In Phase 1, we met the Avengers for the first time, like Iron Man and Thor. In Phase 2, the cast expands, with characters like the animal oddities of Ant-Man and Rocket Raccoon. Then in Phase 3, relationships deepen and inter-hero conflicts form, building towards the climax of the MCU thus-far: “Avengers: Infinity War” and “Avengers: Endgame.”

It would take more than two days of no breaks to watch every MCU movie that’s come out. We’ve seen a frozen soldier, a weapons manufacturer, a space outlaw, a Norse god, a kid from Brooklyn, and a reluctant king become heroes. We’ve been to the hidden nation of Wakanda, the living planet of Ego, the bridge between the Nine Realms of Norse mythology, and the oh-so mysterious Los Angeles of the ’90s. So why is it that, despite all these characters and magnificent world-building, it still feels like I’m watching the same thing?

It’s because Marvel has cracked the code on making perfectly pleasant, inoffensive movies. There are a few different components to making the Marvel origin movie, and with enough money, you can do it yourself. All you need? A reluctant sardonic hero. A chipper sidekick for humorous banter. A villain tied to the central identity and/or abilities of the hero. A big third-act blowout. Then the credits roll, and viewers get a little morsel of what’s coming next. Heck, sometimes, that’s all audiences are there to see (I’m looking at you, “Ant-Man and the Wasp”). Sprinkle in some easter eggs, little appearances from established characters, or characters yet to appear, and you’re all set.

Formulas aren’t new for storytelling. Aristotle posited that the tragedy has three narrative elements, a formula consistently utilized in almost every gangster movie. Bond movies have the titular spy, the Bond girl, some gadgets, and a dastardly villain. The romantic comedy starts with the meet-cute, the bonding montage, the predictable split, and the inevitable reunion. So why does the Marvel formula in particular irk me so?

Initially, this piece was supposed to be a review of “Shang Chi and the Ten Rings.” But I realized I didn’t have anything to say. I could regale you with the incredible hand-to-hand fight sequences, easily the best out of any Marvel movie. I could tell you about Tony Leung’s layered performance, full of emotional punch even as fists are flying. I could say how I disliked Awkwafina’s performance, identical to any of her other blockbuster performances, like “Crazy Rich Asians” or “Raya and the Last Dragon” (except she’s human in this one) and hope Hollywood finds another East Asian woman to play all their bit parts. But none of this is really worth saying. Because at its core, you already know what you’re going to get. You’re going to get some quips, you’re going to get some MacGuffins or prophecies; you’re going to get a CGI-addled big fight scene about 90 minutes in.

Here’s the real kicker: I enjoyed “Shang Chi.” I thought it was a great entry into the canon, and I look forward to seeing more of Simu Liu. And despite all I said before, I still felt a pang of joy at an unexpected cameo. It’s entertaining, it’s bright, and it’s a visual delight.

But it is still a Marvel movie. And that’s always going to be inoffensively easy to consume. A story that slides over your brain, giving you a two-hour respite from your daily misery. That type of escapism, personally, is welcome. But when they occupy so much real estate in the cultural mind-space, I can’t help wishing we had a little more. I miss going for a movie and having no idea if it’ll stick the landing. I relish going to see a movie without checking its Rotten Tomatoes rating, having no idea if this viewing experience is going to be pleasure or pain. I miss being surprised. And really? I wish my heroes were still freaks.

Disney just booked four dates for MCU movies for 2024. I wish that that excited me the same way it did back in 2012. When a slate of upcoming Marvel movies meant my favourite heroes were coming to life, that my cultural obsession was paying off. Part of me wonders if this is what happens when a little fixation becomes a worldwide phenomenon. My heroes can’t be bizarre or subversive anymore when they need to be Happy Meal toys. They have to be palatable, acceptable; they can’t renounce their country, they can’t be alcoholics, hell, they can’t even be gay.

Or maybe this is just growing up. Maybe I was a young buck when Marvel movies were coming out, and with great maturity comes, well… dampened excitement. That once you grow older, and you start to see the cracks, the movies shine a little less each time they come through.

Either way, I’m still tired. I wish I wasn’t tired. But I am. And I’m hoping something changes, whether in the Marvel formula or in me. Because I can’t imagine what my teenage self would think of me, backing away from the one place that felt like home.

Unicorns Are Real: A Queer, Feminist Bookstore in...