These 8 public figures spoke at a Chicago rally for Sen. Bernie Sanders earlier this month. 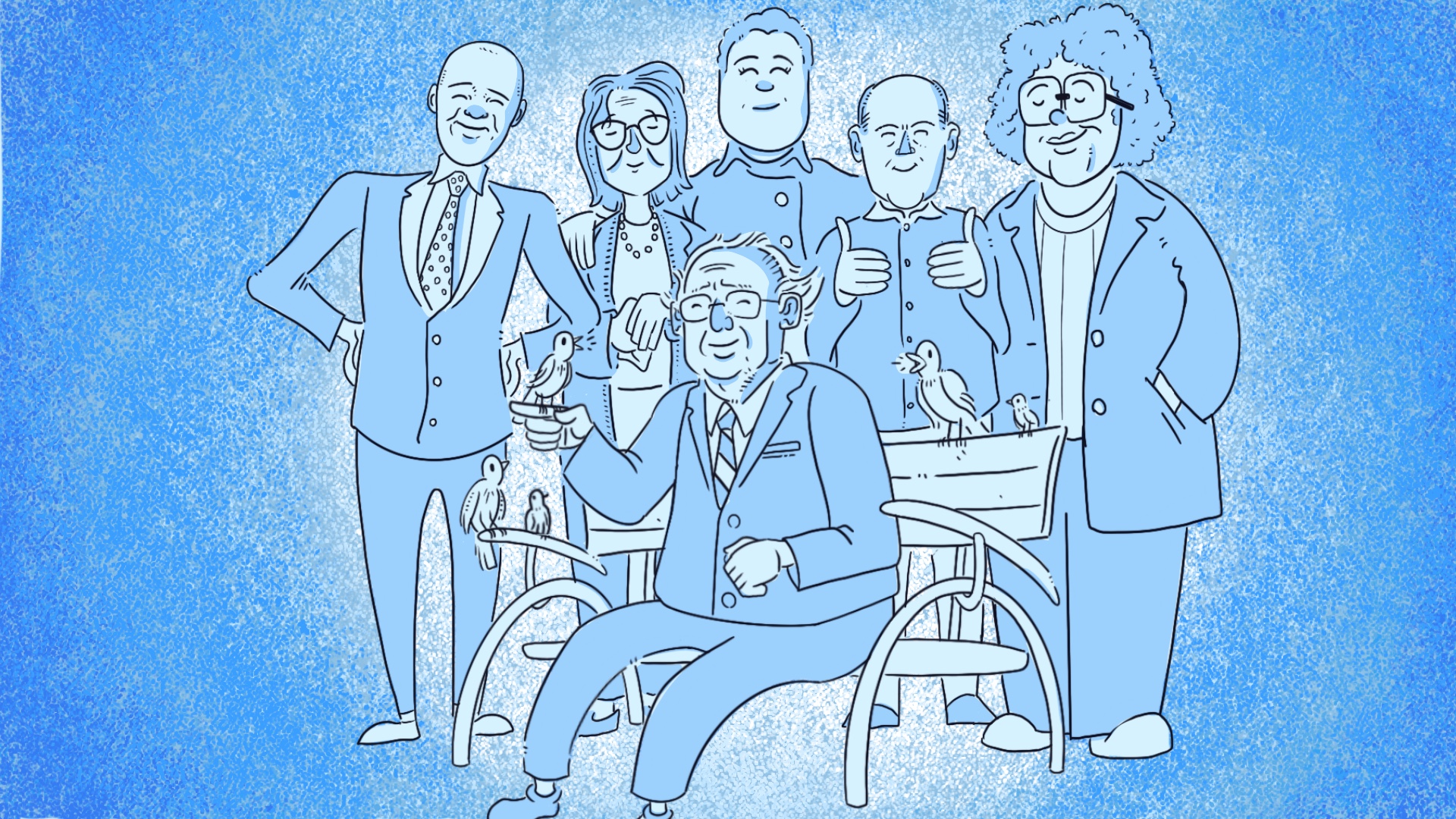 Thousands rallied at Grant Park on Saturday, March 7, where Sen. Bernie Sanders delivered a speech that opened with his campaign’s familiar “energy, excitement and grassroots activism,” per Sanders’s opening statement, and concluded with a demand for less talk and more action.

But Sanders wasn’t the only lively speaker at Saturday’s rally; eight local activists, union leaders, politicians — along with one gospel choir — took to the stage to explain why Bernie’s platform matters to them, and to larger communities of Chicagoans.

Here follows a list of the speakers, including their role in Chicago’s political landscape, and the reasons why they support Sen. Sanders.

Thrasher then dove into the AIDS epidemic of the 1980s, explaining how it spread across Chicago, and then highlighting the work of ACT UP, a coalition that addressed the health crisis by focusing on the needs of the community. Thrasher compared the ACT UP coalition’s “not me, us” agenda to Sanders’s campaign, and then drew a parallel between AIDS and the similarly “mysterious” coronavirus: “Once again, a virus is exposing all the ways our society isn’t working.”

Much of Thrasher’s work as a journalist concerns the overlap of sexual identity, class, race and health — he reported extensively on the Black Lives Matter movement, also studying homophobia, incarceration, and the criminalization of HIV/AIDS. As a journalism professor at Northwestern, Thrasher is also an inaugural chair of social justice in reporting.

Hailing from Chicago’s Southeastern-most ward, Ald. Susan Sadlowski Garza (10) addressed the crowd at Grant Park with intensity: “Welcome to the campaign that defines the issues that the working class fights for every single mother-flipping day.”

Garza’s history of public service began in the cafeteria of South Shore High School, and has culminated in her position as the first ever City Council member to be an active member of Chicago Teachers Union (CTU). Her father, Edward Sadlowski, was a labor activist, and Garza has extended her family’s union values to the present day, supporting the 2019 CTU strike despite her alliance with Mayor Lightfoot — who remained opposed to the union’s demands throughout the strike.

Taylor and Ald. Leslie Hairston (5) brought the CBA to City Council in July 2019 with the intention of ensuring affordable housing despite the projected gentrification that the OPC is expected to bring to the surrounding neighborhoods. Though she faces opposition from the city’s Housing Department, Taylor remains adamant that her plan is crucial to the health of the community and has vowed to continue fighting for its success.

This steadfastness isn’t new for Taylor; she led a 30-day hunger strike in 2015 to protest the closing of Bronzeville and Washington Park’s Dyett High School, which former mayor Rahm Emanuel wanted to shutter to further plans for the OPC’s development. “I now want children in this city and country to know that there are people out there fighting, willing to go hungry — for them,” Tayor wrote for The Chicago Reporter in 2015.

Vocal member of National Nurses United union, Martese Chism told rally-goers a story of her great-grandmother’s activism in the name of black suffrage, her death at the hands of the Klu Klux Klan, and then the ultimate victory — black voters arriving at the polls after fighting for the passage of the Voting Rights Act of 1965.

In Chicago, Chism has been extending her care as a nurse to low-income patients for over 25 years. Like her great-grandparents who marched for civil rights, Chism marched to Springfield in 2017 to show her support for a state budget that prioritized working people and environmental protections.

As National President of United Electrical, Radio and Machine Workers (UE), Carl Rosen began by informing the crowd that his union was the first in the nation to endorse Sen. Sanders last year. He noted that the union, “just like Bernie, has fought for decades against the corporate forces that are trying to dominate U.S. politics, no matter which party they’re in.”

Rosen proceeded to list the reasons why he and other union members endorse Bernie, citing Bernie’s solidarity with UE members decades ago when they fought for healthcare in his home state of Vermont.

Like many other community leaders who spoke at the event, Rosen’s commitment to the working class stemmed from his upbringing. His father, Frank Rosen, became president of UE District, 11 in 1976, leading union opposition to the Vietnam War, later befriending Harold Washington and participating in his campaign to become Chicago’s first black mayor.

CTU Vice President Stacy Davis Gates warned rally-goers of a “narrative of moderation” that she cited as responsible for a troubled healthcare system, police brutality, mass incarceration, among other societal conflicts. “Our work is to change the narrative of moderation. Our work is to go to the ballot box, to knock on the door, to make a phone call, and to tell people that if Dr. King believed in moderation I wouldn’t be standing on this stage right now,” Gates said.

Gates has proven herself to be a driving force behind much of the union’s accomplishments, urging her colleagues to remain steadfast during the CTU strike of October 2019.

Illinois State Senator Robert Peters shared his coming-of-age story, from his birth to a drug-addicted mother during the Reagan-era war on drugs, to his adoption by a civil rights warrior and a social worker, to his struggles as a young adult during a recession, to his victories as a political organizer. Peters helped to raise the minimum wage and worked with Cook County judges to decrease bail amounts for all defendants in the county’s justice system.

“During the 35 years I’ve been on this planet there’s only been one candidate who’s had my back,” Peters said to the crowd. “He’s been fighting for someone he never even knew. That candidate is Bernie Sanders.”

Peters represents Illinois’ 13th Senate District, which runs north and south through Chicago from Wrigleyville to 95th St, and east and west from Lake Michigan to Wabash Ave.

García continued his speech by emphasizing his concern for indigenous populations, especially Chicago’s. He noted that the city’s first permanent settler, John Baptiste DuSable, was a black man likely native to Haiti. García added: “Let us celebrate the progressive, empowering, and inclusive movement that a man named Harold Washington brought together in 1983.”

García represents the 4th congressional district of Illinois, and has centered his career on improving rights for immigrants and working people.

His speech concluded as he called Sen. Sanders to the podium while John Lennon’s “Power to the People” rang through Grant Park.

“If we’re gonna beat Trump, we need the largest voter turnout in the history of America and that turnout looks like Grant Park today,” Sanders said to a cheering crowd.

He addressed his current rival in the presidential campaign landscape: “Joe Biden and I are friends, I have known him for many years, but we have different records, we have a different vision. The American people will hear about it.”

As the race stands before the Illinois primary on Tuesday, March 17, Former Vice President Joe Biden has a lead over Sanders, but the percent of delegates that both candidates need, respectively, are not drastically different, with Sanders behind by a margin of 7.4 percent, or 151 delegates. It may be worth noting that when Barack Obama secured the democratic nomination on June 4, 2008, he began the day with 41 fewer delegates than he needed to beat former First Lady Hilary Clinton.

Final results of the democratic primary election are set to be determined by June 20, 2020.

When the Dean Said a Slur, And Then Got...