Part-time faculty organized in front of the Art Institute Sept. 21 demanding a new contract the school. 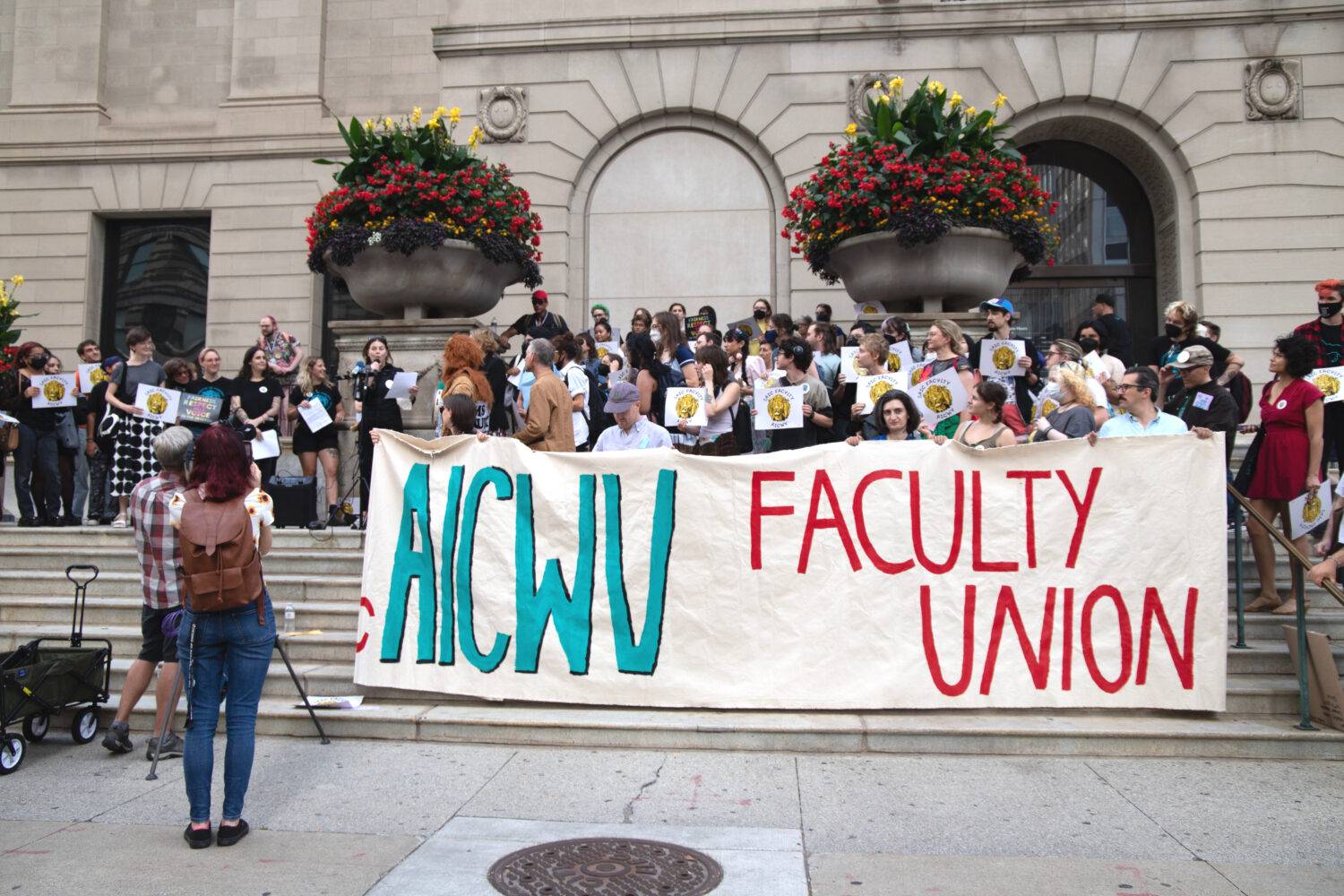 On Sept. 21, a large crowd of faculty, students, staff, and others gathered between the two lions in front of the Art Institute of Chicago to show support for part-time and other non-tenure track faculty forming a union. With the success in organizing a union for SAIC and AIC staff last year, there’s precedent for non-tenure-track faculty at SAIC to form a union of their own. This idea has majority support by non-tenure-track faculty, according to the organizers. With speeches from current faculty, city and state representatives, and AFSCME organizers, an excited crowd shouted in support. The classic “Get Up! Get Down! Chicago is a Union Town!” echoed down Michigan Avenue as the crowd marched from the Art Institute to the Sharp building.

Annie Kielman, assistant professor adjunct, in the print media department, spoke at the rally. “In my time at SAIC, I have witnessed my incredible non-tenure-track colleagues build something more than just a successful curriculum.” She said she hoped that the faculty would be allowed to voice their need for a union and have an election to decide whether or not they wanted to unionize, with “No threats or retaliation, whether direct or implied” from upper administration.

Keefer Dunn, assistant professor adjunct in AIADO, shared, “Our support is immense. Our numbers are immense. We are about to file for our union election, but management also has the opportunity to voluntarily recognize the union and dispense with the election altogether. With the numbers we have and the support that we have, they should do that. It’s the right thing to do.” If President Tenny does not agree to recognize the union voluntarily, the union is expected to file for an election supervised by the National Labor Relations. 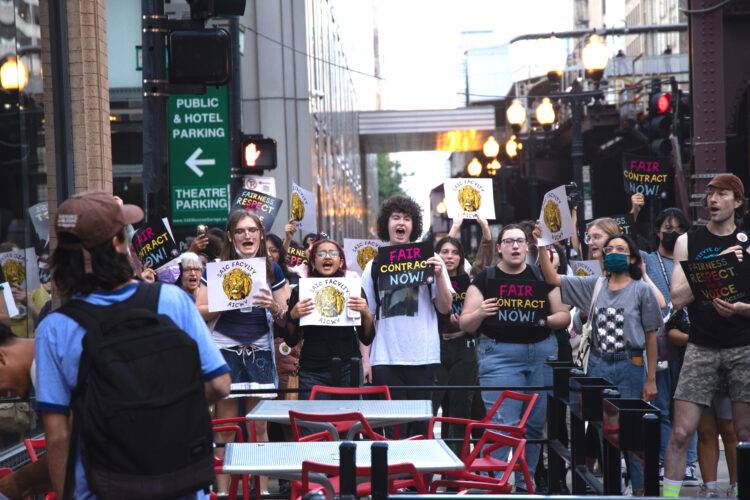 Union supporters shouted loudly in front of the Sharp Building — “Respect our voice, respect our choice!” Photo by Aidan Bryant. 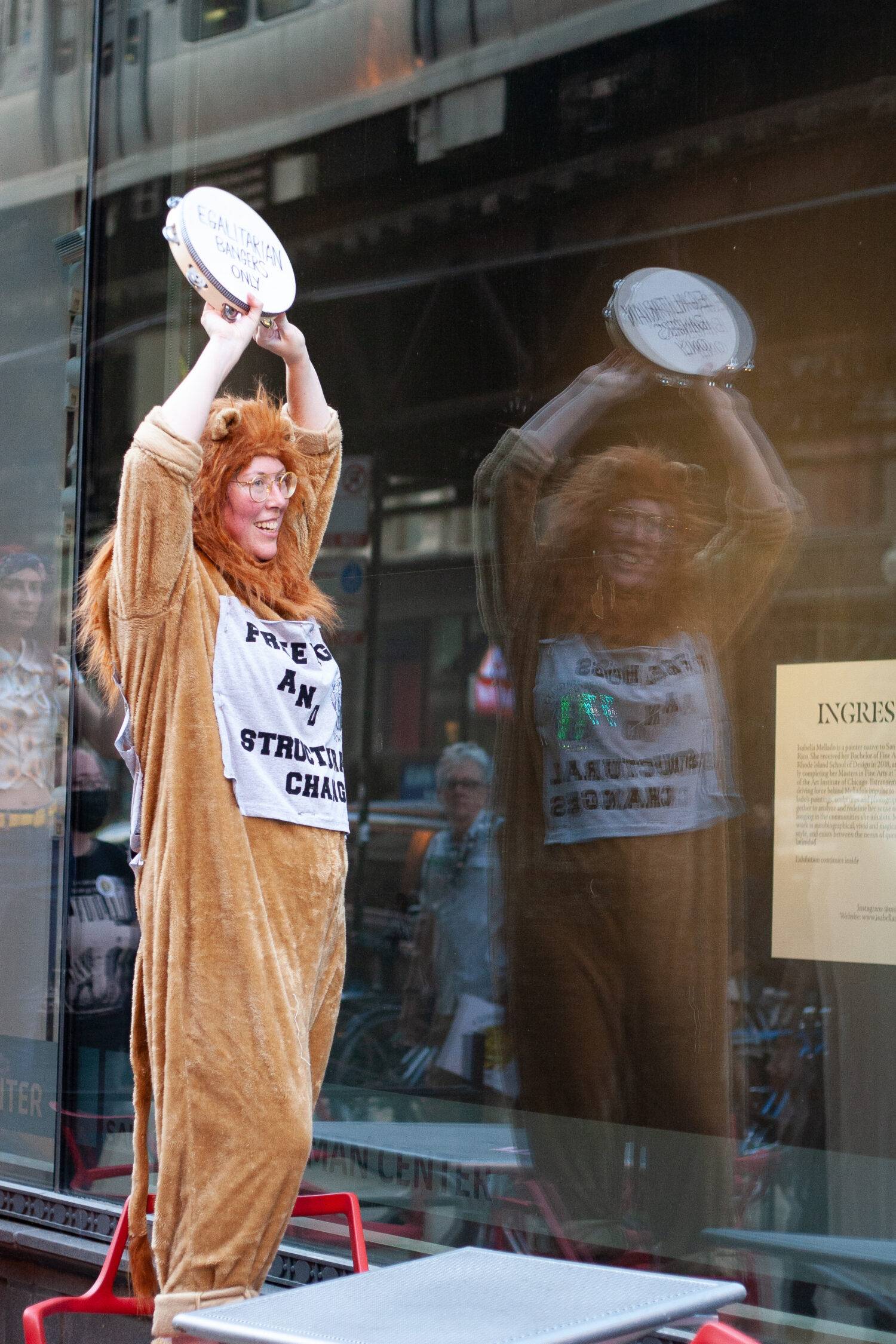 Kristi McGuire, professor, adjunct, in Visual and Critical Studies, dressed like a lion, waving around a tambourine that reads “Egalitarian Bangers Only.” Photo by Teddie Bernard. 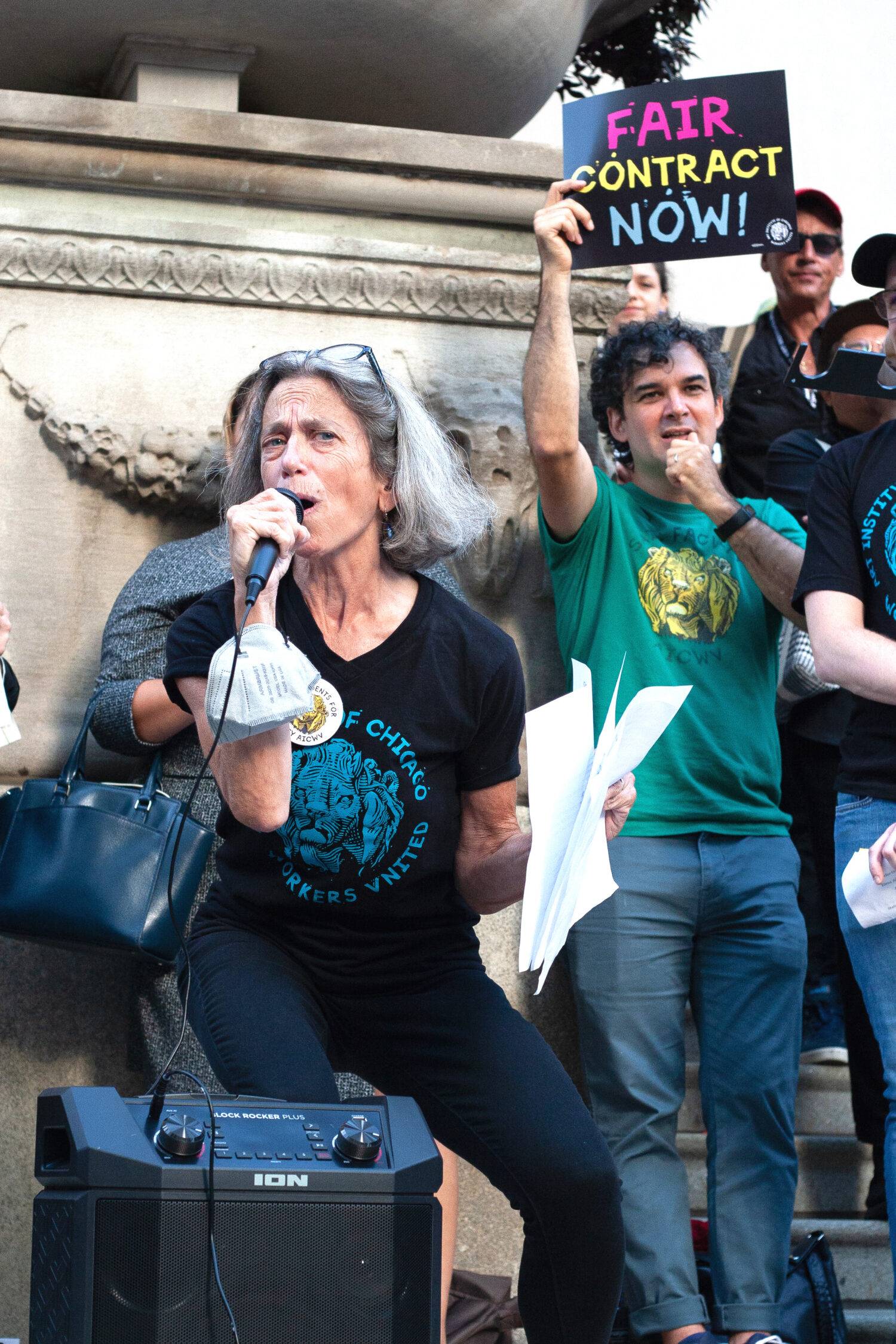 Tracy Abman, associate director for AFSCME Council 31, helped with the organization of SAIC and AIC staff unions last fall. She shared, “It is so exciting to see your union and the continued momentum of so many cultural workers joining together with AFSCME to improve their institutions, improve their schools, and improve their lives.” Photo by Teddie Bernard. 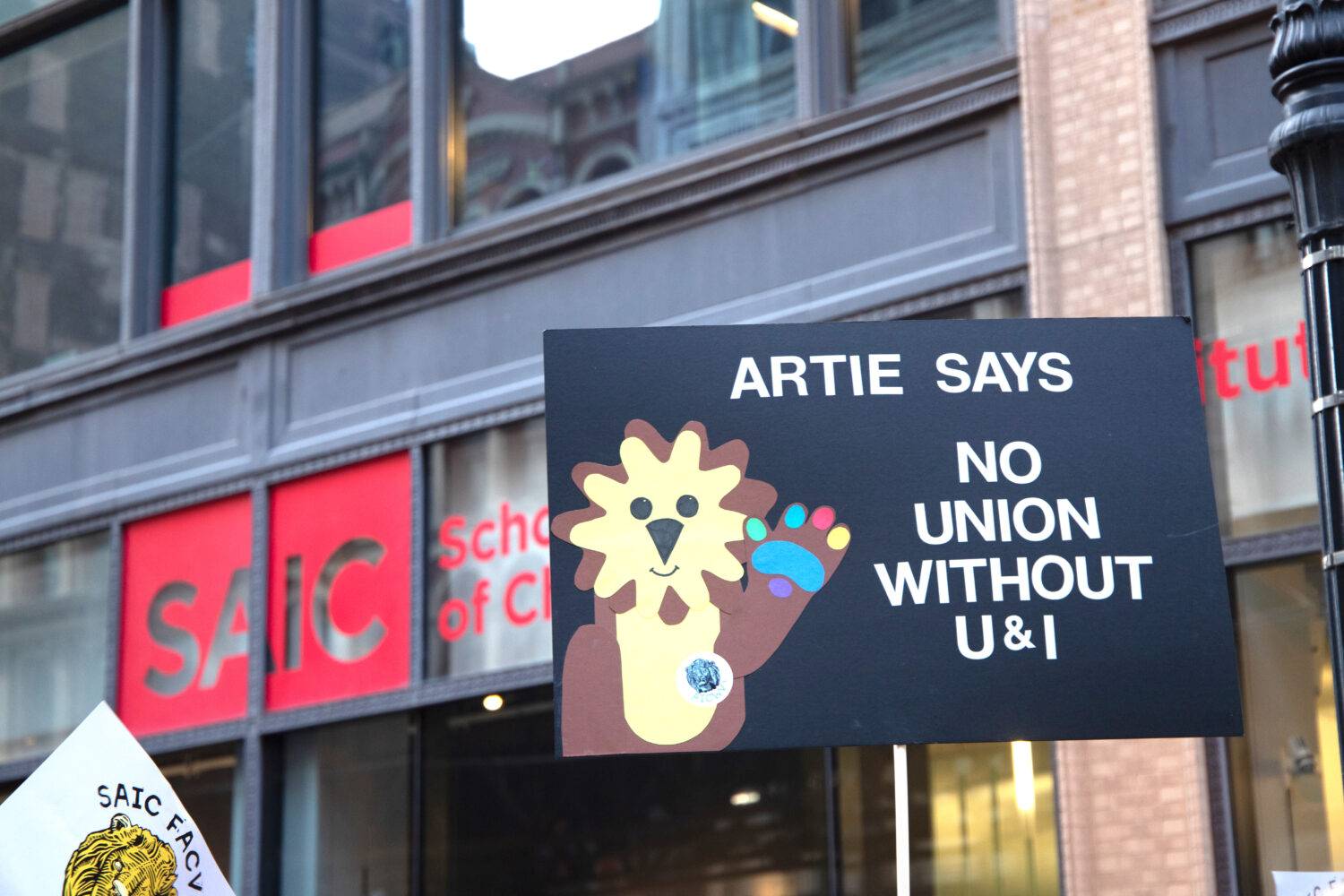 A sign held up during the rally reading: “ARTIE SAYS NO UNION WITHOUT U & I.” Photo by Aidan Bryant.

Today, the ‘F’ Stands for Freshmen

Investigating Chicago’s Tornado Siren — “That is what an...

One Response to Photo Essay: ‘Respect our voice, respect our choice!’ — Part-Time Faculty Fight for a Fair Contract