Photos from a night of solidarity in Chicago. 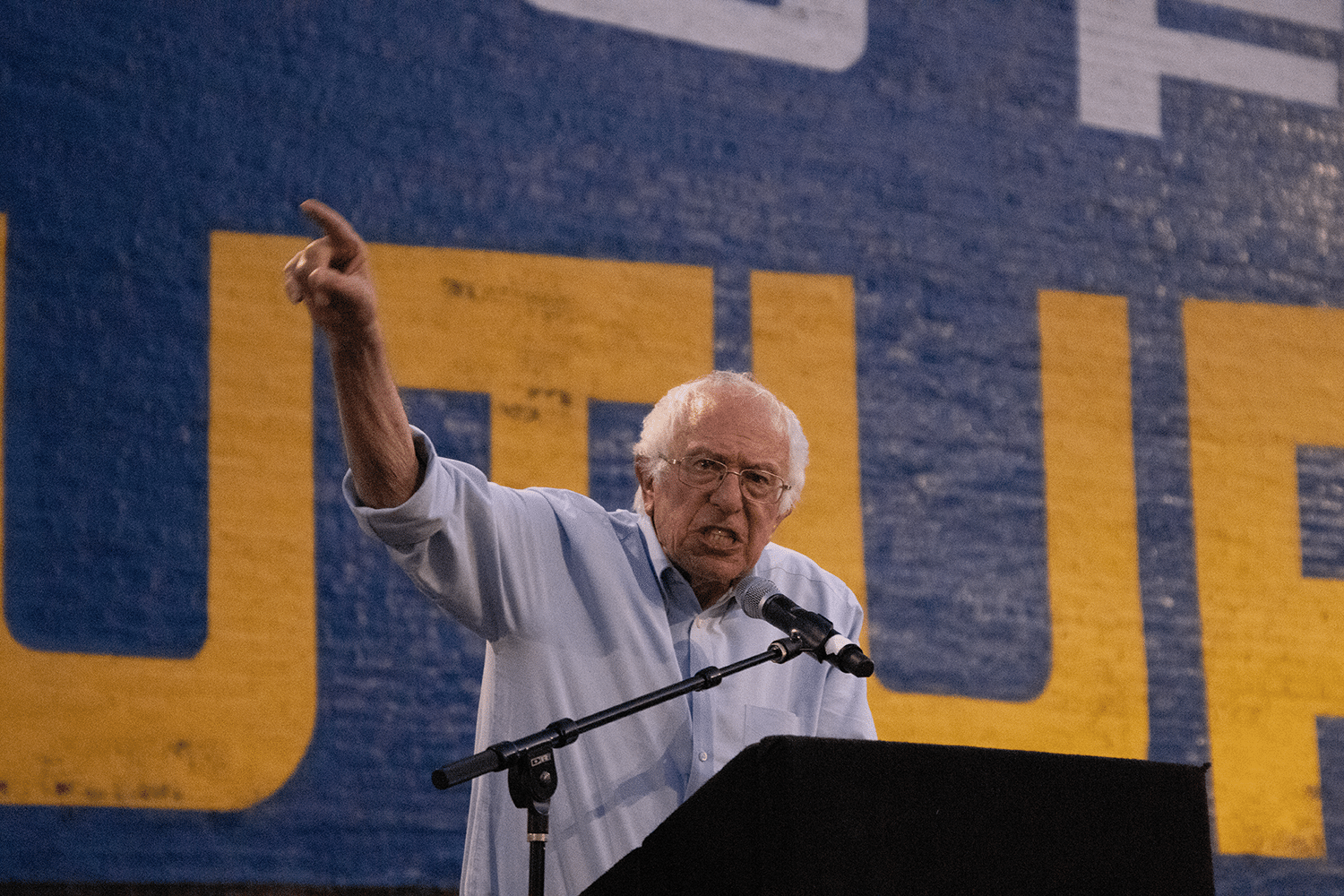 Senator Bernie Sanders speaking out at a June 16th rally against corporate greed at Teamsters Local 705 headquarters, and standing in support of the burgeoning labor movement in Chicago, including the Art Institute of Chicago Workers United. Photos by Aidan Bryant. 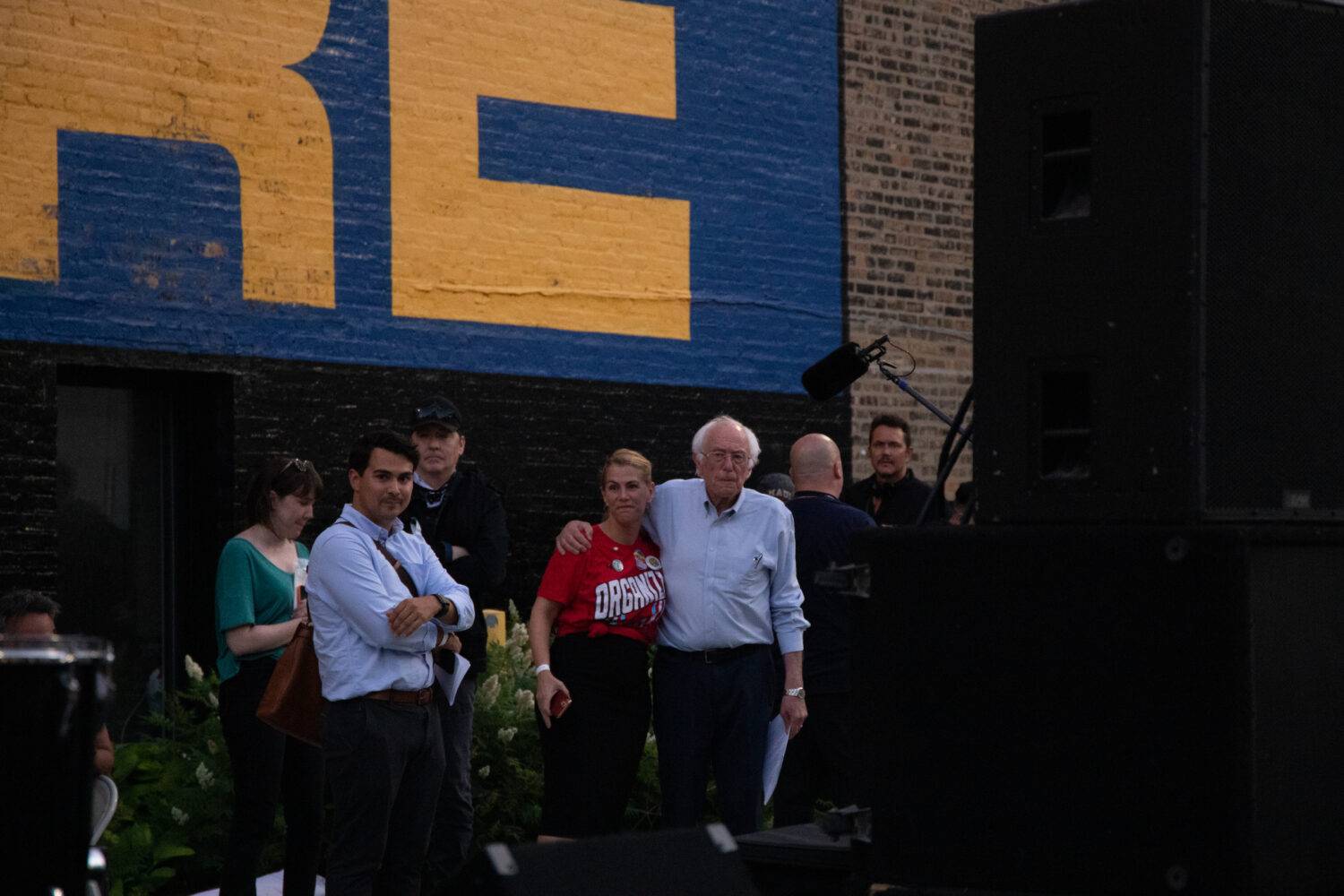 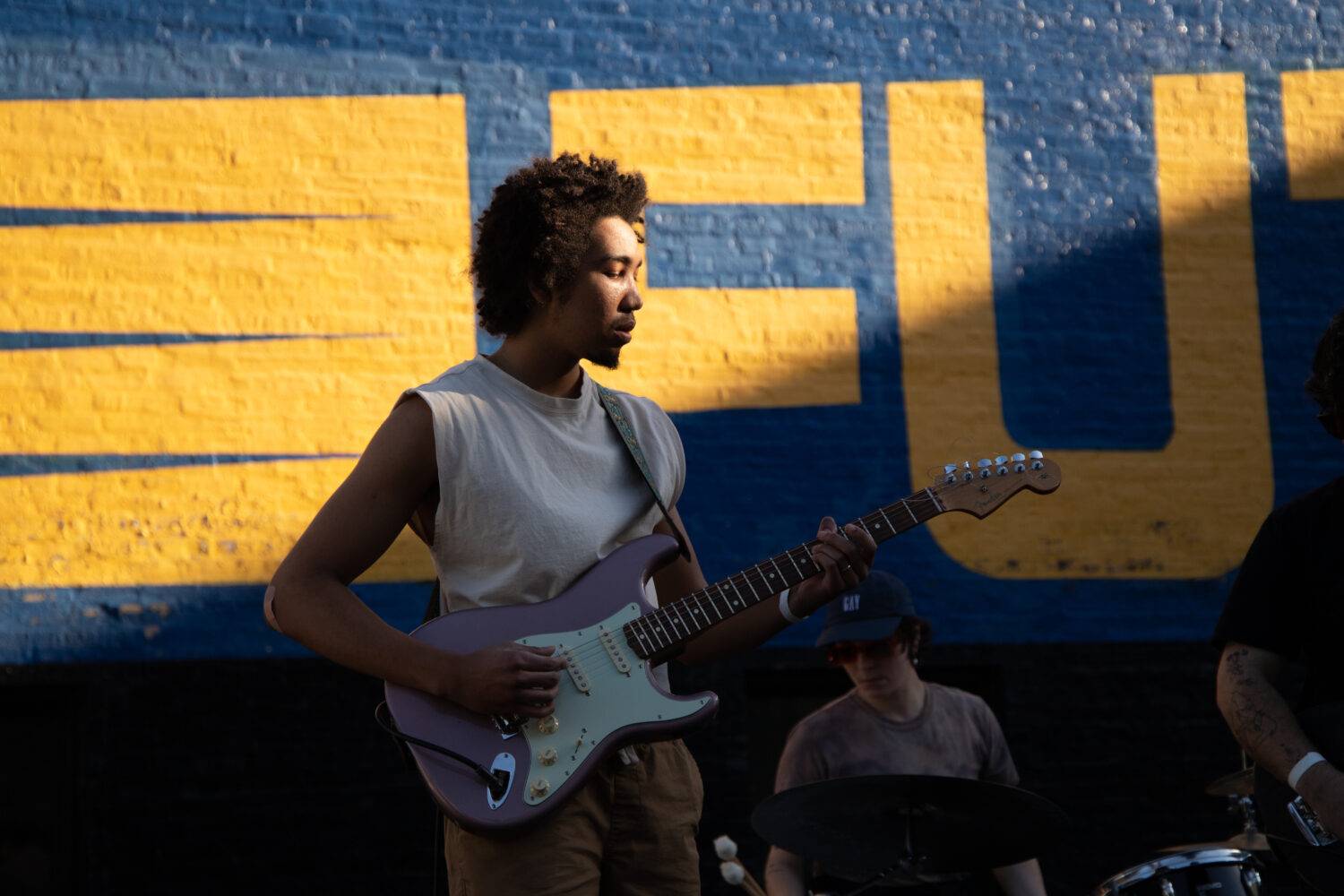 Members of Natalie Moen’s band warming up the crowd before the rally began, and standing in solidarity with AICWU. 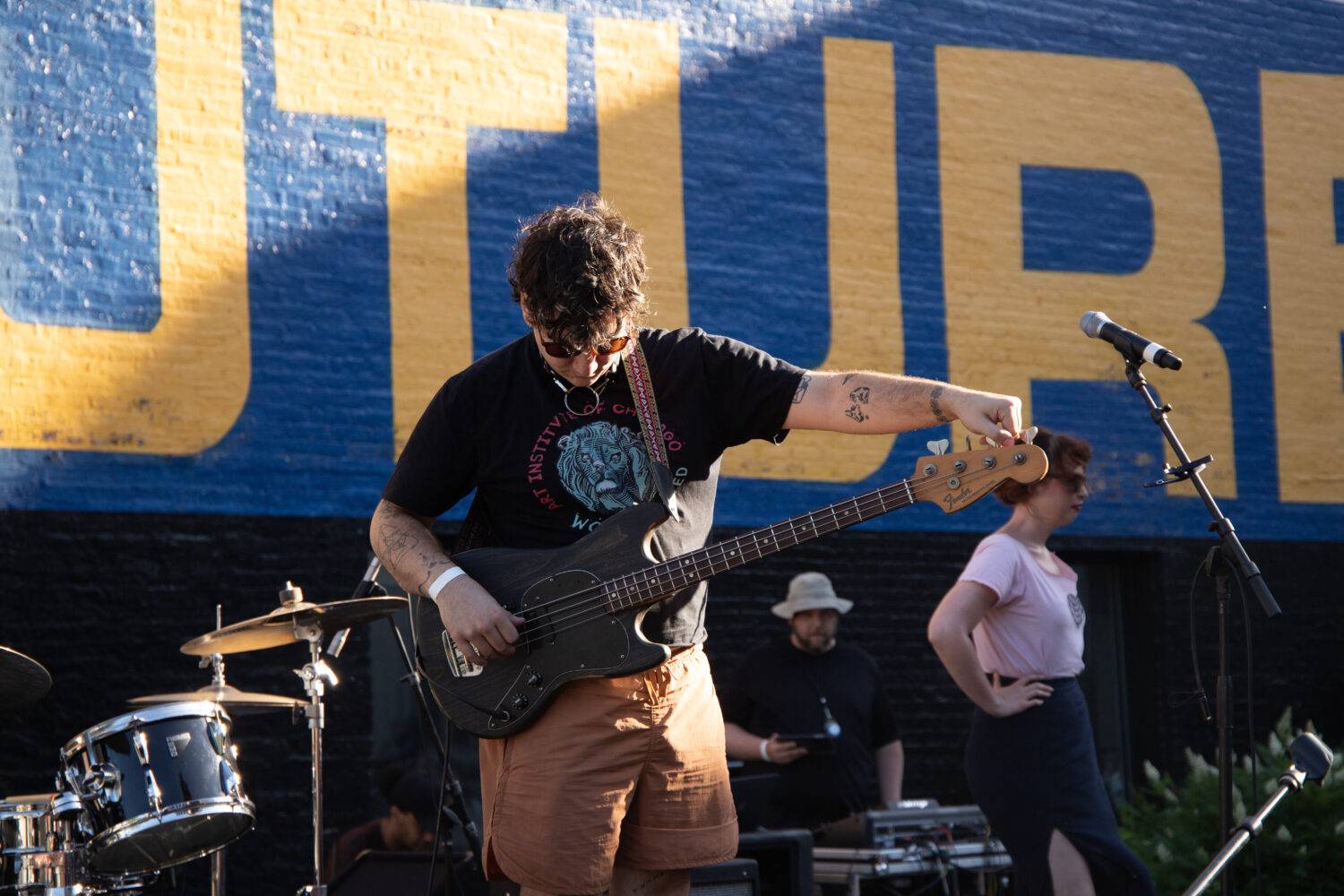 A band member in solidarity with AICWU. 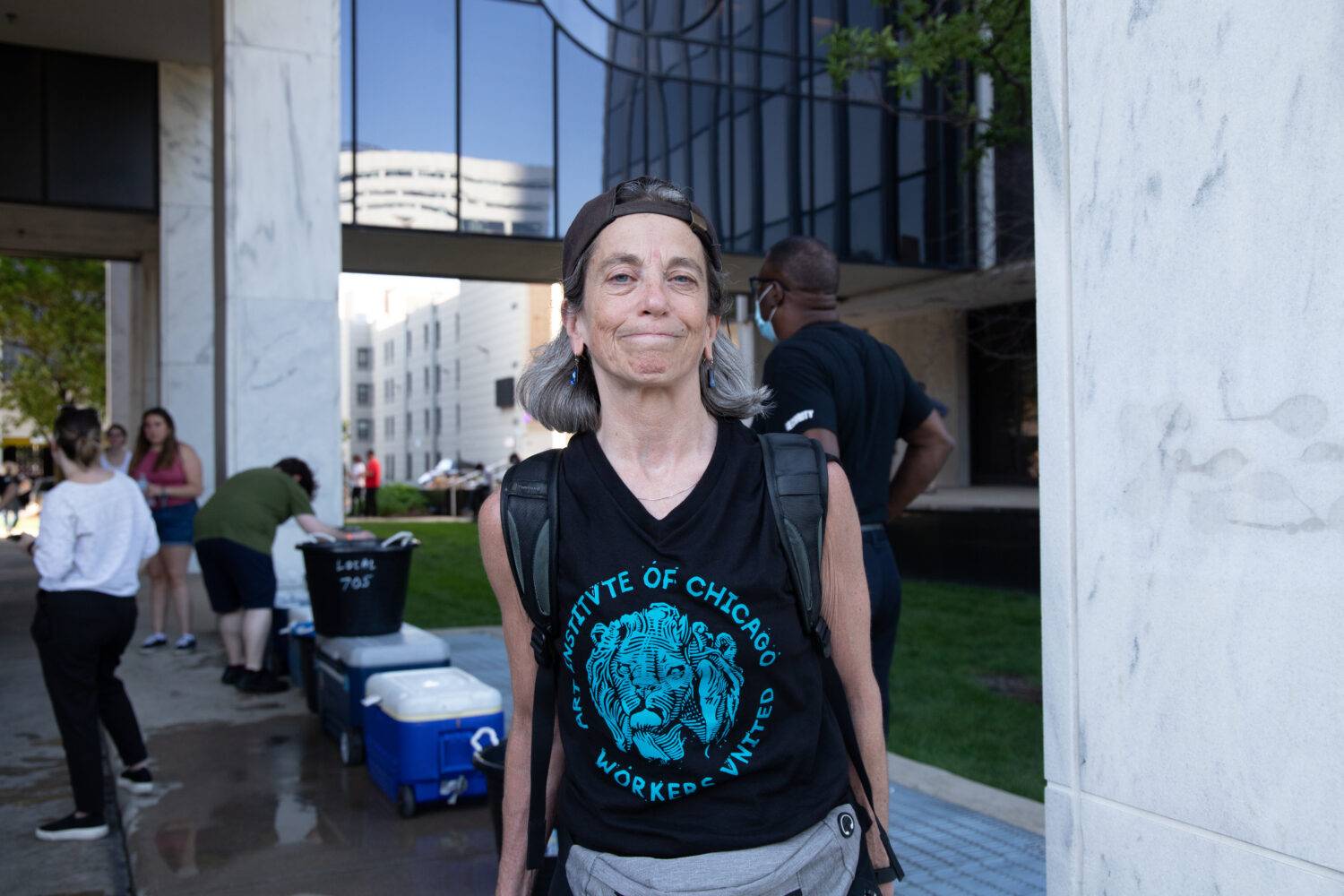 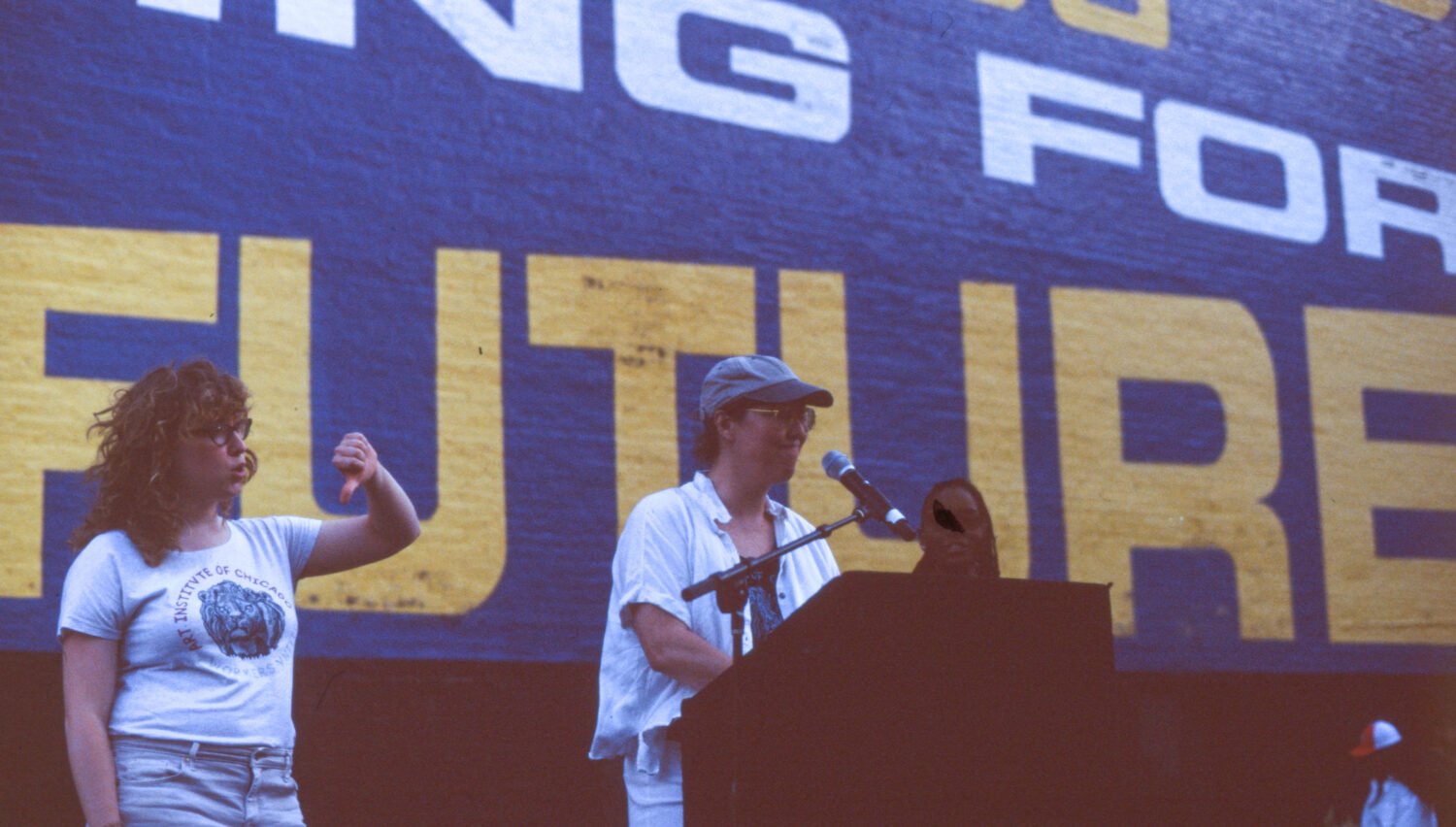 Listen, Listen Well, and Tell it All