Bob Hicok recently penned an essay called the “The Promise of American Poetry,” talking about feeling invisible as a straight white poet. Our lit editor Darshita Jain responds to that essay. 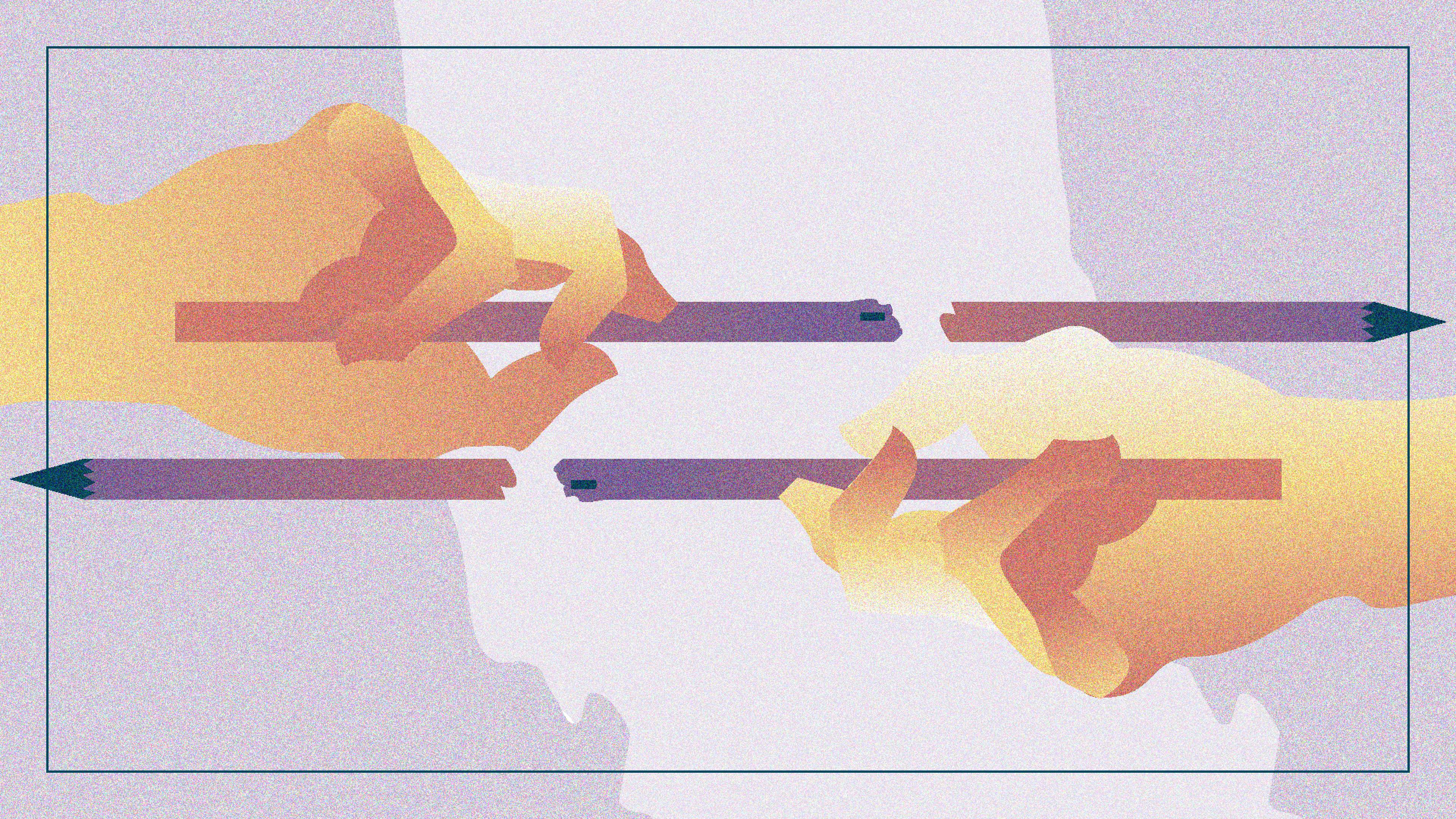 Recently, Utne magazine republished an essay by poet/professor Bob Hicok called “The Promise of American Poetry,” in which he talks about feeling invisible as a straight white poet. This is a response to that essay.

It took me a while to read your letter. It took me a while to get over my indignation and disappointment. It was, after all, a 4,000-word essay marking how you fear turning invisible. It was ironic; you had 4,000 words to write about how you don’t think you have space anymore. After nine books and teaching career at Virginia Tech, a Guggenheim Fellowship and being a two-time finalist for the National Book Critics Circle Award, you feel invisible. I wonder if there is any truth to that feeling. Let’s explore.

You talk about how aware you are that straight white men have shadowed every narrative and controlled literary and institutional spaces in America. You say, “But I’m also torn between my pleasure at seeing part of American culture take significant strides toward equality and my sorrow due to the diminishment of interest in my work.”

I read, “I write this because I’m dying as a poet. My books don’t sell as well or get reviewed as much as they used to,” and I think, it is not a zero-sum game. Do you think if poets of color are getting a little more, that must mean less for white poets like you? Did it occur to you that poets of color might be expanding the audience, or inviting new readers into this previously exclusionary canon? Poetry has lived in closed quarters for the longest time, excluding most. It is having a moment right now. According to National Endowment for the Arts survey, the poetry reading rate in 2017 was five percentage points up from 2012. More and more people are interacting with poetry. It is becoming more accessible with forms like slam and spoken word and community learning.

By saying that the marginalized, the women, and the people of color are having a moment because of our identities, you reduce us all to stereotypes of our identities, diversity quotas. You discredit all work that might have gone into any and all achievements to mere identity. And by emphasizing how you feel instead of what is, you not only refuse to see the facts but you, succeed in putting the straight white male voice in the center of the conversation. Your “I’m a liberal” rhetoric between the recurring lament does nothing but remind us that you are shouting at the top of your voice.

I wonder what kind of entitlement goes into thinking this way. I was back home in India the day your essay was published. Back home, the state of Kashmir was on day five of complete lockdown and curfew — the world’s most militarized zone – was completely cut off. People in the state were being palleted and tortured, families had no way to reach one another and everyone was trying desperately to get words in and out of the state. To know their people were still alive. People in Kashmir, some people with a semblance of internet, trying hard to send pictures out in the world to say, hey, we are being tortured. We are being shot at, please remember. They were shouting and trying to ask for help, It was life and death. Yet no one wanted to hear them. The government was helping silence them.

Space is a commodity, space is a privilege, space means something. I wonder what those 4,000 words would mean to a resident in Kashmir who needed them more.

As a woman, as a woman of color in the U.S., I have to earn my space. Whatever I say or write has to matter enough, be important enough to deserve space and time and attention. It has to represent my people. We were brought up with the notion that there is only so much space in the world and if you want to be seen/heard, you have to say something better than everyone else.

Dear Mr. Hicok, you are nowhere close to being invisible. The fact that I am writing to you also means that you are not. You have everything an emerging poet would work for in their lifetime and never get. You have it all. No one is taking that away from you. We cannot. You are an all-powerful white man. You have time and space, yet you are not doing a great job of writing about the things people care about. Contemporary poets are choosing to engage in topics like race and class, having conversations around loss and human grief. You did not. Instead, you chose to use these 4,000 words to lament about the loss of space.