On neofuturism and Uber’s new lease on a historic Chicago site. 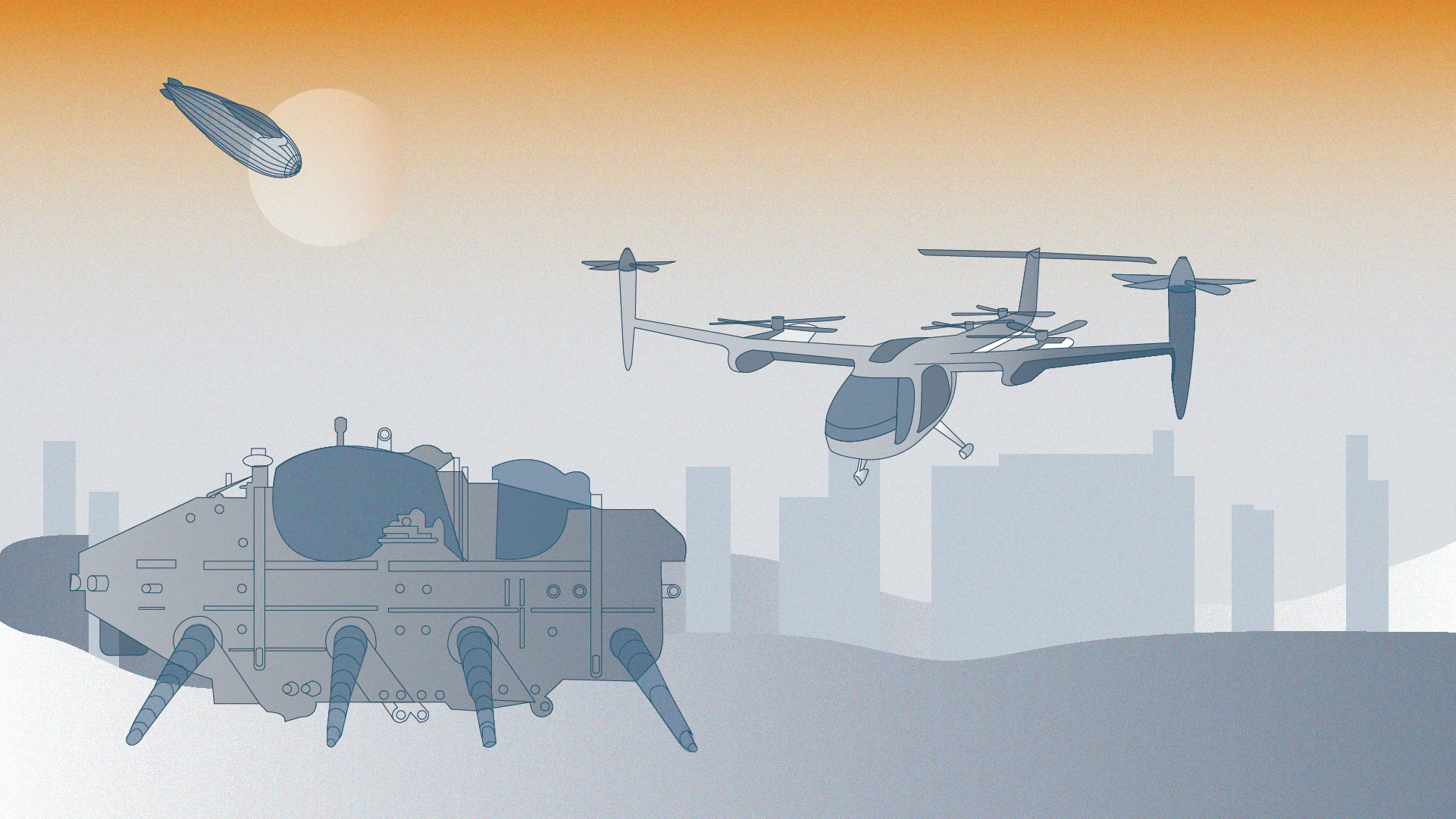 463,000 square feet of programmers, a potential helicopter pad, and whispers of futuristic air Ubers may not be the first things one associates with the Old Main Chicago Post Office, but the future may find a home in the long-forgotten landmark as soon as spring of 2020. Overlooking the Chicago river, nestled among a cropping of major transit buildings, the old post office is set to become Uber’s second-largest headquarters, an intersection of their Freight, Eat, and Ride branches.

The prospects are monumental: The transport giant promises thousands of new jobs and millions in real estate investments. This refocusing of transit in such macro scales as shipping containers to such micro scales as Chinese takeout — in a historical building no less — immediately recalls and perhaps accidentally pays respect to Chicago’s past as a major transportation hub, the raison d’être of its nickname, “The Second City.” Uber’s revitalized interest in small-scale aviation, in particular, presents a new frontier in spatial programming that is especially bold. Considering the history of how transportation has shaped and developed the urban fabric of Chicago, Uber’s acquisition might induce a vision of science fiction upon our landscape.

A crash course on urban blocks & the automotive city

When viewing a map of Chicago, it’s striking how the blocks become negative space and the streets become threads weaving and intersecting. Architects often use the term “urban fabric” to denote the stuff a city is made of — neighborhoods, demographics, density — and how these different facets intermingle and flow together. It’s hard to imagine, then, what Chicago would look like without any streets cutting through the layered cake of skyscraper blocks, or without the articulation of the many bridges stitching the Loop with the West Side. Perhaps the fabric without these man-made boundaries would become an amorphous blob, for better or for worse.

The far-reaching effect that transport has on the formation of modern urbanity cannot be understated. In Chicago, major geographical features both informed and were further defined by large-scale transportation. For instance, the development of the Loop area was largely tied into Lake Michigan’s proximity to the Mississippi River, thus making the city the biggest inland port in the world because of its longitudinal access to the rest of the continent. The downtown core was further built up as a result of Chicago’s location in the lateral center of the country, making it a key junction in early railroad routes. In short, the city grew as an intersection of two major axes of transportation. From there, mainstream adoption of cars brought the urban fabric to a much higher resolution. With the advent of the automobile, regulatory laws came into play that designated roads to be car-centric.

In creating separation between the distance that pedestrians and their four-wheeled friends could occupy, the paved spaces between lots grew ever wider while buildings had their own growth spurt, notably after the invention of the elevator. The end effect, observable in the downtown area of Chicago especially, is that streets read like valleys, carving out negative space between megalithic modernist towers.

Neo-futurism, a blast from the past

This movement in urbanism and industrialism ignited an entire generation of architectural thinkers from as early as the 1920s to more contemporary sources of the 1960s. Take, for instance, “Walking City” by Archigram, a collective of avant-garde British architects active from 1961 to 1974. Archigram has a history of candidness in crediting their inspirations, including their confrontation of postwar issues with emerging technologies. Proposed in 1964, “Walking City” is a series of drawings depicting a massive ambulatory city, all contained into one big shell. The issue at the time was the Cold War, so Archigram envisioned this city roaming a post-apocalyptic landscape, able to dock as needed to refill supplies. This was no doubt inspired by the technological advancements of a world preparing for nuclear war, including increasingly large forms of mass transportation. Such developments lead to the ubiquity of the steamboat as a mode of transportation. After all, Archigram existed in the same century as such mythicized goliaths as the Titanic. In observing the aforementioned drawing, there’s a sense of kinship with the water traffic of Chicago; notably, consider the similarities between the large-scale vessels migrating through the river this month, floating from dock to dock, the bridges of the city lifting to accommodate their scale.

Another reference, this one to the future, can be seen in the project’s leggy stature and angular gait. To the modern viewer the “Walking City” may resemble the All Terrain Armored Transport (AT-AT) of Star Wars fame; but in the real world, Archigram managed to predate (by one year) General Electric’s Cybernetic Walking Machine, a 3000-lb transport device designed to carry groups of infantry over large swaths of rough terrain. Here, it is unclear whether life inspired art or vice versa.

In the way Archigram’s flight of fancy spoke to a near future manifestation of comparable real-world technology, Uber’s proposal of air taxis in Chicago can be linked back to earlier architectural imagination. Harvey W. Corbett was one of the first to hypothesize about the future of cities as inspired by transportation. In 1925, he published a spread in Popular Science Monthly entitled “The Wonder City You May Live to See.” Included was an imagined section perspective of a busy street, featuring four different modes of transportation (five including foot traffic). The cut-line reveals a stacking of paths, with the topmost datum reserved for pedestrians, the next for slow-moving traffic (large rigs, trucks), followed by fast-moving traffic (personal cars) and finally at the very bottom, a train tunnel. Overhead is a blimp ambling through the buildings, the sky labelled “Aircraft Landing Fields.” As fantastical as this design may seem, some of these ideas have manifested in cities. The subterranean paths immediately bring to mind the organization of Lower Wacker Drive and the underground train that we know today as the subway system.

Now consider Uber’s proposal of the air taxi, the inception of accessible, almost casual aviation, backed up by a company with the influence to organize fleets of such technology, and centrally located in a major metropolis. While the idea of the blimp as readily available transportation may not have come to fruition, the reality remains that air taxis have the potential to fulfill yet another of Corbett’s prophecies.

Uber’s expansion to Chicago offers the potential to reimagine our city’s skyline and produce a new datum of transportation. Recalling the fantastical predictions made by architects of past decades, the proposed methods of travel offer current architects the opportunity of carving out a new space in the sky. As Archigram once wrote, the purpose of the structure — the city, the building or as one could argue, architecture at large — is “to provide an umbrella within which growth and change can take place.” The time has come for this generation of theorists to address the possibility of an updated urbanism, a newer neo-futurism.