Global trends in alternative diets, and how SAIC stacks up 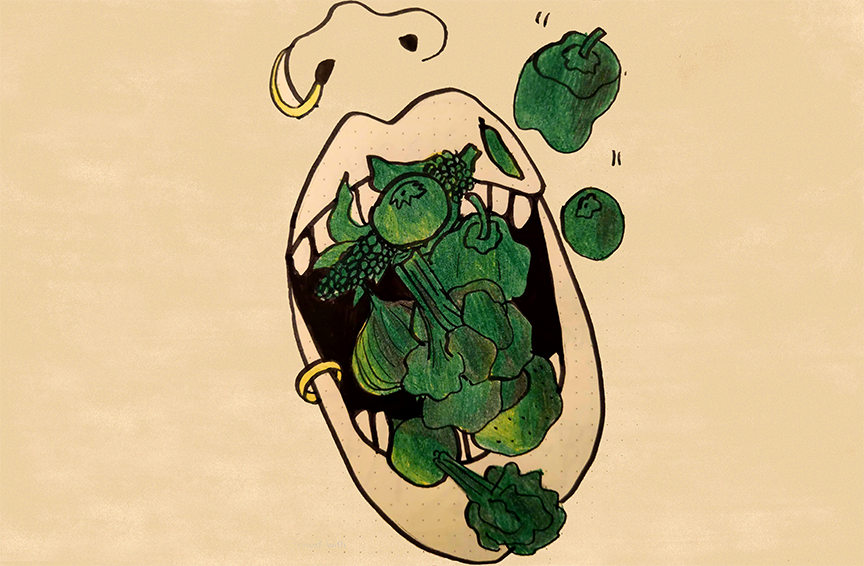 What do Tulsi Gabbard, Joaquin Phoenix, and Ariana Grande have in common?

Whatever else you might have come up with, Good Housekeeping tell us that all of them — plus dozens of other high-profile personalities — are vegan.

But despite the commonness of diets like veganism among the famous, the overall number of U.S. vegetarians and vegans is hardly on the rise. Gallup recently conducted a study showing that plant-based food sales are indeed increasing; in the first half of 2017, sales had grown by 8%. But from 1999 to 2018, the portion of survey respondents identifying as vegetarians actually went down, from 6% to 5%. From 2012 to 2018, vegan numbers fared slightly better, inching up from 2% to 3%.

As a takeaway, Gallup offered, “It appears Americans are eager to include alternatives to animal products in their diets but are not willing to give up animal products entirely.”

This surprised me. Mixing celebrity data with anecdotal data — many of my friends and family members now embrace meatless diets — I would have predicted a much more precipitous shift. So, as part of F’s ongoing survey series, F+ Editor Cat Strain and I gathered some data from the School of the Art Institute of Chicago (SAIC) community to see whether the trend was any different among art students.

Out of 40 responses, a slim majority (22) report no dietary restrictions. Of the 18 who do restrict their diets, 11 use self-imposed guidelines, eight have medical limitations, and two need to abide by religious strictures (three people mentioned more than one of those categories).

10 of our respondents (25%) reported either non-meat or meat-reduced diets, with three vegans, three vegetarians, three pescatarians, and one who stated: “I don’t have specific self-imposed restrictions, but I do try to reduce my meat consumption.” Each set reported general satisfaction with SAIC’s meal options on a 1-5 scale: vegetarians averaged 3 out of 5, vegans 3.33 out of 5, and pescatarians 3.67 out of 5.

This is good, because SAIC folk who eat downtown tend to stay on campus. Prompted to list good lunch options in the Loop, the greatest portion (14) either left the section blank or wrote in some variant of “I don’t know.” Poke Poké received the most mentions (4), with Naf Naf (3), Hot Wok (3), Panera (2), Halal Guys (2), and Goddess & the Baker (2) all netting multiple shoutouts.

Compared to Gallup’s data, this small sample of the SAIC community is disproportionately committed to alternative diets. This makes some sense, as other studies have shown that young people tend to be concerned about the environmental impact of meat-heavy diets, and that they’re “six times more likely to try and then stick to different lifestyle diets like veganism and vegetarianism” (Magnet). Gallup’s study also showed that political liberals are more than five times as likely to be vegetarians than political conservatives. Given the near-unanimity of liberal politics among the SAIC community, it follows that alternative diets would be relatively common.

In 2006, the United Nations reported that about 14.5% of all greenhouse gas emissions could be attributed to animal farming, a greater portion than transportation. Global meat production rises every year. With the combined effects of climate change and the present administration’s antipathy toward the issue, it also follows that a majority motivation among diet-restricted SAIC students was an environmental concern.

On balance, the surveyed SAIC students reported greater commitment to dietary change than the broader American public. But while the numbers in and out of SAIC both represent stark minorities, the global trend indicates deepening dietary consciousness. Veganuary, “a campaign in which people go vegan throughout the month of January,” has grown from 3,300 in 2014 to 168,500 in 2018 — a 5,106% increase. GlobalData reports “70% of the world population … either reducing meat consumption or leaving meat off the table altogether.”

So, while the general population may be slow to adapt, young people feel and respond to the urge more broadly. The trend for all is toward meat reduction, if not total meatlessness.

Practice Beyond the Studio: Reflecting on SAIC’s Day of...