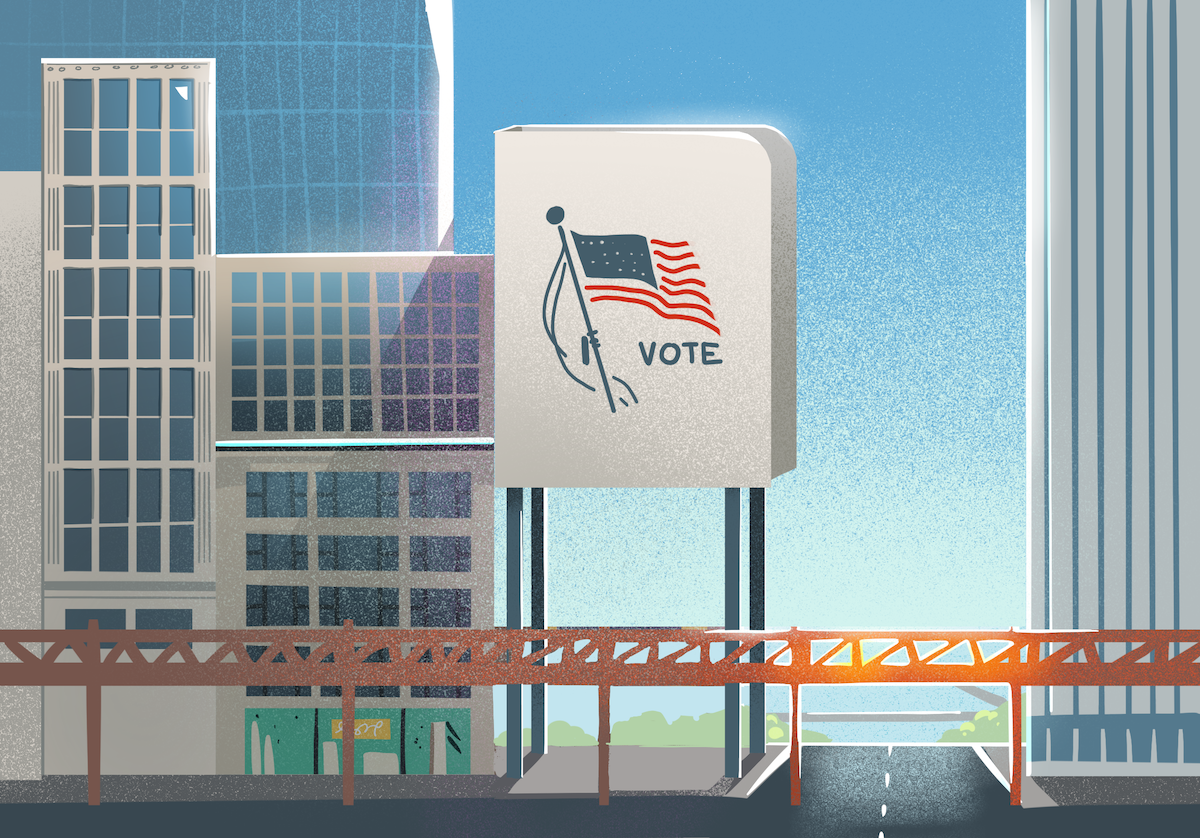 It’s a historically divided time in U.S. politics. As F reported in a recent analysis of presidential approval rating statistics, Donald Trump’s tepid-but-not-sensationally-bad rating — at the moment, 41.1% — is the result of an unprecedentedly polarized public. Outside a circle of like-minded peers, politics has become a subject you only broach if you’re prepared to lose friends or get written out of wills.

Amidst all this, students’ long-held reputation for representing the political left remains intact. A 2018 survey of America’s college students done by the Panetta Institute for Public Policy found a majority (52%) of students self-identifying as Democrats, 25% as Republicans, and 23% as independents. Wondering about the extent to which the School of the Art Institute of Chicago (SAIC) community follows suit, F asked about their political affiliations, voting habits, and thoughts on prospective presidential candidates. After collecting 60 responses — 49 from U.S. voters, 11 from non-U.S. voters — here are some significant findings.

Of all 60 respondents, 22 responses came from freshmen, 11 from sophomores, 8 from juniors, 4 from seniors, 4 from first-year graduate students, 2 from second-year graduate students, 4 from staff/faculty, and 2 from alums. 38 identified as female, 16 as male, 4 as nonbinary, 1 as agender, and 1 as genderqueer. 29 identified as white/caucasian, 8 as Asian, 6 as black, 5 as hispanic, 2 as African American, 2 as Indian, 2 as Latina, and 1 each for Latino, Latinx, Jewish, Chinese, Russian, Native American, and Vietnamese (these results represent 5 students who listed multiple races/ethnicities). A majority of students (23) don’t vote in Illinois, with 17 other states listed (11 didn’t say).

Of the 49 U.S.-voting respondents, an overwhelming 33 identified as Democrats, including roughly two-thirds of women, two-thirds of men, and all 3 nonbinary students. 7 reported no political affiliation, 3 declared independence, 2 allied with the Democratic Socialists of America (DSA), and 1 wrote in “Leftist.” Only 1 respondent marked “Republican.” The remaining 2 opted for more colorful responses: the decisive “not assholes,” and the Captain Beefheart-influenced “Fast ’n’ Bulbous.”

With 18 total issues mentioned, Climate Change/Environmental Issues topped the list with 15 mentions, including 11 undergrads, 2 grads, and 1 staff member (1 did not list a year). Healthcare came in second, with 13 mentions — notably, all 4 first-year grad students mentioned healthcare, while only 7 total undergrads mentioned it, which is a disproportionate result, given the 45-to-4 ratio of undergrads to first-year grads. Education came next with 10, followed by Civil/Human Rights with 7. A combined 20 students listed Civil/Human Rights, Immigrants’ Rights, Women’s Rights, LGBTQ+ Rights, and Workers’ Rights.

While a majority of people (23) claimed no strong feelings about any single candidate, Bernie Sanders topped the list with 11 favorable mentions, including 7 undergrads, 1 grad, and both alums (1 did not list a year). Elizabeth Warren came in second with 4 positive mentions, Beto O’Rourke had 3, and Kamala Harris was neutralized with 1 positive and 1 negative mention. 9 students’ main feeling was somehow anti-Trump, including the “Fast ’n’ Bulbous” party member’s sentiment, “bye bye orange boy.”

Asked how the result of the 2020 presidential election will impact them, 7 of 11 non-U.S. citizens reported concerns about their status in this country. 5 felt they would benefit from additional SAIC resources for international students, including how to contact their embassies, having international students speak on the importance of voting, and general information on how/when to vote.

Respondents checked “I do independent research” a total of 44 times, “I consult friends/family” 26 times, and “I vote based on endorsements” only 8 times. None of the 8 checked only “endorsements,” and 7 had checked all three. This means people trust themselves and their inner circles significantly more than people on the outside.

While 60 responses is not enough to make conclusive statements about the SAIC community, the results indicate a basic political uniformity. Only 1 respondent claimed to be right-of-center, and 5 unaffiliated people wrote in left-wing political issues in the free response section. Responses were usually proportional to the demographic breakdown, meaning political sentiments and voting habits are more or less shared across various groups. Curious about specifics? Click here to view U.S. voter results, and here to view non-U.S. voter results. 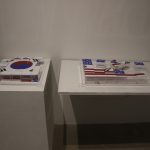