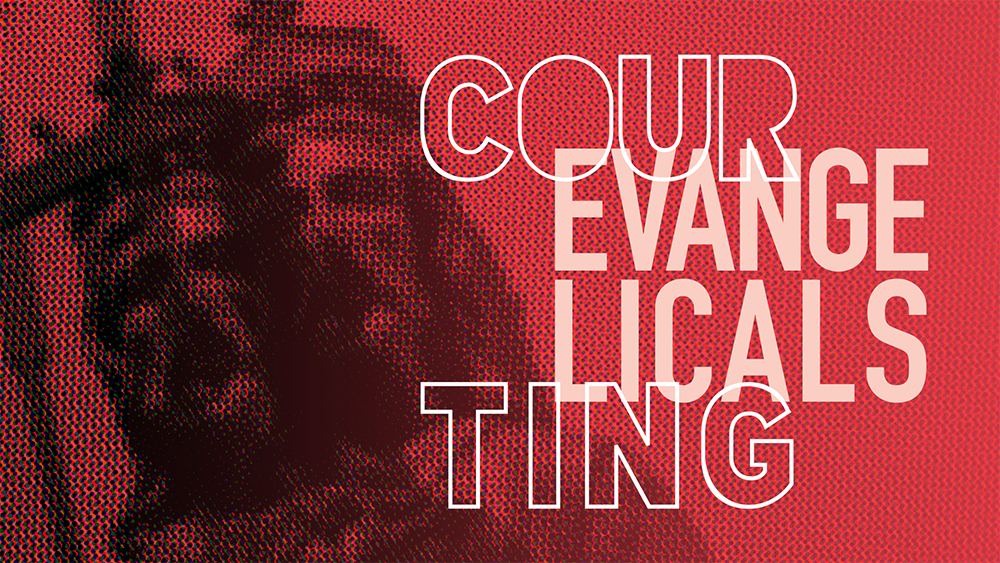 It is easy to forget that, 60 years ago, most American Christians voted for Democrats. Party platforms were different then, it’s true. In the uncertainty of the postwar period, Republicans began to court the Christian vote, particularly Catholic and Evangelical, and search for wedge issues to rally the cause. At the same time, conservative religious activists like Paul Weyrich and Jerry Falwell were looking for ways to capitalize on the religious voting bloc they had under their influence.

The first issue that the religious right took on was desegregation. In 1973, Roe v. Wade was upheld, legalizing abortion nationally, but evangelical Christians took little notice; they considered abortion a Catholic issue. They were busy in the South, fighting desegregation of Christian schools in the courts. Weyrich (who would later co-found the Heritage Foundation), saw an opportunity to attract Christian voters, especially evangelicals, to the Republican base.

“The new political philosophy,” Weyrich wrote in the mid-1970s, “must be defined by us [conservatives] in moral terms, packaged in non-religious language, and propagated throughout the country by our new coalition.” His group came to be called the Moral Majority.

But by the late 1970s, the anti-integration platform was losing steam. The courts were stubbornly upholding desegregation. President Jimmy Carter, a Democrat and born-again Christian himself, was up for re-election. Both Christian conservative leaders and Republicans wanted to take him down; they needed a new issue to rally the religious right.

During the 1976 election cycle, the Republican National Convention adopted a new pro-life policy. Less than 40% of party delegates were pro-life, but they adopted the policy as a temporary ploy, specifically to increase their appeal among Democratic Catholics. The ploy paid off.

In 1979, the pro-life movement picked up more steam with the now-infamous propaganda film series, “Whatever Happened to the Human Race?” by Francis A. Schaeffer and pediatric surgeon C. Everett Koop. Here originated the gory and sensationalist imagery that now characterizes the pro-life movement — images like babies in cages and decapitated dolls strewn about a beach. Republican Congressman Jack Kemp saw the films and began rallying congressional support around the issue.

The Republican Party was seeing potential on a national scale. So they made a tactical choice. In 1980, the Republican Party platform committee officially added anti-abortion planks to their position. They began calling for a “Human Life Amendment” to the Constitution, which would ban abortion. (The amendment was never successful.)

Over the next 40 years, religious leaders like fundamentalist preacher Jerry Falwell fanned the flames of the pro-life movement with inflammatory rhetoric. It was Falwell who infamously blamed the 9/11 attacks on American “immoralities” including abortion, feminism, and gay rights.

Meanwhile, on Capitol Hill and in state governments across the country, Republican lawmakers adopted an anti-abortion stance to appeal to the ever-more entrenched religious right. State legislatures chipped diligently away at Roe v. Wade. In 1976, almost 60% of Republican delegates were pro-choice. As of 2018, zero house Republicans are pro-choice.

But are the majority of Republican voters pro-life? No: in fact 52% of Republicans, polled by NBC News and the Wall Street Journal, support Roe v. Wade (compared to 73% of Americans nationally). So why are Republican lawmakers so staunchly anti-abortion, compared to their constituents? Because abortion is a rhetorical selling point for the evangelical voting block within their party.

According to a 2008 American Religious Identification Survey, 34% of American adults considered themselves “Born-Again or Evangelical Christians.” In 2014, the Pew Research Center found that 25% of Americans were Evangelical Protestants. Some polls show that Christian Evangelism is in decline. Though studies disagree on exact numbers, evangelicals represent a large, loyal voting block.

Evangelical leaders like Franklin Graham and Jerry Falwell Jr. support Donald Trump, and encourage their followers to do the same. For evangelicals, said Falwell Jr., Trump is “their dream president.”

This encouragement works. In the 2016 presidential election, over 80% of evangelicals voted for Donald Trump, a thrice-married candidate whose rhetoric is anything but Christian. In 2018, 68% of “highly religious” white Protestants approved of Trump’s performance as president (compared with the 39% national average).

Some evangelicals do not agree with the GOP platform — some even feel that conservative political rhetoric is exploitative. Michael Gerson, former Bush speechwriter and lifelong evangelical, condemned the hypocrisy of the religious right’s support for Trump. Gerson wrote that, in a church lacking a coherent political theory, “Many evangelicals find their theory merely by following the […] political movement that is currently defending, and exploiting, them.”

Regardless of the view of their voters at large, the GOP keeps pushing an anti-abortion agenda in order to maintain their grip on this voter base. The 2018 midterms saw losses in the House but success in the Senate, advancing the Republican goal of confirming as many conservative judges as possible. Dan Schnur, a former longtime Republican strategist and now an Independent, told the New York Times, “If you ask social conservative voters, would you be willing to accept Nancy Pelosi as speaker for two more Supreme Court justices, I suspect they would make that trade.” With Roe v. Wade in their sights, the Republican Party keeps their base motivated. What began as a political ploy has become an indispensable arrow in a targeted rhetorical strategy.