A run-down of this session’s significant Supreme Court decisions. 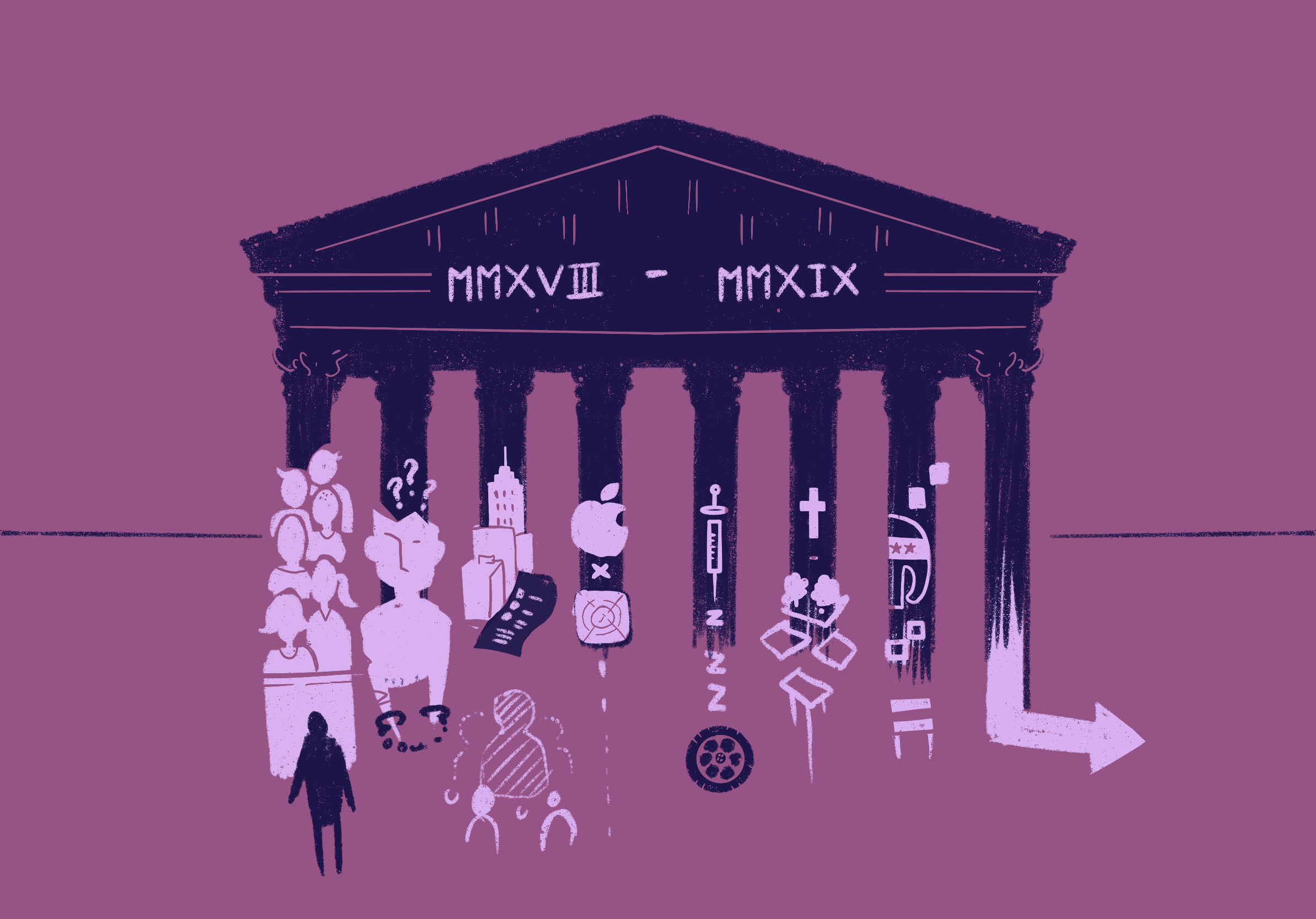 The 2018-2019 Supreme Court session (Oct-June) included 69 decisions, including rulings on gerrymandering, census questions, antitrust suits, and criminal justice. Here’s a rundown of the significant cases — both the headline-grabbers, and the cases that went under the radar.

After 30 years on death row, Vernon Madison has suffered numerous strokes resulting in serious brain damage. He has petitioned to be removed from death row on the grounds that he does not remember or understand the reasons for his execution. This is a question for the Eighth Amendment, which prohibits “cruel and unusual punishments” against prisoners. Two questions were put to the Supreme Court: 1. Should a death sentence be stayed if the convict has no memory of the crime? And 2. Should a death sentence be stayed if the convict has mental degradation such that they cannot understand the sentence? In a 5-3 decision, the court ruled in favor of Madison. They found that no, the Eighth Amendment does not prohibit execution of those who forget their crime, but yes, it does prohibit executing a person who cannot rationally understand the reason for their execution.

The Trump Administration has attracted criticism for proposing a citizenship question on the 2020 United States Census. Last fall, following a bureaucratic tussle, Secretary of Commerce Wilbur L. Ross, approved the question. Ross stated that it was intended to better uphold the Voting Rights Act. New York’s Southern District Court challenged the question, on the grounds that it will deter non-citizens from responding to the census, thus depriving certain populations of resources and representation. The Supreme Court ruled with New York, in a complicated multi-part decision. They found that though the question does not in fact violate the Enumeration Clause (the article of the Constitution mandating a census), New York was right to question Ross’s stated reasoning. Ongoing questions persist about Trump Administration and the Republican Party’s motivations behind the question.

Apple devices can only run apps from the Apple-run app store. A majority of the apps sold there are from third-party developers, but 30% of their sales goes to Apple. For almost ten years, litigants have tried to bring antitrust suits against Apple for their de facto monopoly on the app market. In the past, these suits have been dismissed because of the Brick precedent, which established that only the “overcharged direct purchaser” can bring an antitrust lawsuit, not others in the chain of manufacture or supply. In past anti-Apple cases, plaintiffs have been determined to be “others,” and thus unable to prosecute. But in Apple v. Pepper, the Supreme Court ruled 5-4 in Pepper’s favor. They have not found Apple guilty of antitrust violations, but they are allowing the suit to proceed.

In 2013, Gerald P. Mitchell was arrested in Wisconsin for driving under the influence. He was brought to the hospital unconscious, and officers drew a blood sample without a warrant. They did this under Wisconsin’s “implied consent” statute, which provides that “by driving a vehicle, motorists consent to submit to chemical tests” in order to “determine alcohol or drug content.” Mitchell appealed his conviction on this evidence, bringing the question to the Supreme Court: Does Wisconsin’s implied consent law violate the Fourth Amendment (which prohibits unreasonable search and seizure without a warrant)? The Supreme Court ruled on this case only, not the question broadly, 5-4 in Wisconsin’s favor. They found that this circumstance made this warrantless drawing permissible, but that at this point, the implied consent laws are impossible to definitively strike down.

This case examined the display and state-funded maintenance of a cross on public land as part of a memorial honoring veterans. Does this cross violate the Establishment Clause of the Constitution, the article of the First Amendment guaranteeing the separation of church and state? In a 7-2 decision, the Supreme Court ruled in the American Legion’s favor, finding that the cross had sufficient non-religious affiliations. In the dissent, Justice Ruth Bader Ginsburg argued that the presence of the state-funded cross “elevates Christianity over other faiths, and religion over non-religion.”

The decision that will have perhaps the most wide-reaching impact, or rather lack thereof, is the Supreme Court’s 5-4 decision that they cannot rule on claims of partisan gerrymandering. This decision fell precisely within the court’s conservative-liberal lines. Conservative Justices Roberts, Thomas, Alito, Gorsuch, and Kavanaugh determined that the Supreme Court could not fairly answer gerrymandering questions because they were political and not judicial. Chief Justice Roberts wrote that there is no “limited and precise standard” by which to judge the gerrymandering question.

The four liberal justices, in a blistering dissent, wrote that failing to answer this question was “to abandon the court’s duty.” Justice Elena Kagan argued that “standards adopted in lower courts across the country do meet the contours of the ‘limited and precise standard’ that the majority demanded yet purported not to find.” Under the current system, district lines are drawn by state legislatures. Currently, 30 state legislatures are Republican controlled, compared to 18 controlled by Democrats. Kagan wrote that this non-decision will “encourage a politics of polarization and disfunction” that could “irreparably damage our system of government.”

Supreme Court justices spend the July-to-October recess reviewing and preparing for the next term, which will include many high-profile cases. These include whether the Civil Rights Act covers employment discrimination against gay and transgender workers, gun control in New York, criminal deportation of legal permanent residents, the Clean Water Act, and more.

Practice Beyond the Studio: Reflecting on SAIC’s Day of...