A weekend of protests following the overturn of Roe v. Wade. 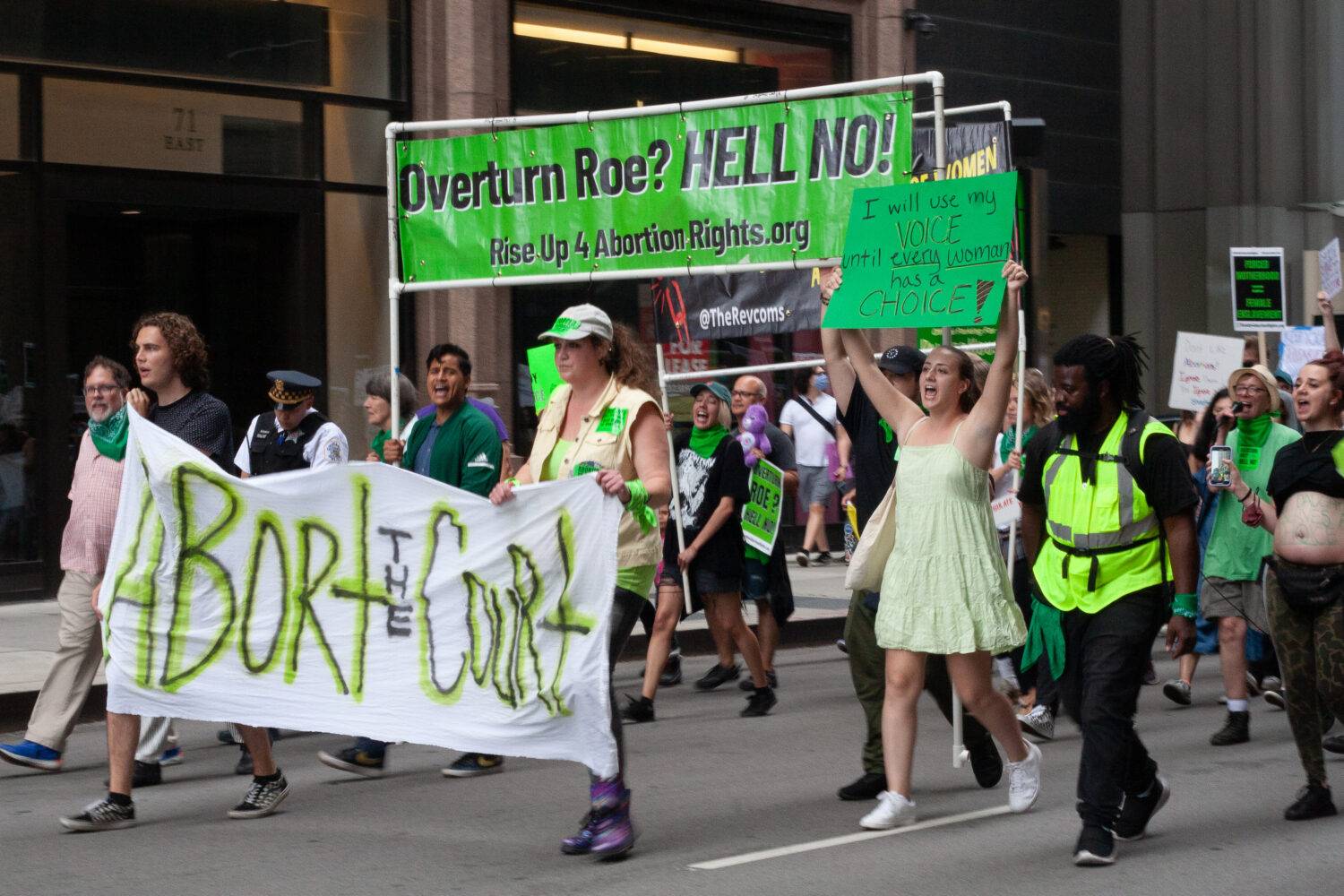 On June 25th, a crowd of Chicagoans took to the streets to share their anger and disappointment over the recent ruling by the Supreme Court to overturn Roe v. Wade. This decision will overturn abortion rights in states across the country and will have intense effects on the rights of people who can get pregnant across America.

Before the protesters marched through the streets, one of the organizers of the event shared their thoughts with the crowd. “If so fucking important that every single one of you is here right now because this is where the power lies. The power lies in the people.” 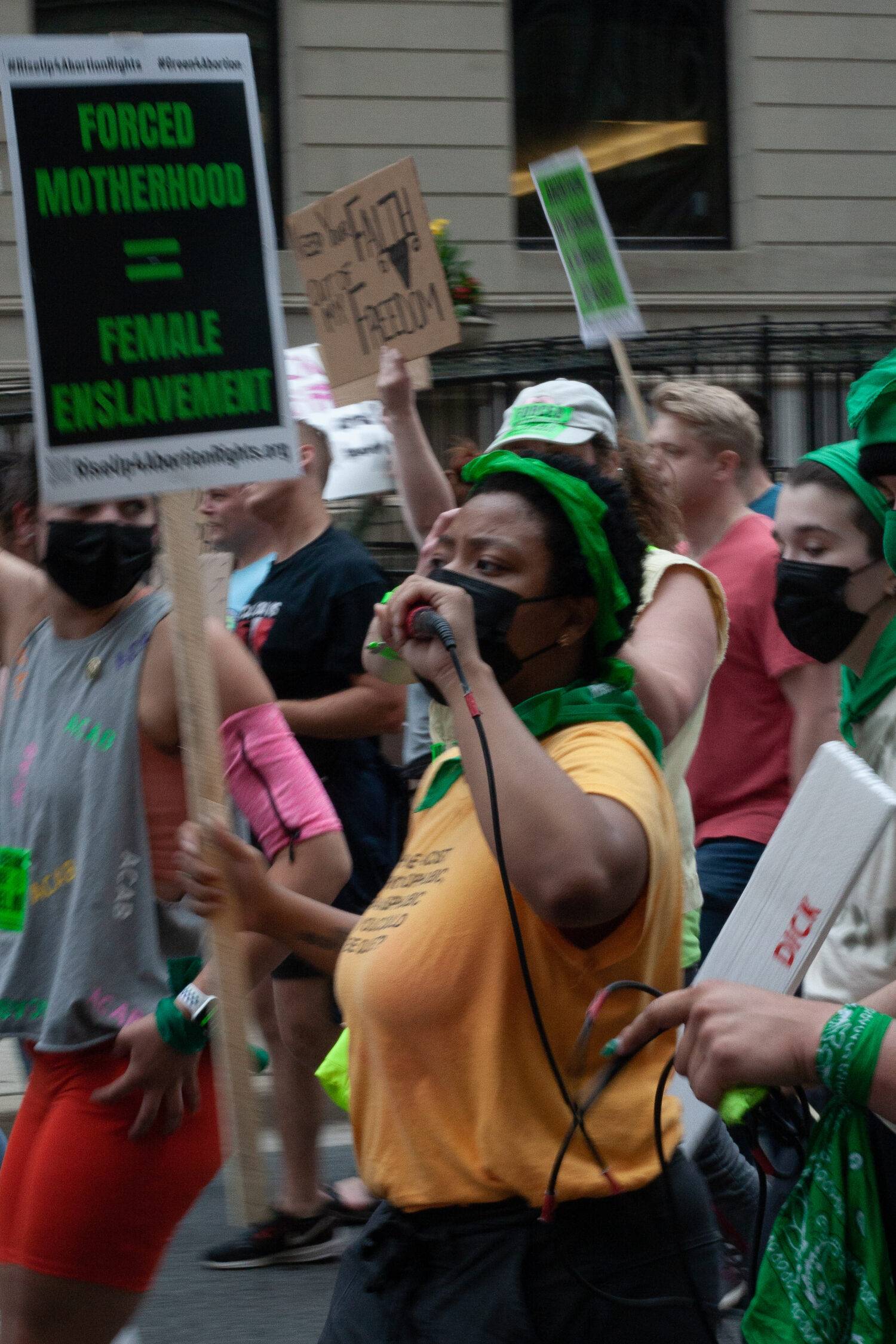 Protesters walked through the streets of Chicago, stalling traffic on a busy summer weekend. The route walked through several prominent streets including Michigan Avenue, State Street, and Columbus Drive. 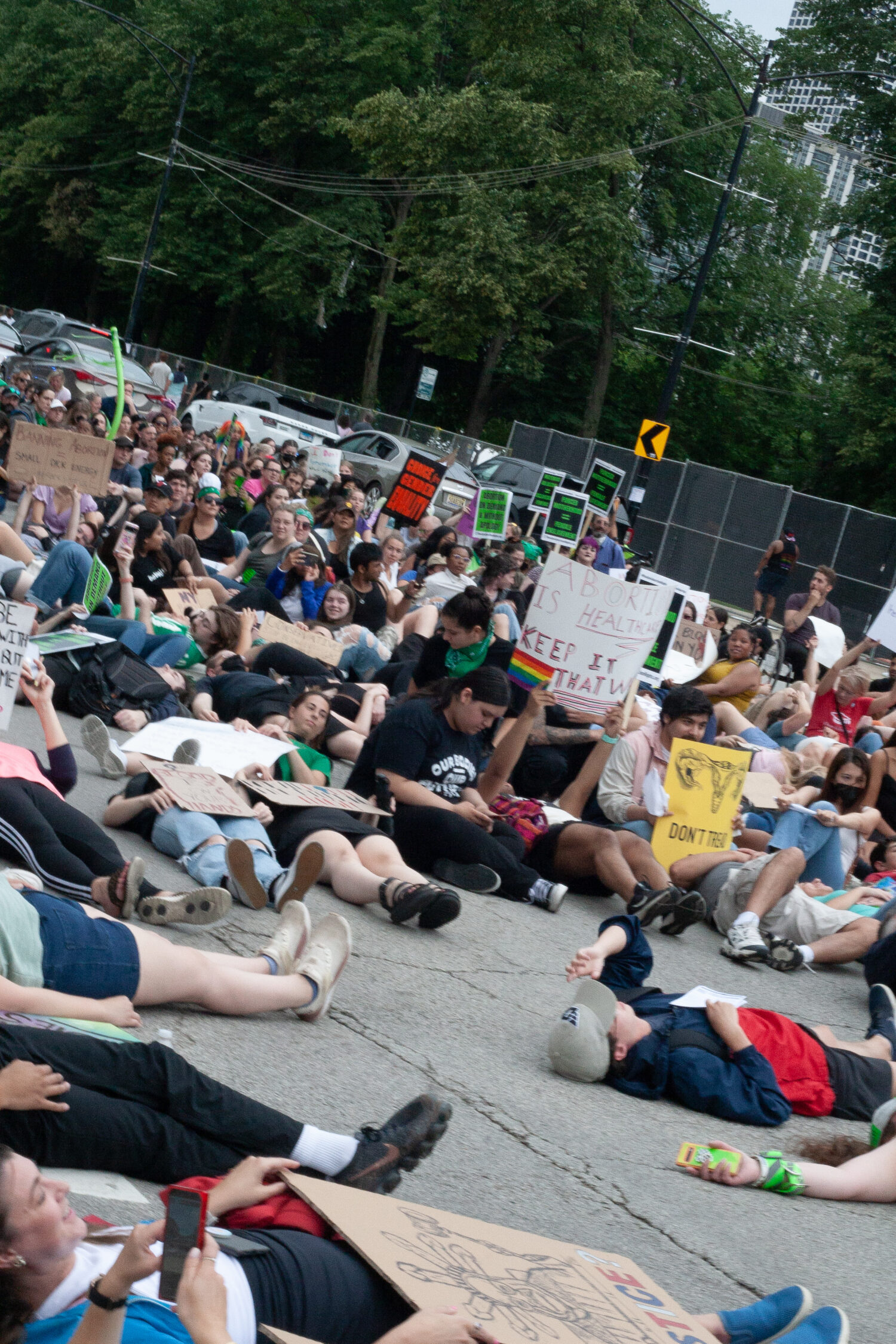 Protesters lay down in the streets in the intersection of Columbus Drive and Jackson Drive.

Right outside SAIC’s 280 building, protesters shut down the intersection and highlighted predictions that the SCOTUS ruling will cause people’s deaths. 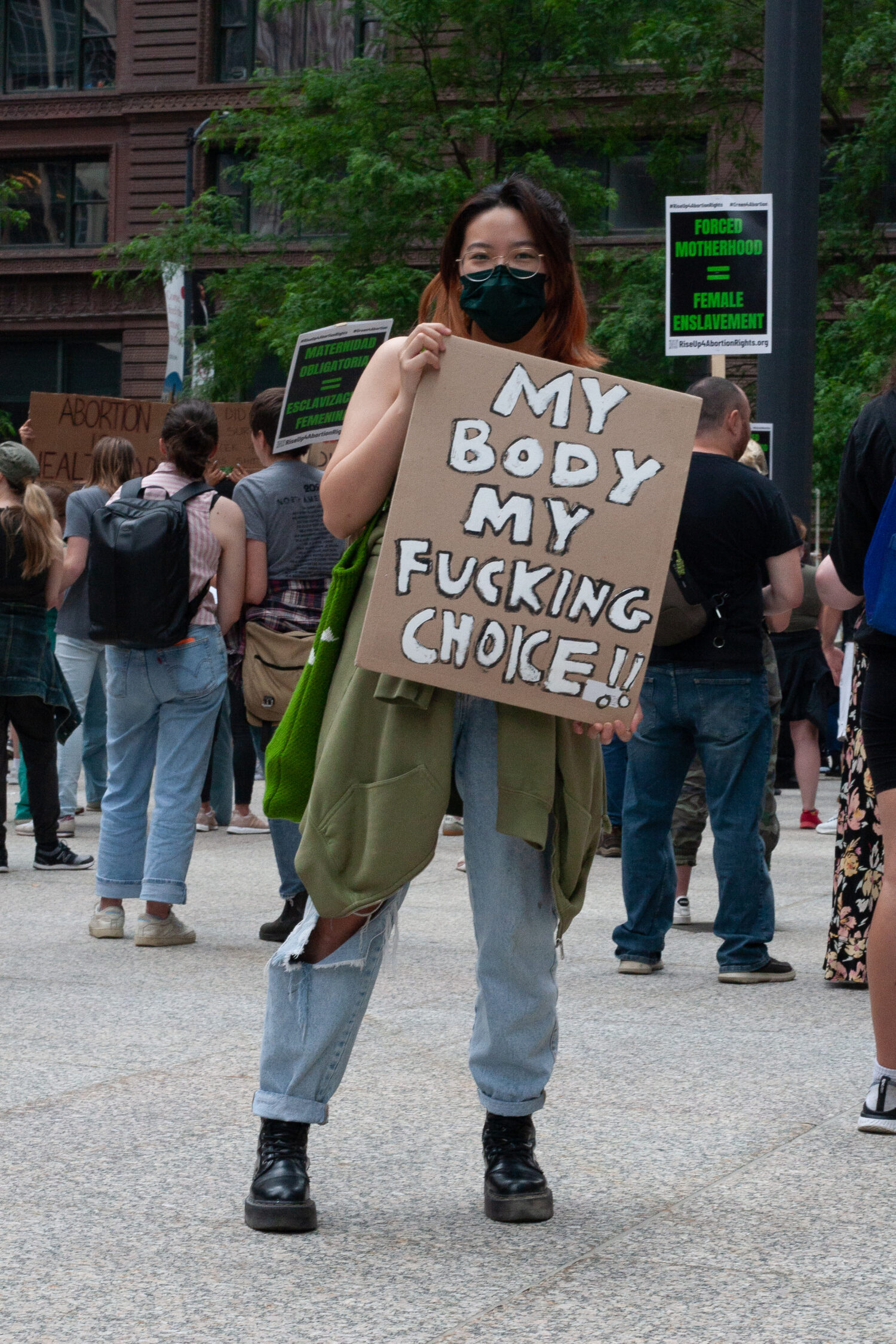 Kelly Wang shared, “I’m here today because my body is my fucking choice.” 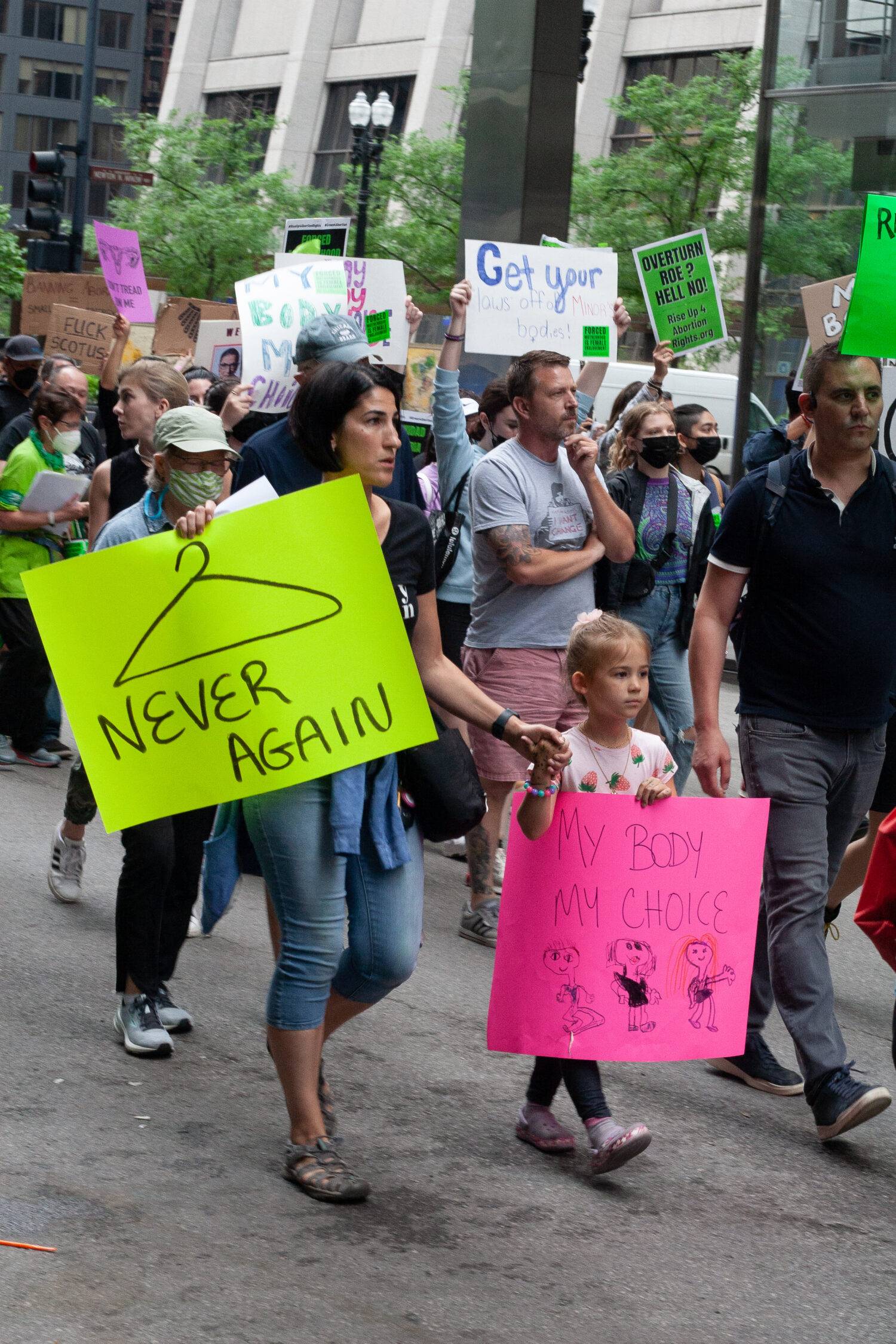 People young and old were present for the event. 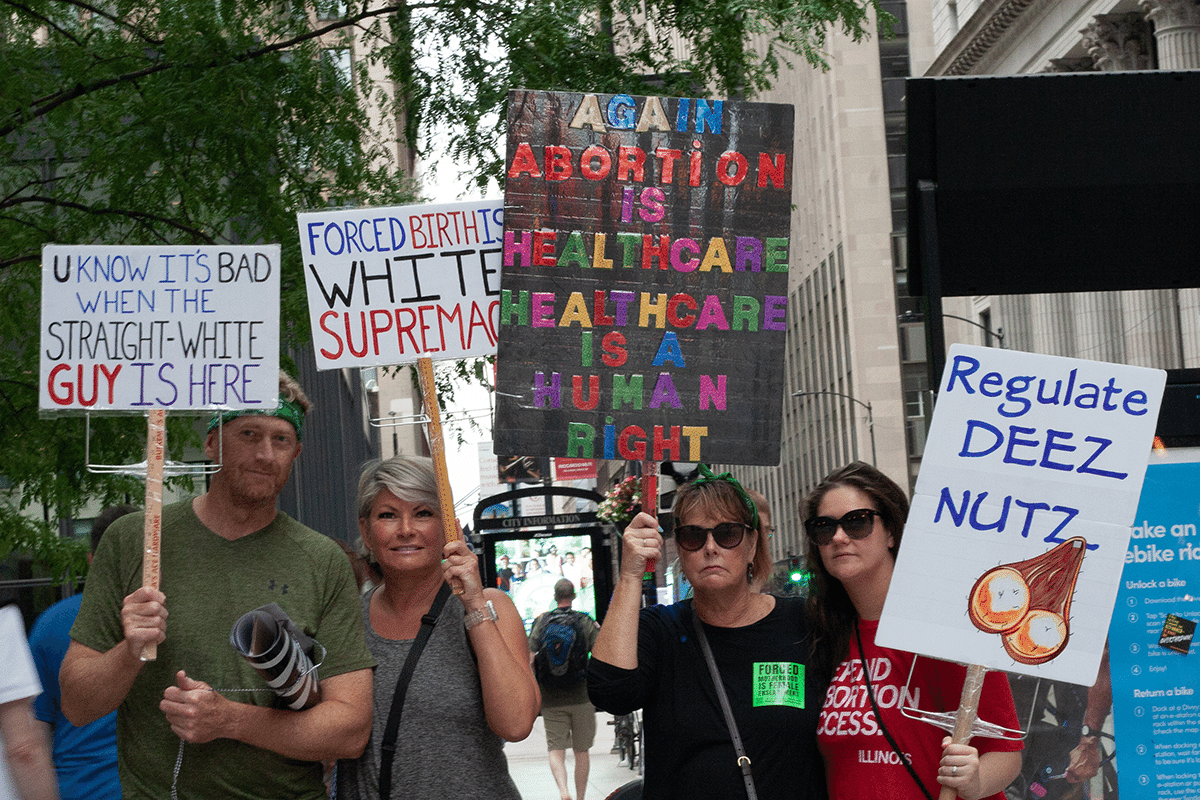 Protesters brought a variety of hand-made signs displaying their anger. This group shared, “I don’t have anything to say except… fuck SCOTUS.” 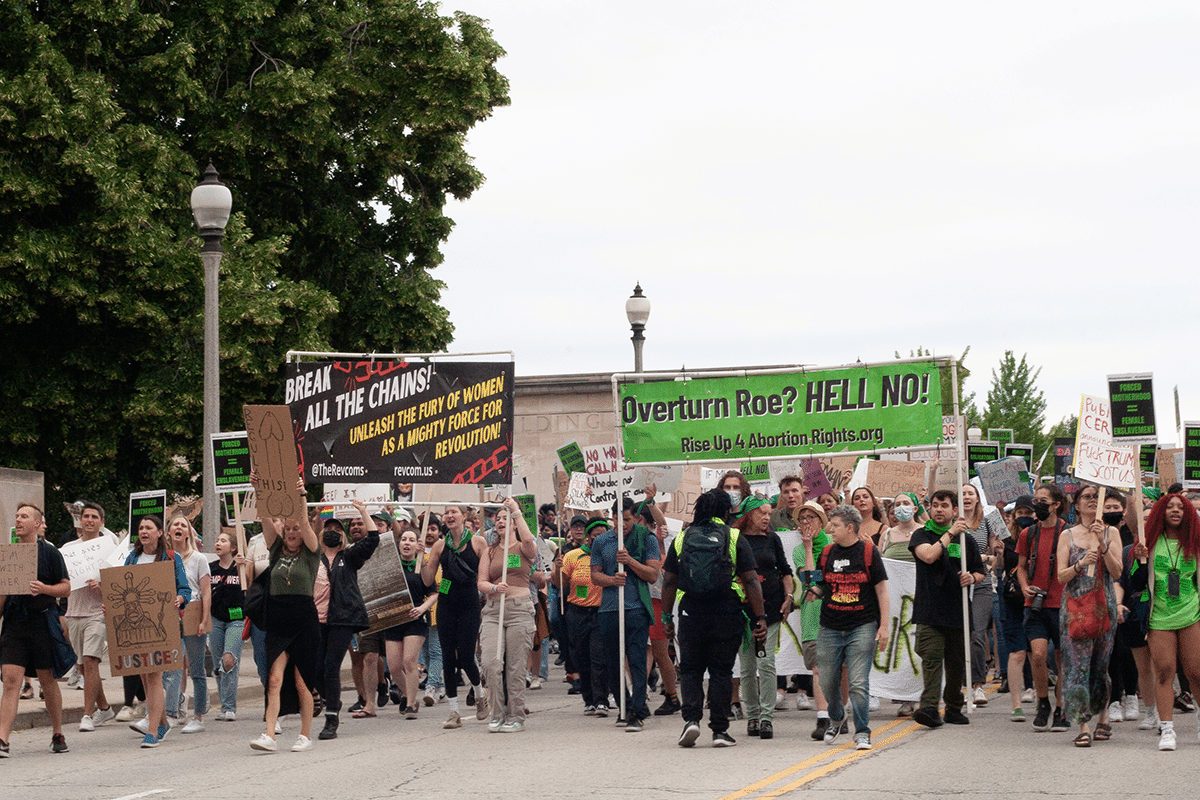 Jessie Davis, one of the organizers from Rise Up 4 Abortion, said, “The recent Supreme Court decision is illegitimate. This ruling is illegitimate. We are not going to allow women and people, beautiful people across this country, to go without abortion. This is a crime. It’s a violation of women’s rights, it’s a violation of humanity’s rights. So we’re saying to people, we’ve got to be in the streets. We’ve got to basically be saying, ‘We are not going to allow this society to function unless we have the right to an abortion. We are going to put our bodies into the gears of this society all over this country.’ No matter how difficult it is. It will take courage. We’re talking about non-violent mass protest. People in the street, taking their lives into their own hands and standing up.”

Moving Pictures: ‘Hustle’ and the Effortless Charm of Adam...