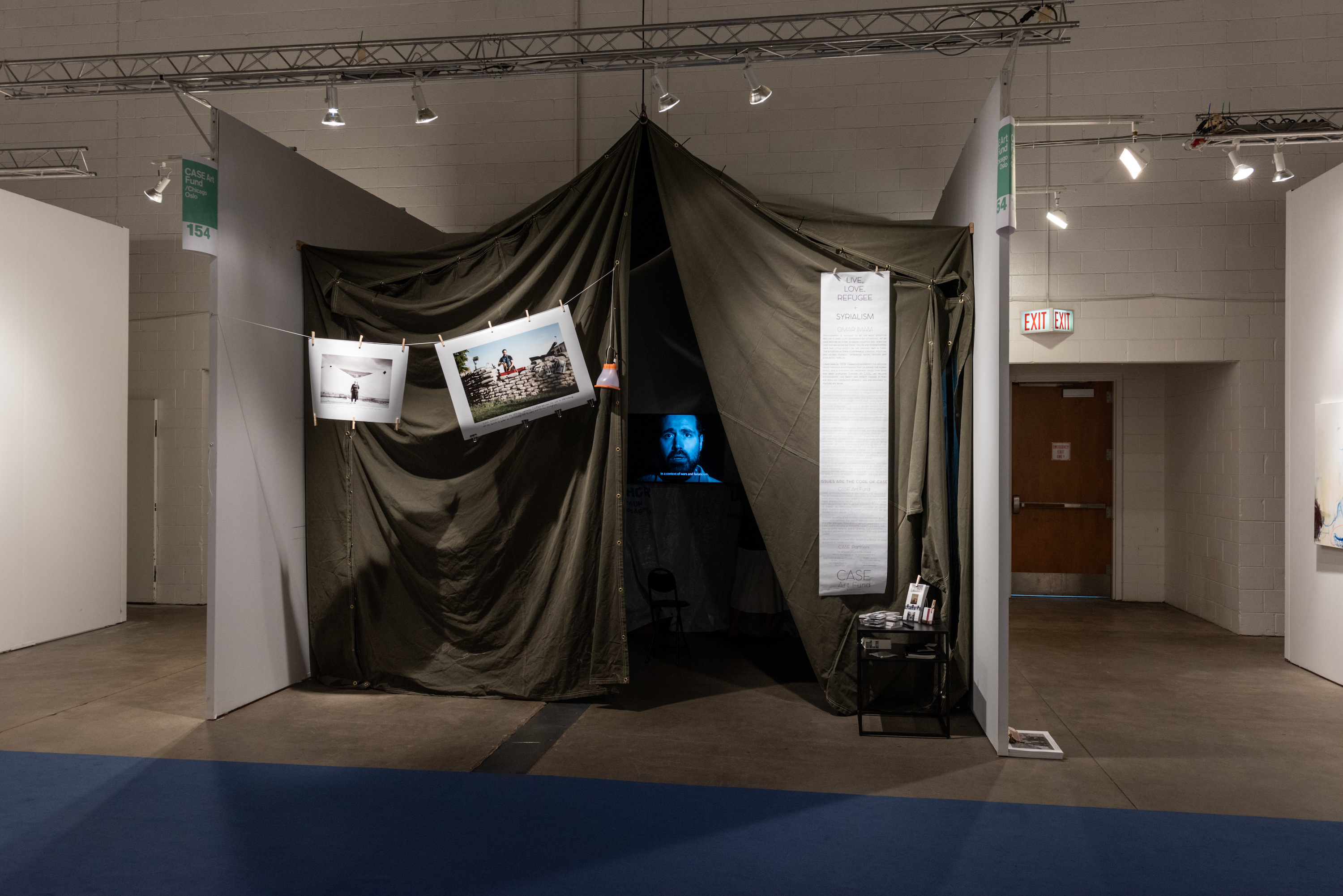 Here are some alarming truths: the Endangered Species Act is under threat despite the best efforts of the National Resources Defense Council (NRDC) to prevent another lion, tiger, or bear from going extinct. And as Human Rights Watch (HRW) has reported, the global garment industry is a $2.4 trillion affair, yet most of its laborers would starve without overtime.

The world is falling apart at the seams. And we still have art fairs.

Which begs the question, what are we going to the art fair for? To have our ideas of the art market confirmed? To be surprised by new artists we discover? What happens when we discover an artist talking about extinct species or labor cooperatives rather than aesthetic ideals?

EXPO Chicago, in its seventh edition the last weekend in September, was abuzz with 38,000 art aficionados winding their way through a maze of gallery booths, publication stands, and art-related panel discussions in Navy Pier’s Festival Hall. Amid the crowds at the annual art fair was a line of booths marked by little green plaques. These “Special Exhibitions,” which were just across the aisle from EXPO’s commercial galleries, were booths occupied by nonprofits using art to deal with social justice. 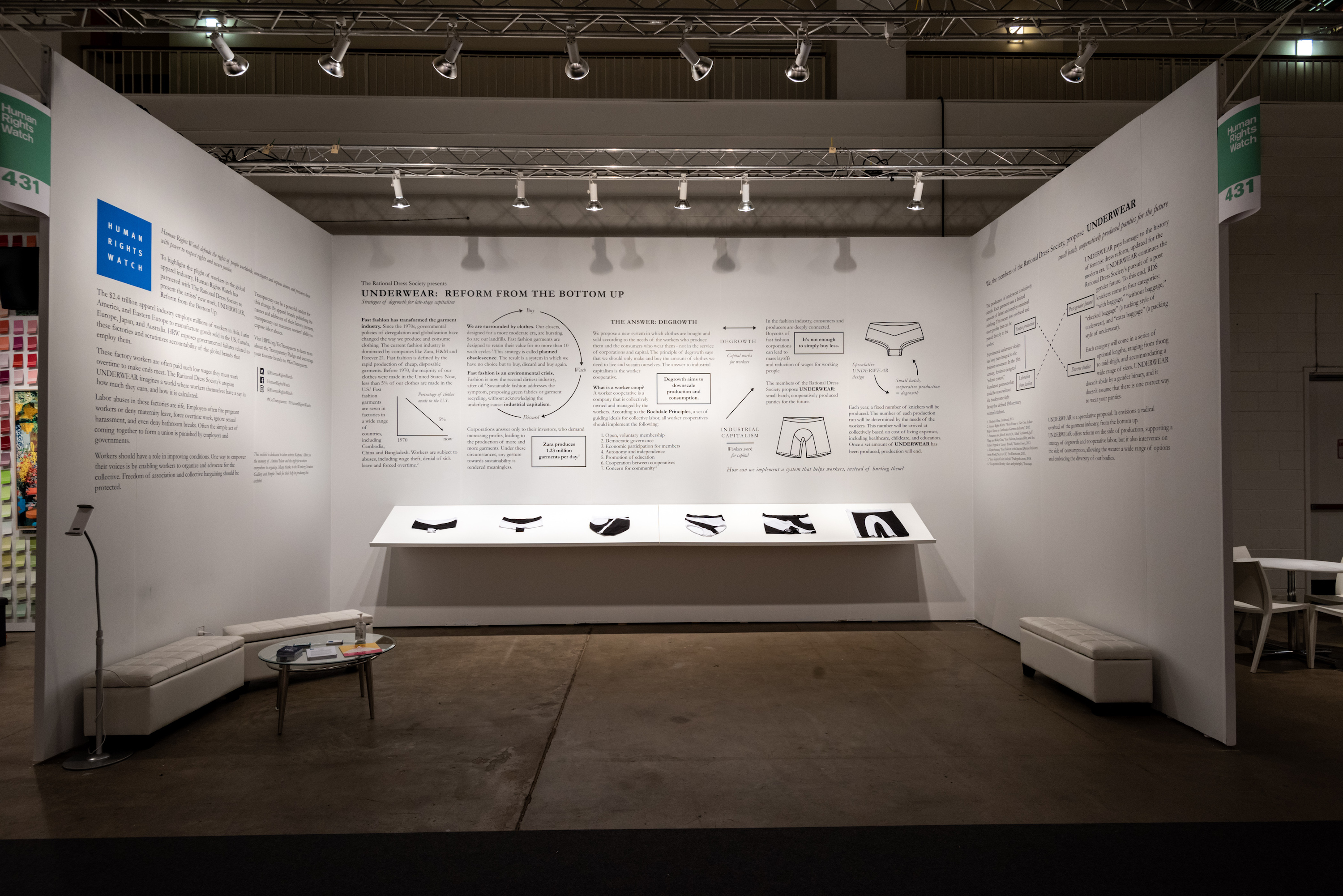 Returning for a sixth year at EXPO, Human Rights Watch presented work by the Rational Dress Society (a collective of Abigail Glaum-Lathbury and Maura Brewer) titled UNDERWEAR, a call to support garment workers’ collective bargaining power by releasing limited edition undergarments. The wares were on display below an extensive infographic stretching all three walls of the booth. Visitors apparently need it hammered out in supersized infographics what conditions labor activists are fighting against (it’s spelled d-i-s-a-s-t-r-o-u-s). The stark black text and images on the white walls explained the poor labor conditions and how panties are the solution. Commenting on their involvement in EXPO in a public statement, HRW says that they believe “art translates human rights abuses in a way that urges viewers to take action.” At EXPO, undergarments are synonymous with ethics.

EXPO’s promise for the “Special Exhibitions” participants is that they will “move beyond the static paradigm of the ‘information table,’ encouraging a presentation that more appropriately reflects … core programming, while supporting the organization’s marketing, fundraising and membership outreach.” This dynamic proposition comes at the cost of $2,500 for a 200 square foot booth or $4,000 for a 400 square foot booth. In comparison to the pricing for commercial booths, which begins at $24,000 for the same 400 square feet, it’s a steal. 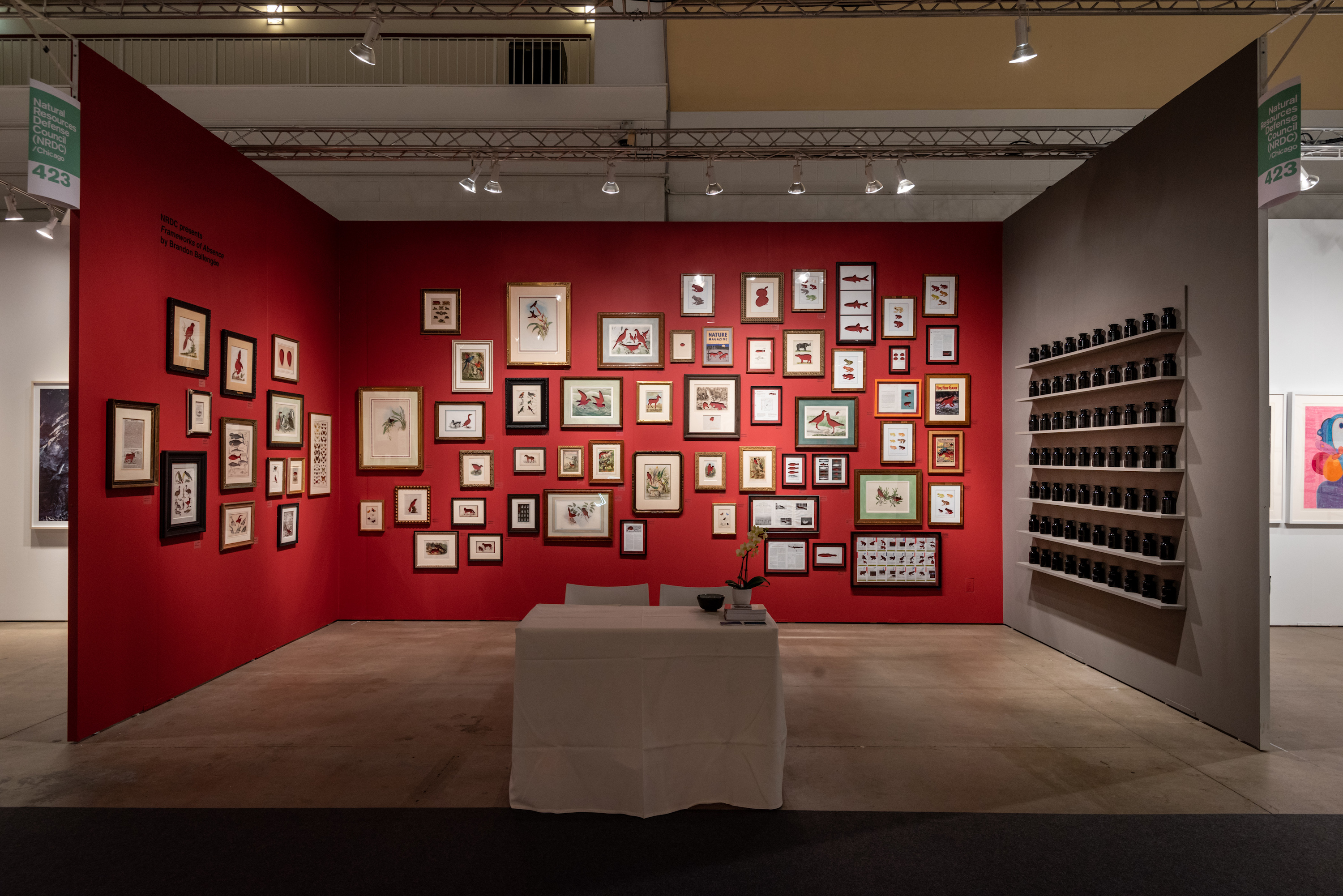 The NRDC, another nonprofit making a return to EXPO, maintains a commitment to art as a tool for engaging audiences in their cause. In a 2017 Artsy article, the Director of Art Partnerships at NRDC, Elizabeth Corr, spoke to the need for artist participation in environmental sustainability work. “One of the really hard things about climate change is that people struggle to imagine it, and imagine what it looks like,” Corr said to Artsy. “Artists and art have the incredible ability to break down that barrier.”

Brendan Ballengée, the NRDC’s 2018 Artist in Residence, certainly plays on the ethos of viewers to light a do-good fire under the asses of viewers. Ballengée’s works on paper are negatives. The artist cuts extinct animals out of prints published around the time they died, then burns the remains and asks us to scatter the ashes as we would our grandmother’s. The resulting emptiness is what Ballengée refers to as the “Frameworks of Absences,” which is also the title for this series. Ballengée describes this grieving ritual as “at once imprinting species loss at a personal level and also importantly an invocation towards a conservation mindset to counter future extinctions.” There, in action: art and conservation.

Among the established charitable organizations, CASE Art Fund made their debut. The new nonprofit, co-founded by Chicago gallerist Catherine Edelman, focuses on the role of fine arts photographers in raising awareness for human rights. For their inaugural EXPO booth among the “Special Exhibitions,” CASE displayed two series by photographer Omar Imam that depicted the surreal reality of the Syrian diaspora and refugee life. “There was only grass, but I couldn’t pass it through my throat,” an inscription below one image read. “Yet, I forced myself to swallow it in front of the children so they would accept it as food.” We can assume that the speaker is the woman at the center of the photograph, seated at a small linen covered table, being served weeds by a forlorn waiter in the middle of a desert. This grayscale image could be fodder for a UNICEF end-of-year appeal, but the haunting description and pared-down portrait are beyond pity: they’re beautiful. “A work of art,” one passerby whispered in awe.