You might need a buddy to go as your wall text. 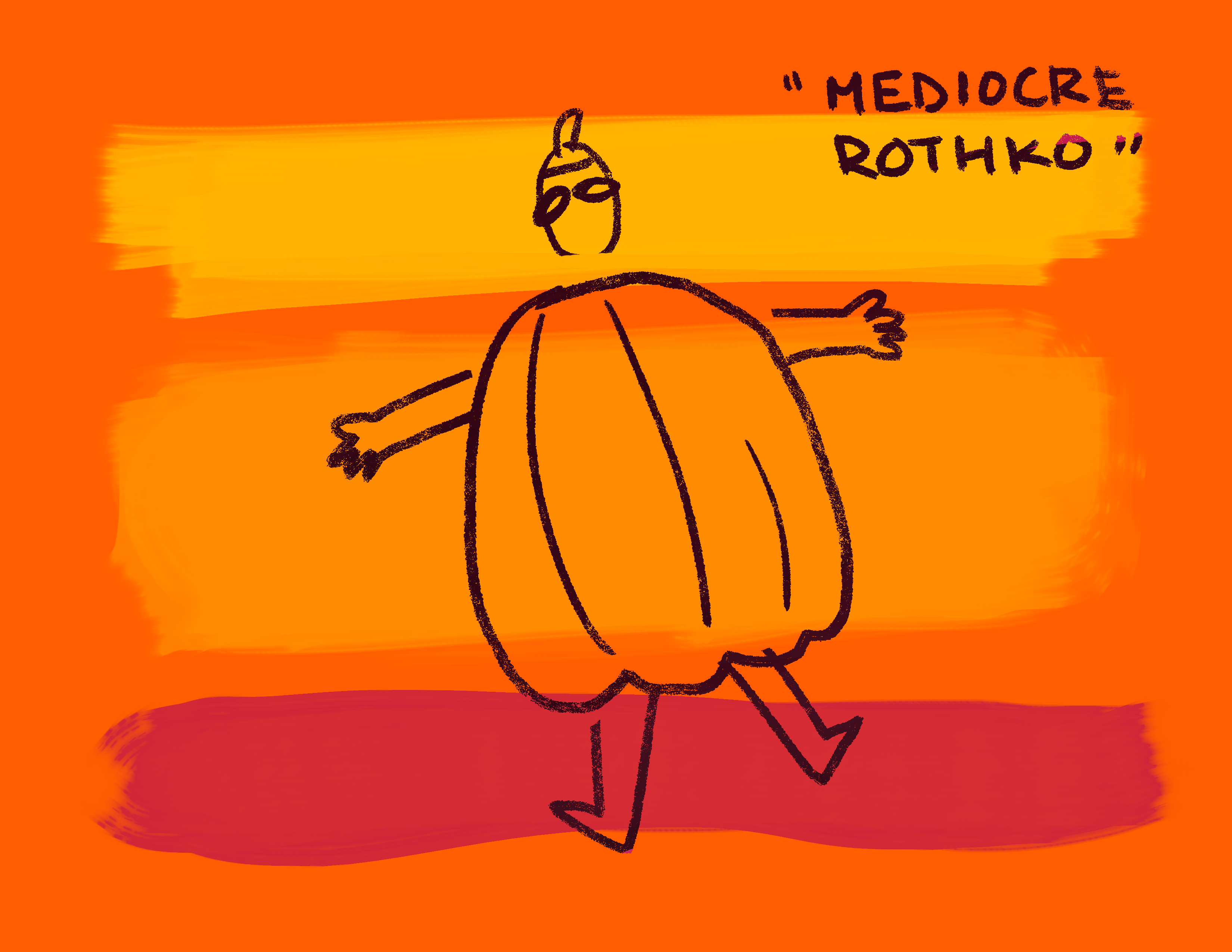 You wanted to wear something out-of-the-ordinary for Halloween because it’s an excuse to take a break from your default school look, which is somewhere between Seapunk and corpse. But the High Goddess of Planning Stuff frowned upon you and now you only have two minutes to pull a costume together. Fear not! With a little sleight of hand (and the right title), anything can become a conceptual costume.

A Pumpkin That Aspires To Be A Rothko

Perhaps you are a nice, round Cha Cha Kobocha that longs to swap lives with “Green, Red, Blue” (1955)? Or perhaps you are a Large Golden Hubbard that’s always dreamed of making its viewers weep at the sight of the stately “Orange, Red, Yellow” (1961)? Or maybe you are stronger in numbers and only as the assembled brethren of the Cucurbita pepo do you approximate “Orange and Yellow” (1956)?

The Sackler Wing of the Metropolitan Museum of Art

Let’s get crafty with corporate responsibility! String a bunch of empty pill bottles around your neck like a good ‘ole pasta necklace, then affix hundreds of millions of dollars of OxyContin advertisements to yourself with a glue stick or something. Don’t forget the googly eyes! Purdue Pharma may parade around as a major philanthropic donor, but did you know it’s actually run by social practice artists? Fuelling the opioid epidemic by intentionally misleading the public about the risks of addiction associated with OxyContin, is, after all, a type of social engagement!

The tourists and businesspeople you crawl past in your Superman costume from the Monroe stop to MacLean might think you are either an injured Superman OR freshman performance art. We know you’re actually just dressed up as a piece of performance art, not making “the real art” yourself. (If you try to spend All Hallow’s Eve as Sturtevant, on the other hand, your costume becomes annoying enough to re-qualify as Art).

I would recommend dividing your body cleanly down the middle so your face is like half toothpick mustache and half blonde bouffant.

Not Chewbacca, But In Fact Meret Oppenheim’s Teacup

While we’re on the topic of funny furry situations, I have something else to show you.

If you do not actually wish to interrupt your strict sugar consumption schedule by preparing pad thai for yourself and your viewers, you could just get some at a restaurant. But in this case, you must inform the preparator of your noodles that they are reenacting an early relational aesthetics piece. (Does this mean that the cook is dressed up as the art handler or as the artist?)

Start wearing a single outfit in April 2019 and don’t take it off until Halloween of that year, when your six-month uniform will at last be heavy with the twin fruits of meaning and malodor! 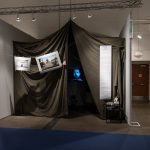