At its best, the weird and wonderful Air Sex is surprisingly feminist.

The lights dimmed, and I heard the crowd begin to throb. The 300-person-plus audience had outgrown the small front bar stage at Portland’s Hawthorne Theater, and we had moved our operation into the much larger main stage in the back, which was normally reserved for all-night post-punk shows and mosh-ridden hardcore sets. This was not that. The DJ started playing my track – an elaborate homemade mash-up of “I’ll Make Love To You” by Boyz 2 Men, “Wrecking Ball” by Miley Cyrus, and “Put It In Your Mouth” by Akinyele. I walked on stage, looked up and out at the curious faces, and unzipped the (imaginary) jeans shorts in front of me. It wasn’t until I took out the (invisible) man’s (make-believe) (and enormous) penis, though, that the crowd went completely wild. 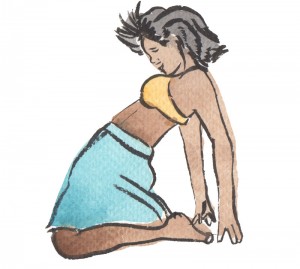 Air Sex is like Air Guitar, but instead of shredding a nonexistent Gibson to your favorite hair-metal band, you climb up on nonexistent torsos and do, well, whatever you want. (Hair-metal bands are optional, but by no means discouraged.) In the years I have been a judge at Air Sex competitions (yes, there are judges), I have seen people make imaginary love to mimes, giants, every type of animal, and, in one case, “The fist of the Universe Herself.” People use props (sometimes invisible, although not always); people get dressed up; people practice all year long. It’s always a spectacle, no matter what size the crowd.

Here’s how the show works: for about an hour leading up to the main event, Air Sex producers walk around the venue gathering sign-ups for the show. Anyone can sign up – all you have to do is write down a song (an example is “Pony” by Ginuwine – which is what pretty much every girl who has dabbled in sorority life chooses), and a stage name (this is a challenge for people, but it’s usually a sex pun, like “Ding Dong The Legs Are Spread” or “Puss-Seamonster”). Then Chris Trew, who hosts the show and travels around the country with it, comes up with a show order, and contestants are brought to the stage to perform their routine in front of a panel of celebrity judges – usually consisting of comedians, sex shop owners, porn stars, minor sports personalities, and Twitter superstars; once David Arquette did it, and another time Amy Heckerling (who wrote “Clueless”) sat on the panel. The three best contestants are chosen, and then they come back up to perform in tandem to a surprise song. Finally, the audience chooses a champion, as determined by applause.

I spent two summers on tour with Trew and Air Sex, and fell completely in love with the whole thing. My grandmother wasn’t thrilled with it (“People will find out, and you will be unemployable”), but I was on a sort of YOLO kick so I didn’t care. At first, like most people, I didn’t know what to make of a show called Air Sex. When you hear it described, it’s kind of hard to understand how such a weird idea can be an entire touring enterprise. First-timers who end up at Air Sex shows on a Friday night – usually because they had a moment of incredulousness when they saw it advertised in their local indie weekly and had to see for themselves – are unanimously awkward and giggly. On tour, I was often tasked with walking up to strangers and asking if they wanted to compete. Ninety-nine percent of the time, people would let out a stupid guffaw before saying, “Um, NO. I just came to, like, see what this was all about. I have to drink more before I can even WATCH this thing.”

For those who have been around the Air Sex block, however, there is something almost religious about the show. I didn’t understand this at first – I was sort of in the awkward, giggly set myself. But then I started watching people perform their Air Sex routines with a sort of enthusiasm that surpassed the typical zeal with which people participate in other forms of comedy. People really got into Air Sex. It took me some time to understand that this was because Air Sex gives people the chance to make public their deepest desires and fantasies; to dwell in their unabashed sex-positivity; and all-the-while to acknowledge the potential inherent silliness of this whole intercourse thing we all spend so much time thinking about. At its best, Air Sex is, oddly, incredibly beautiful. 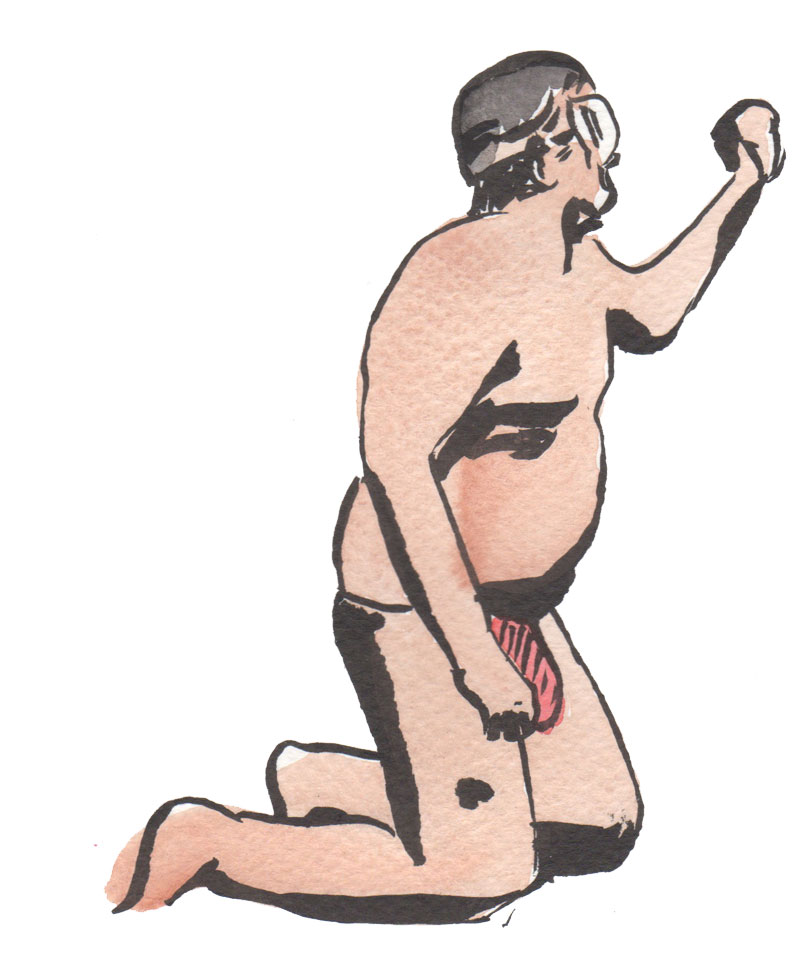 sible partners. Trew, however, is an expert at keeping the space safe, positive, and loving. I have watched him kick people out who come to Air Sex shows with lewd intentions faster than those people probably come. (Burn.)

The best part of an Air Sex show, in fact, is when women perform honest, unabashedly sex-positive routines in which you can tell that they enjoy having (invisible) sex, and that they take ownership over their own preferences. There is something deliberately and unapologetically feminist about Air Sex in those moments; if I’m being honest, it can get me almost teary-eyed.

The greatest example of a feminist and sex-positive Air Sex routine I have ever seen came (no pun intended) right out of Chicago. Her stage name is Cuntastrophe, and after winning the Chicago Air Sex Championship in 2013, she went on to win the Air Sex Season 5 World Championship (which is documented in the fantastic documentary, “Air Sex: The Movie”. In her award-winning routine, Cuntastrophe believably plays with an array of invisible dildos and vibrators, trying to find the best orgasm possible. There is something so earnest and beautiful about watching her explore her sexuality on stage, and hearing her talk about how proud it makes her to be able to do it.

Cuntastrophe inspired me to create my own Air Sex routine, which I debuted in Portland (where I am from) last Christmas vacation. My mom and dad came to the show, and my sister (whom we dubbed “DJ BJ”) ran the sound. I spent some time beforehand writing down what my biggest fantasy would be, because I wanted my routine to be the most honest and awesome performance of my life. There were strap-ons and girls of all shapes and sizes. There was a man who I knocked to the ground and tried a reverse cowgirl on. There was even an explosive orgasm composed of pure glitter. It was one of the most rewarding experiences of my life. My mom told me she was “really proud.”

Air Sex will be making its way through Chicago again as part of its East Coast Tour. The show will take place on October 25 at 8 p.m. at the Chicago Underground, and tickets are $12. I’ll be there, relishing in what has become one of my favorite shows on earth. 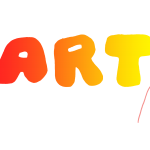