Workin’ Out or Hardly Workin’?: The Truth About Dance Dance Party Party

Dance Dance Party Party is a spirited way to work out, but not maybe not the most effective for die-hard gym rats.

I must admit that I have a slight workout class fetish. Yoga, Pilates, spinning, Zumba — I’ve done most of it. On a weekday evening, I was cooking some dinner and I had the Game Show Network on in the background. In between onion chopping, I heard one of the contestants say that she was one of the creators of Dance Dance Party Party, a weekly women-only freestyle dance workout. I immediately stopped chopping and Googled the shit out of it.

I made my way to the Perceptual Dance Motion Studio in Ravenswood the following Wednesday evening. I put my things down and chatted with some of the other women, most of whom were teachers. At this moment I started to get a little nervous because more women were walking in and everyone seemed to know each other already, so I felt a little awkward as the “noob.”

That awkwardness was quickly broken when one of the leaders of DDPP Chicago organized the group into a circle. She explained the rules and had me introduce myself; I was greeted with many smiles. The rules are that there are no rules as to how you dance, remember to drink water, and no talking. I was taken aback by the “no talking” rule because I wanted to get to know the people taking the class a bit, but I was excited about it because it meant that I didn’t have to worry about small talk or even worse, no one wanting to talk to me. She explained that it is best not to talk because they want to ensure the latter piece of their motto: “No boys, no booze, and no judgment.”

The peppy leader then broke up the circle introduced the DJ of the evening, one of the regulars in the class. She admitted that she had been working on this mix since August. The group cheered with respect and excitement as she loaded up her playlist. Then the lights dimmed low and the cheesy multicolored swirling lights peppered the room and quickly turned the place from bare DIY studio, to a scene from “Romy & Michele’s High School Reunion.“

The playlist started with a Michael Jackson song, and everyone immediately lit up. As the song continued, I noticed the different modes that people were operating in. In every workout class, the levels of intensity can almost always be divided in three. You’ve got your high-energy bunny rabbits, who pretty much always have their own gear and are secretly dying to teach the class; you have the majority of the group, who waver from high to medium energy, take plenty of water breaks, and talk the most; and then you have your low-energy people who rule at keeping everything modified. Some people used the class as a cardio craze, showing off ballet and yoga moves that they have and will never forgot; some (like me) used it as a way to let out some weirdo energy and moves; and others used the class to just sway in the company of positive women.

The group never formed a circle again. Everyone danced in their own sphere of freedom and not many of us weaved in or out of different areas of the space. With the lack of verbal conversation, except for the “woo hoos” after each song, it was strange to have such a singular experience within such a communal experience like dance. With each song, I found myself doing moves that were so elaborate and intense, I surely thought I was going to hurt myself and/or others around me. But alas, no one’s fate resembled this poor child’s.

While the workout itself is extremely fun, invigorating, and positive, it follows certain trendy group workout norms that I find a bit off-putting. Many group workouts nowadays have this utopian mission. SoulCycle wants you to find your soul, boot camps want you to become a machine, and DDPP wants you to just be free. While all of these are great motivations for working out (maybe not boot camp for the faint of heart), these sorts of gimmicks can cloud people’s perceptions on what a group workout should do for them. For me, it should be a place to learn something new that I can apply to my own workout routines and it should create a vibrant and non-toxic group dynamic. DDPP certainly does the latter, but it taught me more about identity than actual workout combinations, which I completely appreciated.

DDPP does provide a great way to get a dance in, but would I consider it a proper workout class? No. Would I consider it a spiritual cleanser? Absolutely. Of course, you get what you put into the situation, but if you’re the kind of person that needs pressure or a boost from other people to reach your energy peak, don’t expect that in this class. Everyone is moving in different paces and is experiencing a personal moment that cannot and should not be disrupted. 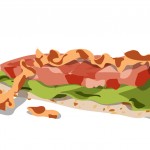 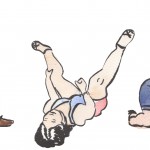