A Fight at the Museum

Reports have documented unsafe and unfair working and living conditions among the construction workers erecting the Guggenheim Abu-Dhabi.

Tensions Flare at the Guggenheim 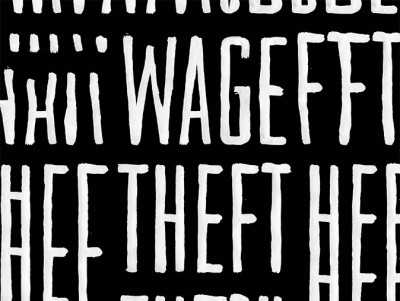 The Solomon R. Guggenheim Museum in New York was rocked in February when a typically innocuous Thursday night became the site of an impassioned protest.  Bearing signs reading “Wage Theft” and “1% Museum,” protesters lined the spiraling halls of the Frank Lloyd Wright-designed icon of modernism and chanted an extended text accusing the museum of committing human rights violations.

The protest, organized by Gulf Labor, Occupy Museums, and NYU students, was the latest (and most direct) of a years-long series of criticisms condemning the Guggenheim’s complacent participation in the development of Saadiyat Island, a man-made cultural destination in Abu Dhabi.  The island’s development began in 2004, when plans were announced by the Abu Dhabi Tourism Authority. The proposed construction projects on Saadiyat, which are slated for a 2020 completion, include a luxury golf course, hotels, resorts, and multiple museums.  In addition to the Guggenheim Abu Dhabi (a 450,000-square-foot facility designed by Frank Gehry), the island will be home to the Louvre Abu Dhabi (designed by Jean Nouvel), a New York University campus, and a massive performing arts center by architect Zaha Hadid.

In their description of the planned Abu Dhabi facility, the Guggenheim Foundation explains, “The museum, the largest Guggenheim in the world, will have global art, exhibitions, and education programs with particular focus on Middle Eastern contemporary art. The Guggenheim Abu Dhabi joins other leading international cultural institutions in the unprecedented creation of a vibrant cultural destination for visitors from around the world.”  While few would dispute the truth of the Guggenheim’s claim, it is the human cost of creating such an unprecedented cultural destination that has been fueling outrage against the institution.

The controversy surrounding the Guggenheim Abu Dhabi and other Saadiyat projects stems from a series of Human Rights Watch reports that have documented unsafe and unfair working and living conditions among the construction workers erecting the island’s various luxury buildings.  The vast majority of manual laborers employed for the various construction projects are migrant workers from Southeast Asia and other nations.  Prior to being offered their jobs in Abu Dhabi, many of the workers are required to pay recruitment fees to companies that staff the construction sites on Saadiyat Island.  The fees establish an extensive level of debt that must be paid off using wages acquired through the construction jobs, but the workers are considerably underpaid.  This effectively makes the workers indentured servants, and they are forced to work for extended periods of time before they even receive any form of payment from their employers.  Workers’ passports are often confiscated upon their arrival, so they lose the ability to freely leave their work sites.  Boarding conditions are cramped, and days of work stretch well beyond twelve hours despite the region’s blistering heat.

In response to the labor situation on Saadiyat Island, groups of artists and concerned citizens have come together to formalize and combine their collective activism and promote awareness of the potential human rights violations occurring in Abu Dhabi.  The earliest major demonstrations occurred in 2010, first with a group of NYU students organizing a campaign entitled, “Who’s NYU Abu Dhabi?” through which the working conditions at the new facility’s construction site were called into question.  A few months later, a group of 43 artists operating under the name GulfLabor signed a letter urging the Guggenheim to monitor and maintain the working conditions of its new location and vowing to boycott the museum if it failed to address their concerns.  In each case, the activists were met with reassuring responses from their respective subjects of criticism: NYU’s administration announced plans to ensure the wellbeing of any workers for its project, and Guggenheim Director Richard Armstrong and Chief Curator Nancy Spector each met with GulfLabor to assure that they were keeping a close watch over their foreign labor conditions.

In both of these cases, the protesters were dissatisfied by the responses, as neither group was convinced that any conditions would see improvement without a dedicated third-party monitor with the ability to randomly audit the site’s conditions.  The next several years saw similar developments: with the Guggenheim’s announcement of Frank Gehry as their new museum’s architect and their subsequent unveiling of his extravagant plan for the museum, activists became increasingly frustrated with the institution’s failure to create solidified plans of action to protect laborers.  The Guggenheim eventually announced a partnership with PricewaterhouseCoopers (PwC) to audit working conditions, but GulfLabor was skeptical of the the move, stating, “Although we are encouraged by the promise that PwC will conduct ‘surprise site visits’ as well as release comprehensive reports to the public on its audits, we await to hear more details of the monitoring programs that PwC will put in place.”

In the years since these early incidents, the labor conditions on Saadiyat Island have seemingly failed to improve.  Workers from ArabTec, the company responsible for supplying the Louvre’s labor force, went on strike in May 2013, and a few months later, violence broke out on the island resulting in the hospitalization of 40 workers.

In response to the recent demonstration at the Guggenheim’s New York location, Richard Armstrong released a statement explaining, “As global citizens, we share the concerns about human rights and fair labor practices and continue to be committed to making progress on these issues. At the same time, it is important to clarify that the Guggenheim Abu Dhabi is not yet under construction.”  Regardless of whether or not the Guggenheim has been complicit in any of the labor woes that have plagued Saadiyat Island to date, its commitment to identifying and remedying the existing problems remains unproven.  The museum is expected to open in 2017.

Arts & Culture A Fight at the Museum
« Previous Story 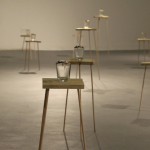 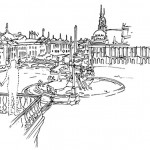