The Field Museum shows its origins, warts and all, in the 1893  World’s Fair. 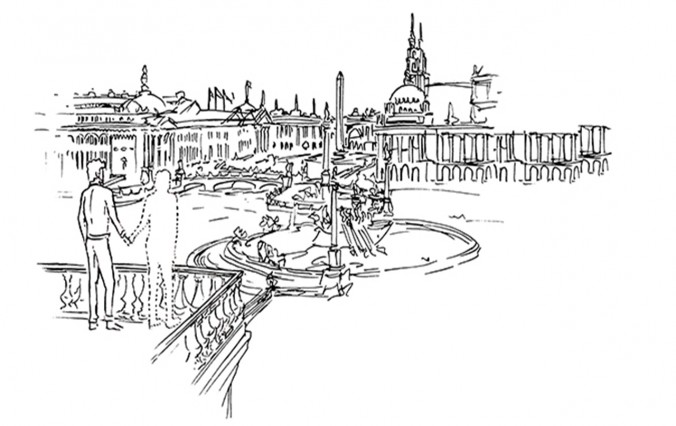 “A view offensive by today’s standards.” This is the take on the World Columbian Exhibition that Chicago’s Field Museum of Natural History seems to have in its exhibition, Opening the Vaults: Wonders of the 1893 World’s Fair, on view at the museum until Autumn of next year.

To promote his latest film, The Grand Budapest Hotel, director Wes Anderson paused for a post-screening Q & A with an audience at Chicago’s Music Box Theater. Though he declined F Newsmagazine’s invitation for an interview, Anderson later agreed to astral project to the Field Museum to join this reporter in offering thoughts on the exhibition.

Wes Anderson: Where am I?

Troy Pieper: Wes, it’s okay. You’re inside that natural history museum in Chicago. Remember, we thought it might be disorienting at first.
Now, I can’t see you, of course. We’re communicating telepathically, but I’m going to record. Are you cool with that?

TP: Look at this: so the fair was meant to commemorate the 400th anniversary of Christopher Columbus coming to America, and Congress “awarded” it to Chicago in 1890, because the city raised more money than New York City, St. Louis and Washington, D.C.

Have you seen Meet Me In St. Louis from the ’50s or maybe the 40’s? I don’t really like Judy Garland, but that’s just one of those films, you know?

TP: I have seen it. Those fake snowmen that won’t quite break when the little sister tries to knock them down!?

TP: Okay, we’re getting some background here. These timelines are great. I didn’t realize this was the same year the worst economic crisis up to then, and Chicago still spent $46 million on the fair, which is…$1.2 billion in today’s dollars.

WA: But it says here it turned a profit. Wait, wouldn’t the anniversary of Columbus’ arrival be 1890-twooo?

Passer-by: This says there were construction delays and stuff. Are you…who are you talking to.

WA: Are there still world’s fairs? I mean, this huge six-month-long thing clearly brought everything, every technological innovation — electricity — to this one place. I guess that’s what the Internet does now.

TP: Apparently Edison and Westinghouse battled for the right to electrify the fairgrounds, and Westinghouse won thanks to Nicola Tesla’s safer alternating current and the pressure insurance companies were putting on the fair’s organizers. Makes sense considering this was only a couple of decades after the Great Chicago Fire. Do you know about that?

I want to make a joke about Tesla the band and AC/DC.

TP: So do I. The year after the fair two different fires destroyed most of its structures. But that’s not funny. “World’s fairs” finally came up on my Android. They do still have them. The next one is in Milan in 2015.

WA: This is a lot of background. Pabst Blue Ribbon Beer (PBR) was unveiled at the fair, I didn’t know it was that old. Can we just skip to the artifacts?

WA: We’re talking about this show. It’s not an interview.

WA: Wait: after the fair ended somebody thought it would be good to have somewhere to put all of the stuff from the fair, and now that’s the museum we’re in right now!

WA: Look: The Columbian Museum of Chicago. It bought everything Ward’s Natural Science Establishment had, this company that supplied universities and museums with stuff to study, and they mounted one of the fair’s biggest exhibits. Taxidermy, meteorites.

TP: Maybe I’ve seen this stuff then in the permanent collection parts. I like that the museum drew from its own collection to mount a special exhibition. Normally only art museums do that, and even they don’t do it very often, I think.

WA: I’m looking at this walrus.

TP: Wes, what do you think of some of the language they’re using on this accompanying text?

WA: “The fair was intended to be educational, but nearly everything was for sale.” That’s interesting.

TP: Of all the stuff the museum got after the fair (they paid Ward’s $95,000 for everything it had), this exhibit is pretty tiny. Most of it is made up of the pieces that show I think two basic themes of the fair.

Here are some fossils of the plants that were thought to form oil, and across from them is an installation about the “Magic Wonder in Fur.” Look at the text accompanying these, “It’s clear that the Western World was finding a balance between admiring, studying and preserving creatures.”

WA: I’m not sure about a “balance,” but the museum seems to be really willing to acknowledge how problematic a lot of what was on display at this fair was.

Like this photo of three white ladies looking on as some Samoans do a traditional dance, and they comment on how the ladies are snickering. The caption says, “The Fair probably didn’t facilitate much understanding.”

TP: And they’re talking about the science of anthropology coming of age in the 1800s as a direct result of colonialism. That makes sense. People were looking for ways to understand the cultures they had been encountering.

WA: Understanding through what?

TP: And the museum is not ignoring that question: “Since the Fair, anthropologists have rejected the idea that cultures can be ranked from ‘primitive’ to ‘advanced.’”

WA: They’re saying exhibits like the one about Javanese culture were “oversimplified views,” but it almost seems like the museum is overcompensating for guilt about the fact that its own origins are in this fair where people were talking basically about exploiting natural resources and stereotyping other cultures.

(We leave the exhibition.)

WA: One of the last installations in there said something about objects alone not being enough to communicate the complexity of a culture and that today’s anthropologists are trying instead to “co-curate collections,” presumably with members of the culture that’s on display.

TP: Like the exhibition right next door that you’re telepathically pointing to.

TP: Bunky, that could be a character in a film about a political artist. Have you ever considered making a film like that, Wes?

TP: The curator, Alaka Wali, is quoted, “ … anthropology … holds the potential for social change…and so does art.”

WA: Did you see this painting of Yoda wearing a headdress? 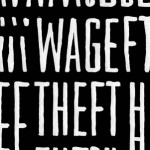 A Fight at the Museum 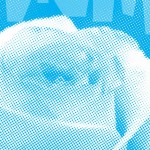